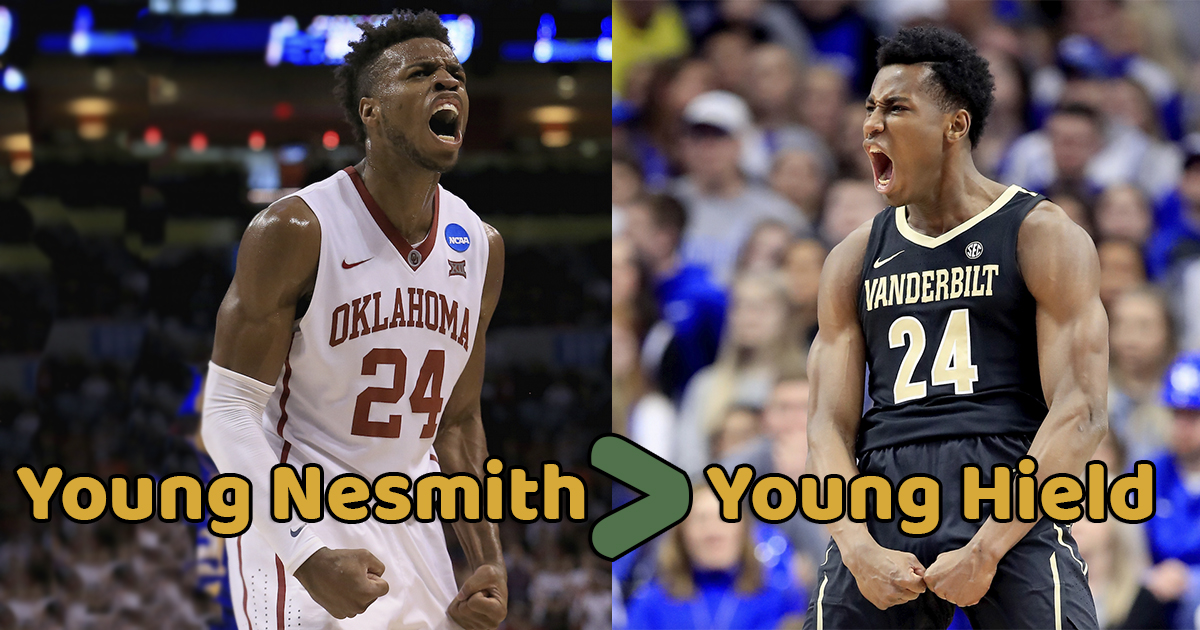 Note: We discussed a lot of this in the most recent episode of The Celtics Reddit Podcast.

I believe Buddy Hield is available. I believe his shooting could help us... though his defense, contract, and personality might be a problem. We'll continue to see his name floated as a TPE option as we continue to spend the early part of this year in showcase season.

Certainly, some fans are concerned about Aaron Nesmith. Our own Zach Brassard just wrote an excellent piece on Aaron Nesmith looking lost in limited minutes so far in Boston. The whole point of spending a lottery pick on this kid was that he was widely seen as "the best shooter in College basketball". We need someone to consistently spread the floor for Brown and Tatum as kick-out options. Often compared to Buddy Hield, the hope was that Nesmith could be our home-grown version on a rookie-scale contract. Him coming out of the gate shooting 2-9 from three in 39 minutes of action isn't that encouraging.

Let's actually go through the exercise of comparing them as a means of "Putting Nesmith in perspective".

Buddy didn't even enter the league until he was 24 years old, having spent 4 years playing College ball and having used those key years of development to go from a scrub who averaged 7 points on poor shooting, to an NCAA star who averaged 25 points on 50%/46%/88% as a Senior.

So Nesmith is 3 years younger and far less experienced than Buddy was stepping into the league. As many have mentioned, due to COVID, Nesmith didn't have a Summer League, the team had a shortened training camp, a shortened pre-season, and minimal practice time. He's getting thrown to the wolves having not really played major competitive basketball in nearly a year.

Compare that to Nesmith's who has played a mere 39 minutes in his first 3 brief appearances, and has shot 3-12 with 2-9 from three. Look, it's not great... but it's certainly better than Grandpa Hield did in those first NBA minutes.

At this point in time, plenty of people were called Buddy a bust. He looked like he couldn't shoot at all. Dude was total trash.

Hield really didn't start to turn the corner until 21 games into his season when he finally had a decent performance. Funny thing is, by the end of the Year, Hield was averaging 10 points with a blistering 39% from three.

Will Nesmith follow that example and slot into a huge role by the end of the year? Who knows. But it's certainly worth keeping in mind. I'd suggest having patience. I hope to see Brad force him some minutes so he can get comfortable with the speed of our offense/defense. My guess is those shots will eventually start to fall for him. Remember, just last year Grant Williams missed his first 25 three point attempts. So far this year Grant's actually shooting an impressive 40% from deep. Give this stuff some time.