What the Hell Happened to...Sherman Douglas? 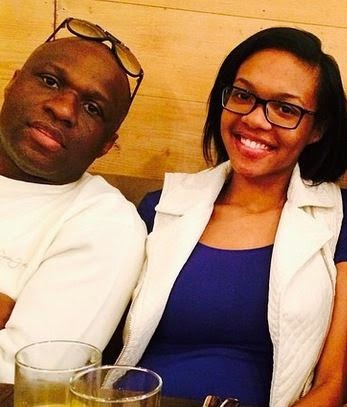 Long before Rajon Rondo attempted any of his floaters it was this guy, the General, that was known as the master of the push-shot.  If you watched Big East basketball in the late 80s, you would've remembered him running the point guard for the Orangemen of Syracuse.  If you followed the Celtics back in the 90s, you absolutely remember Sherman Douglas.

After attending Spingarn High School in Washington DC, he would go on to Syracuse where he teamed up with Rony Seikaly, Stephen Thompson, Billy Owens and Derrick Coleman under coach Jim Boeheim for some very talented college teams.  In the 1989 draft, Sherman was the first pick of the second round, number 28 overall by the Miami Heat (making him a first round pick today).

Despite being a second round selection, Sherman started 66 of the 81 games he played in and averaging over 14 ppg and 7 apg on his way to an All Rookie First Team.  He probably surprised some folks that year but if you'd watched him in college, you knew he'd figure it out.


Onto the Celitcs he went.  If you followed the team as closely as I did those years, you'll know this is where they stood in Jan of 1992: 1991, the first half of the season, Brian Shaw played very well.  1991 second half of the season, Dee Brown played very well after winning the Slam Dunk Contest.  Add to that in the playoffs of 91 how Shaw disappeared and Brown continued his torrid pace (including a tough contest vs Isiah Thomas and the Pistons in round 2) and Shaw (who was the starter) was beginning to seem very expendable.  Dee is looking even better in pre-season in October of 1991 but then has the devastating injury (which he never quite seems to reclaim his quickness from for the rest of his career).  With Shaw's play still inconsistent, it was time and he was moved for Douglas.

If you never got to see Sherm here's what he was: a pure point guard, very crafty and a very good passer.  His perimeter jumper was his Achilles' heel and he was never known as a terrific defender.  Back at a time where size was a premium, Sherman was forced to start in the backcourt with Dee Brown, forming the league's smallest starting backcourt by far.  Count me as thinking Sherm would definitely benefit from the rule changes today and the extra freedom that would allow him.  However he would have to improve his perimeter shooting and try and extend his range to the 3 point line.

But if you don't want to take my word for it, and are more of a visual guy, here's a great Sherman-mix from fellow Celticslife writer MuggsyTobs:

And what an impact Sherman had on my youth when I was as impressionable as ever!  I distinctly remember an 8th grade game on the fast break where I had a two on one break and I, who was typically the most unselfish player, ball-faked a pass just like Sherm did.  The defender clearly bit on it.  Meanwhile I laid it in and drew the foul for a nifty 3 point play.  I wouldn't have made that play without picking it up from watching Douglas play. 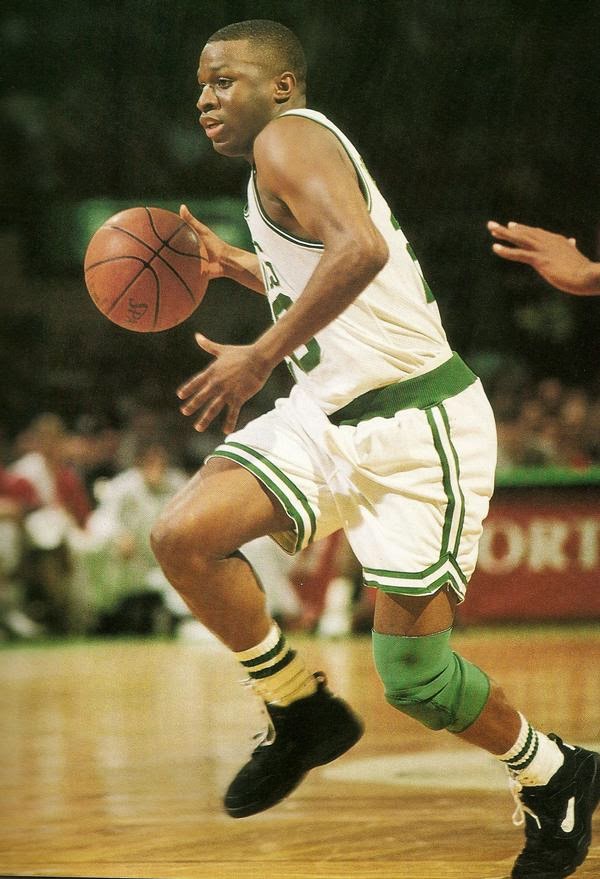 Eventually Sherman was moved to the Bucks in the fall of 1995 for Todd Day and Alton Lister. He'd play 2 years for the Bucks, a year with the Clippers and 3 years with the Nets before ending his career in 2001.  His longest tenure with any one team was the Celtics, for 3.5 years.

And yet if you didn't see the 1995 first round vs Orlando, and just based it off boxscores, you may not have known how close Boston was to pulling off that series.  I remember that series like it was yesterday, not 20 years ago.  The Celtics were annihilated in Orlando in Game 1 and then won Game 2.  Games 3 and 4 they were leading and leading late.  In fact if not for a Nick Anderson 3 pointer late in Game 3, Celts may have pulled that series off.  The Magic were the #1 seed and Boston was #8 but you could tell Orlando was nervous with guys like Shaq and Penny playing in some of their first pivotal playoff moments.  That was the last year the Boston Garden was open for play.

Winning that series gave Orlando an awful lot of confidence and they'd upend Michael Jordan in his comeback attempt from baseball in the next round, before going all the way to the Finals and losing to Olajuwon's Rockets.

Sherman inspired those Celtics and I believe they fed off his energy.   He believed they could win that series.  He convinced me they could too.

Sherm falls into an interesting category of former Celtics we've covered in What the Hell Happened to in that he wore multiple numbers during his time in Boston.  When he was first acquired for Shaw he wore #4 but then wound up switching and wearing Shaw's old number, 20.  The Celtics we've covered who have also worn two numbers are Kedrick Brown, Don Chaney, Lou Tsioropoulos, Tony Delk.  The Celtics we've yet to cover who wore two numbers are Mikki Moore, Al Jefferson and believe it or not, Marquis Daniels who wore three different numbers.

Today Sherman lives in Potomac, MD which is pretty close to the Potomac River where Karl on the Kayak takes place.  Maybe Karl can hope to find out more on Sherm for us since we couldn't exactly determine if he's actively working or not.  Douglas recently was selling his spectacular house, which you can see here.  And in December of 2014 he sold it to Rajinder Prasad and Varsha Morar.  A few years ago he was participating in the same over-40 basketball league in DC as Junior Burrough.  He has a daughter named Demi who you can follow on Instagram here or on Twitter at @iamdemidouglas.  Always check back with Celticslife for updates to this article, if we find out anything new about Sherman.

Celticslife thanks Sherman for his time in Boston and wishes him the best of luck in the future!

***Addendum August 2017***- Sherman's been spotted making appearances on the Real Housewives of Potomac making him the second Celtic (after Eric Williams) to be in a reality tv-show!