What are your top 5 video basketball games of all-time? 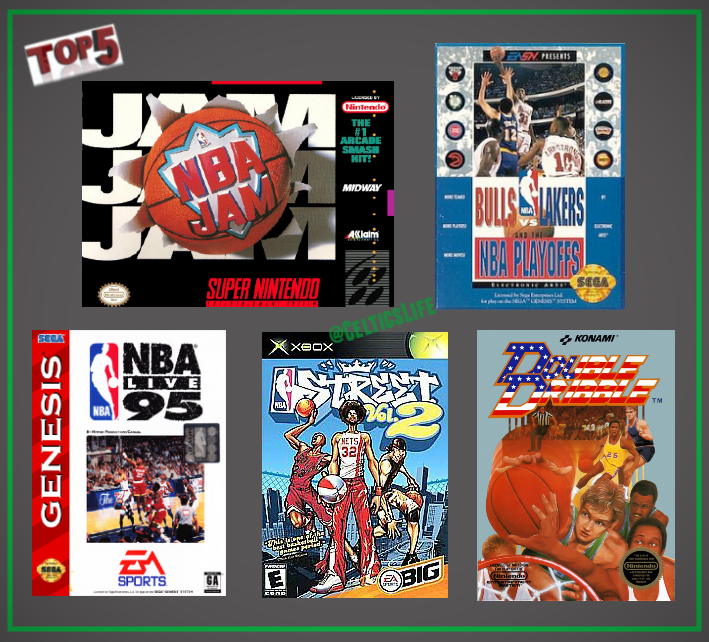 With the release of Next Generation NBA 2K21, marveling at the realism of how players look in 2020 video games, got me thinking about the evolution of the basketball video game. The graphics have come a long way since Double Dribble dunk animations were "next generation" cool.

Also and this might not be a popular opinion, but made me think that graphics actually got good enough about twenty years ago, and if graphics are at least least "good," I think it's more about gameplay and fun factor when deciding how great a basketball video game is. Everyone is going to have their own opinion and your top 5 will likely be heavily biased to the games you played growing up just like mine are. So no disrespect to the NBA2K franchise, but it won't make my top 5. Graphics are obviously the most realistic, but this list is about what games were the best for their time. 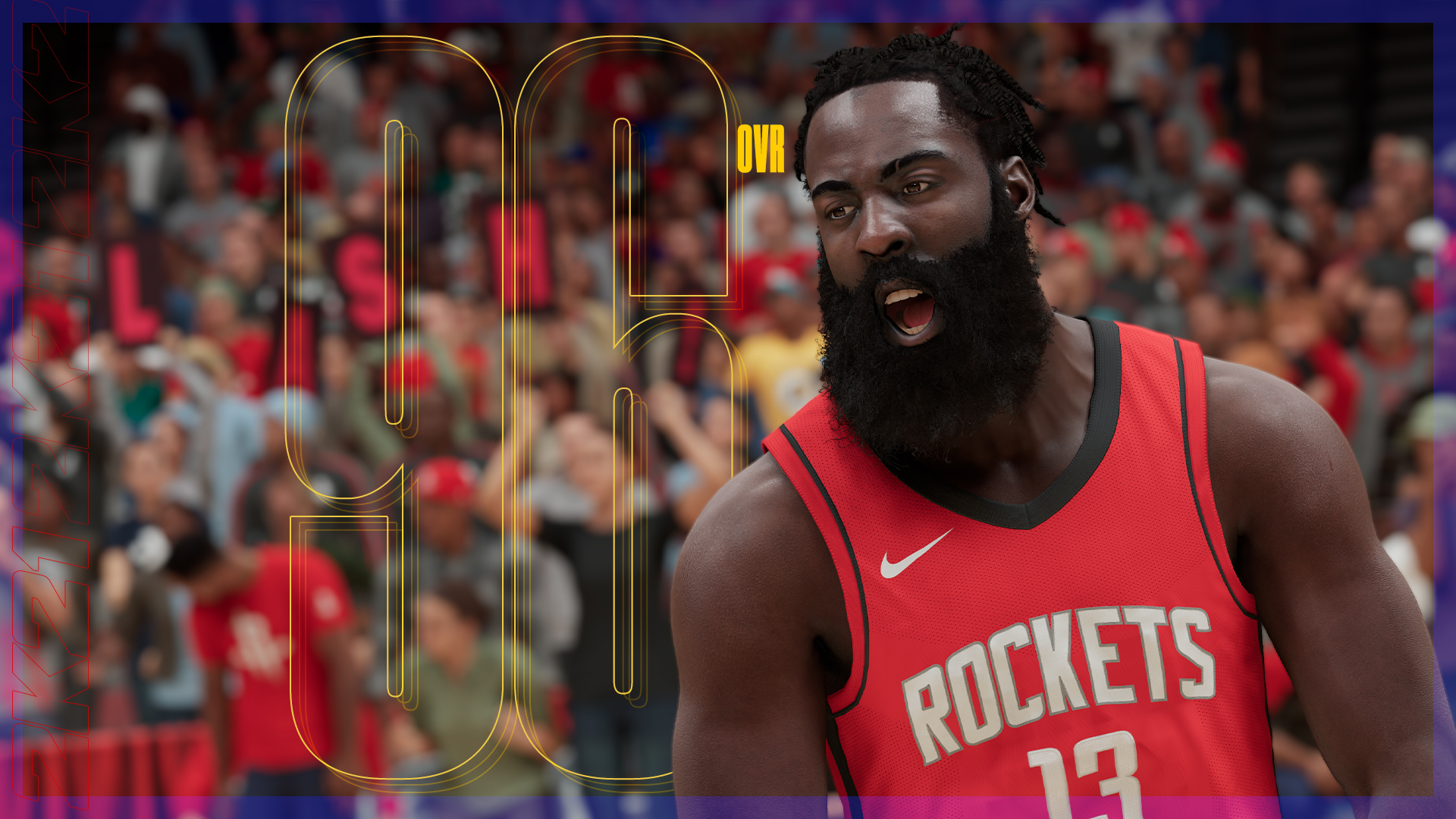 Also and this might not be a popular opinion, but made me think that graphics actually got good enough about twenty years ago, and if graphics are at least least "good," I think it's more about gameplay and fun factor when deciding how great a basketball video game is. Everyone is going to have their own opinion and your top 5 will likely be heavily biased to the games you played growing up just like mine are. So no disrespect to the NBA2K franchise, but it won't make my top 5. Graphics are obviously the most realistic, but this list is about what games were the best for their time.
So a game like Bulls vs Lakers will look extremely dated in 2020, but back in 1992 (when I had it), it was amazing and groundbreaking compared to its competition and predecessors. Also, while NBA2K is amazing in its realism, I tend to prefer games where you don't need a long learning curve to let’s say dunk. Graphics (for their time) definitely play a role in which games made this list, since it was frustrating playing games where it was hard to figure out who was who with so little model variations, but gameplay and fun are heavily weighted.
So without further ado here are my top 5 video basketball games of all-time (not ranked 1 to 5, but in chronological order).
DOUBLE DRIBBLE

Dunks, steals, 3-point bombs, cool sound effects, a Boston team that wore green. This was the basketball game to have on the Nintendo. So many hours of fun.
BULLS VS LAKERS 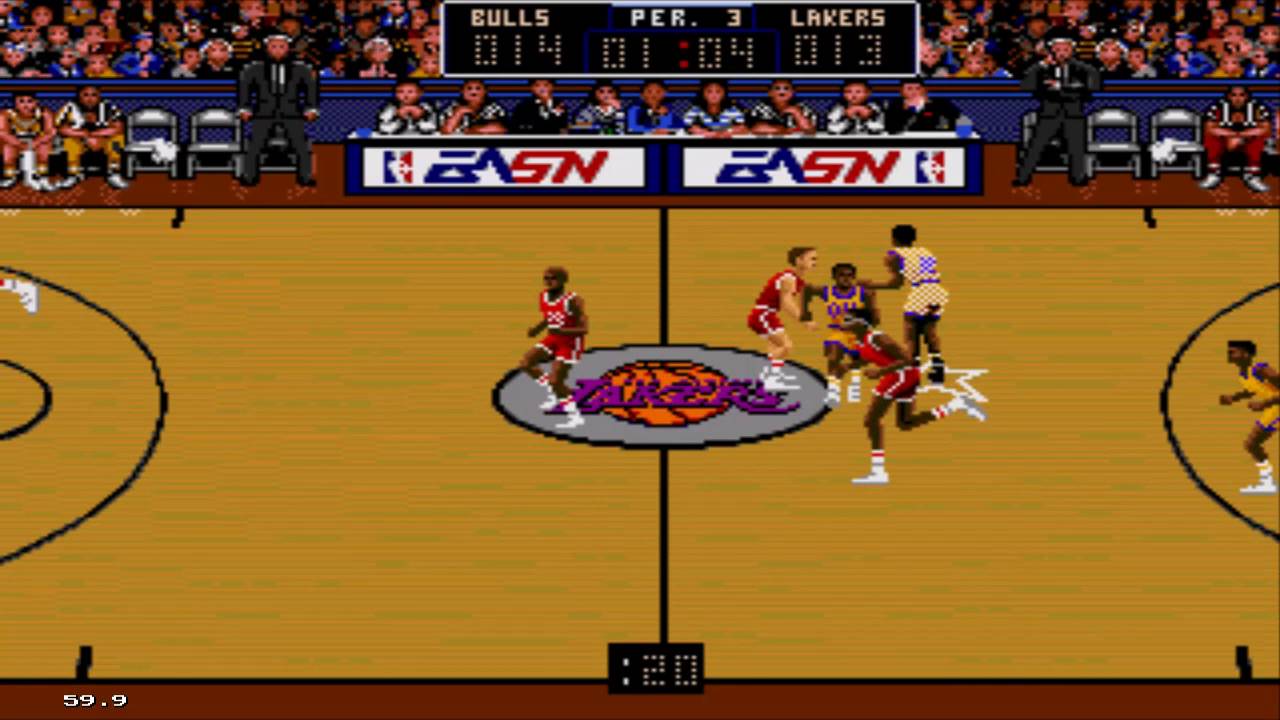 I think I was late to the party getting this game, but took a while to get a Sega Genesis. My WHOLE purpose for wanting a Sega Genesis was this game. Saw the graphics in a magazine and would look at them like daily hoping to one day have this game. It had 16 real NBA teams. It had not just a Boston team in green, but the Celtics! You could dunk with Dee Brown or Reggie Lewis. Each team had one player with a signature move. There finally was a video game that closely resembled the NBA game. Players had different heights, hair colors, ratings, and numbers.
NBA JAM 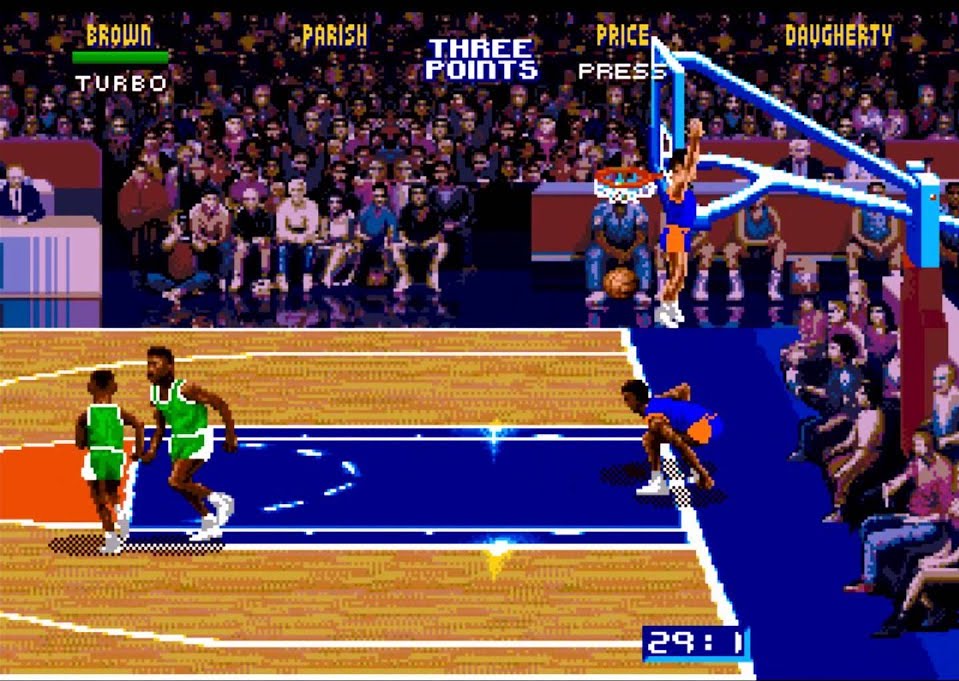 So NBA JAM was the only basketball video game I ever got to play on an arcade machine, so this list is more or less just for at home systems, but I do need to give a shoutout to the arcade version. The first time walking by one of those machines and seeing the eye-popping graphics, the announcing, the graphics. Talk about a wow factor at the time. Obviously playing on a machine was limited to quarters you had at your disposal, so when this game hit the at home systems that was a huge moment. Definitely a purchase the first day it was available moment.
I owned the Sega Genesis version, but my buddy had the SNES one, and I will admit the latter was better. Controller worked better with the trigger buttons and I can't remember the exact reason, but it was easier to tell your players apart. Unfortunately for the console version the variations in the player models weren't there like with the arcade version, so unless you had a guy like Horace Grant who wore goggles or there was a height or color difference between your two players they could look identical. I think the SNES version used different icon colors under your players or something.

Off memory I think my teams were the Warriors with Shawn Kemp and Detlef Schrempf, the Bulls with Scottie Pippen and Horace Grant, the Warriors with Tim Hardaway and Chris Mullin (For maximum 3-pointers), the Celtics with Dee Brown and Robert Parish (because Celtics duh, but not a great team. I think Reggie Lewis was on the original arcade version with Kevin McHale I believe), or the Atlanta Hawks with Dominique Wilkins and Stacey Augmon (was a big 'Nique fan at this time. This was an example where both players on the console version looked the same).
NBA JAM was very much a 2 person game, so luckily I had enough people to play with at the time. Another cool factor about NBA JAM was that regardless if it was the final minute and you knew you were going to win or lose, there was still the "Who's going to shatter the backboard" moment.
NBA LIVE 95 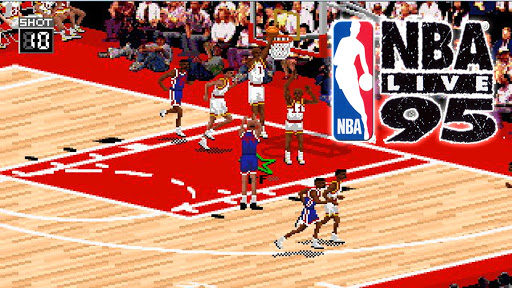 After a while NBA JAM would get stale. Their follow-up Tournament Edition didn't impress and you started craving more of a 5 on 5 game. You definitely could go back to Bulls vs Lakers or it's follow up Bulls vs Blazers. Those games felt deathly slow after playing NBA JAM. Thankfully NBA Live 95 came along. Again this was a trend setter. A 3D style view, much faster than Bulls vs Lakers, and you had fast breaks with alley-oops. Just a smoother game flow than Bulls vs Lakers. Not NBA JAM smooth, but you had all the NBA teams for 5 on 5 action.
The Celtics while definitely not the team to pick if you wanted the best team to win were kind of fun and not horrible. They had Dominique Wilkins, who if you recall a couple paragraphs ago, I was a fan of. They also had Pervis Ellison who was never "Out of Service" on this game. Guessing Sherman Douglas, Dee Brown, and Dino Radja rounded out the starting 5. Similar to NBA JAM, a fun run-and-gun team that was very popular was the Golden State Warriors. But in addition to Hardaway and Mullin, you had guys like Chris Webber and Latrell Sprewell. I remember dunking with Sprewell to be a ton of fun. Also for some reason I recall the Houston Rockets were a good choice to go with if you wanted 3-pointers.

Tangent time: It should be noted in the 1990's there wasn't all this obsessive G.O.A.T. talk everywhere. No social media. No First Take type shows. Fans just respected a ton of players around the league besides the ones on their favorite. It's kind of hard to like LeBron James in 2020 when you're constantly being lectured to "respect his greatness" and that you should bow down to the self proclaimed King James.
Guess what? One is allowed to believe that Michael Jordan or Bill Russell was the G.O.A.T. or you'd take prime Larry Bird over any other NBA player. But mention that stuff today and you have to deal with the "stop hating on LeBron" crowd. The constant need for everyone to bend the knee to LeBron and his "greatness" personally makes me less likely to give him his props or enjoy his game. If LeBron played in the 90's I'd totally play with him in a video game. He'd be another great NBA player in a long list of NBA legends. I don't think there was any player back in the 90's that I'd refuse to play with. Don't think I ever played with the Lakers, but that was about it (end tangent). NBA LIVE would get beaten to death with new editions every year and none matched the wow factor of the original. For some reason they became less and less enjoyable even as the series graduated to the Playstation and other more advanced systems. I remember I gave up on the franchise in the late 90's. I did return for NBA Live 06 on the PSP (Playstation Portable). Loved the behind the back and no look passes and the simple pick up and play online ability.
NBA STREET Vol. 2 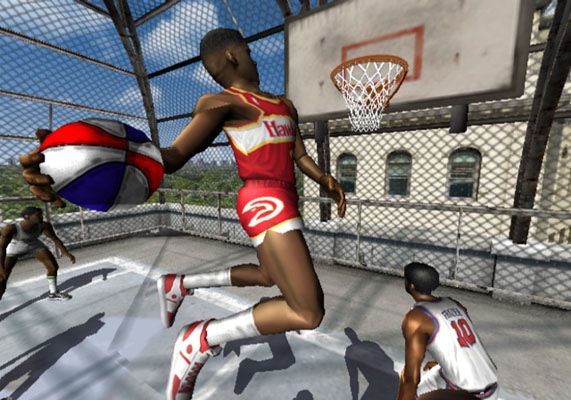 After leaving the NBA LIVE franchise in the late 90's I remember playing NBA Shootout on the Playstation and some other game for the XBOX which escapes me. Nothing groundbreaking though. Probably wasn't even paying attention to all the new releases since the next game that really stood out was NBA STREET Vol. 2. Wasn't even aware of Volume 1. Maybe it was only on the PS2 and I didn't have that. Anyway, XBOX's NBA STREET Vol. 2 was AMAZING. Just like how 2-on-2 NBA Jam got stale after awhile and you craved a 5-on-5 game with more realism, when NBA Street Vol 2 came out you kind of were craving a more arcady basketball game. Street ball was huge at that time. Handles and nasty crossovers took this game to another level from the NBA JAM series.
Also the playground vibe was a nice touch and the hip hop soundtrack basically sealed the deal that this was the game to be playing at this time. The graphics and gameplay were so much more advanced than games like Live or NBA JAM. While the game wasn't realistic the dunks for the most part were a lot more realistic than NBA Jam. Everyone looked very much like themselves (which again isn't a big deal in 2020), but it still was back then. Afros, cornrows, headbands, etc.

This was another game that was MUCH more fun to play against another person. You basically drafted your own three players and went to battle. If I was playing with legends I'd have the Celtics with Cousy, Bird, and Russell. My buddy would take the Lakers legends. If we were using current players, I'd go with (CLOSE YOUR EYES!) Kobe Bryant, Kevin Garnett and Ben Wallace. My buddy would play with Allen Iverson, Tim Duncan, and Jermaine O'Neal. The legends were awesome. You had great dunkers like 80's gold chain Jordan, flat top Dominique and the Doctor Julius Irving.
So a billion words later, there is my top 5. A few questions for you:
1. What is your Top 5?
2. If you played any of the five games I wrote about before, who were your favorite teams and players that you played with?
3. Also if you played any of the five above games is there anything really cool about them that I forgot to mention?