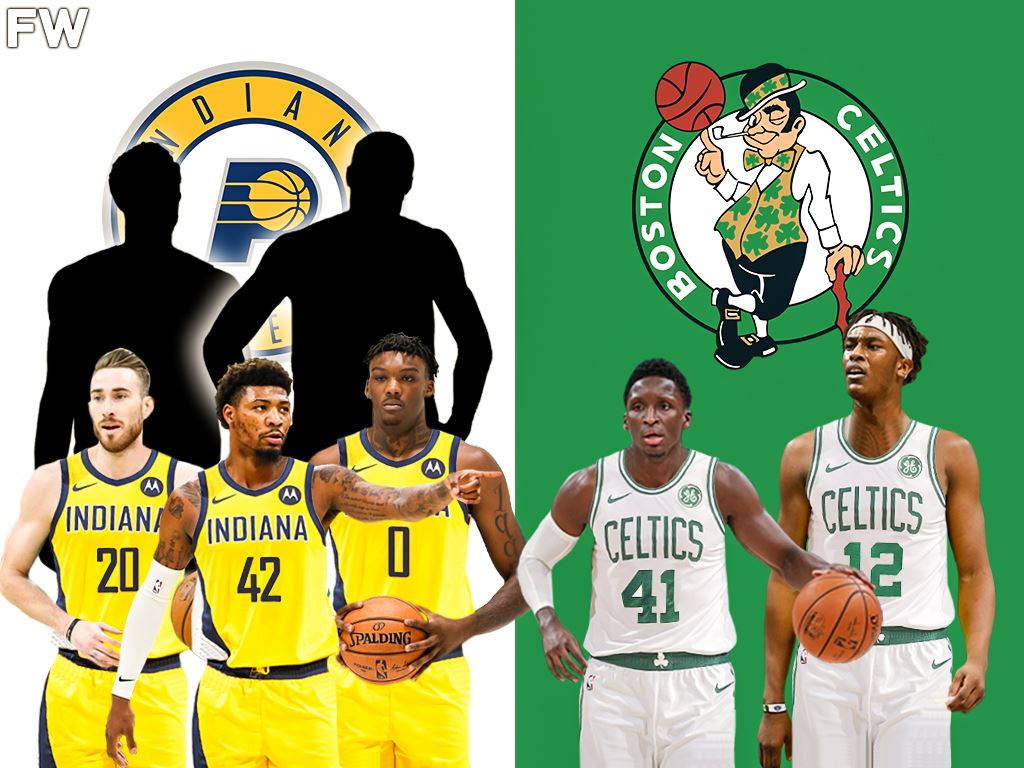 Kind of crazy all the Celtics and Pacers trade "rumors" we have heard prior to them even hiring a new head coach. But now that they have hired Nate Bjorkgren, who was an assistant for Nick Nurse in Toronto, here comes a rumor from a respected NBA insider Ian Begley.

Something to keep an eye on once we find out when NBA teams can start making trades: some within the Pacers organization continue to have interest in trading for Celtics’ Gordon Hayward, per SNY sources. It’s unknown what Boston would want in return for Hayward -- or if the club is even open to moving him.


So what we learned here is the Pacers are interested in a very good player who only has one year left on his contract and they likely believe they could sign him to an extension at a much smaller annual amount. Makes sense for them to be interested, but the Celtics have consistently said they want Hayward in Boston. Then again Ainge has traded Antoine Walker (twice), Kendrick Perkins, Paul Pierce, Kevin Garnett, Rajon Rondo, and Isaiah Thomas, so if there was ever a GM who doesn't have any untouchables it's Danny. Most of the trade rumors that have come up prior are based on no insider knowledge. They are no different than you or your brother or sister coming up with an idea.
The @FadeawayWorld pictured above is similar to those, but features in addition to Hayward the two Pacers most Celtics fans discuss in an Indy trade with him, Victor Oladipo and Myles Turner. Turner is the guy that Celtics fans want the most and I'm sure the team does as well, but the Pacers have consistently said they are not moving him. The Celtics are not getting both Turner and Oladipo for Hayward. There are no sources even out there that say the Celtics would have interest in Oladipo.
Oladipo is also coming back from a gruesome leg injury, has had setbacks as well, and is looking for his last really big contract next summer when he will be 29. But just for the sake of argument, let's say the Celtics would be willing to part with Hayward to get Turner and Oladipo and the Pacers obviously countered that it would take more than that. Let's say the Pacers value Hayward more than Oladipo, which is very plausible. It definitely isn't Myles Turner more!
Would something like Hayward and Robert Williams get it done? Probably not. Marcus Smart is such a unique talent that he went from severely underrated, when I felt like I was on a lonely island defending him and his game to maybe the most popular Celtic currently. He went from very underrated to irrationally overrated by moe than a few fans. And being called "overrated" is not an insult before anyone throws a fit. If you say that Hakeem Olajuwon was a top 5 NBA player of all-time you are overrating him, but that doesn't take away the fact he was one of the greatest. Unless you are the absolute best or absolute worst you can be overrated or underrated. Glad I got that out of the way.
My guess is if the Celtics and Pacers were actually interested in some Oladipo/Turner for Hayward/Williams trade framework, the gap could be bridged with the Celtics giving up something less integral than Marcus Smart. But right now all we know is that both the Celtics and Pacers like Hayward (as they should) and lots of teams have inquired about Turner (again as they should). But if you've been talking or fantasizing about Hayward trade to Indiana, here's your first bit of smoke.