What are your thoughts on Forsberg's & Draper's potential Gordon Hayward trades? 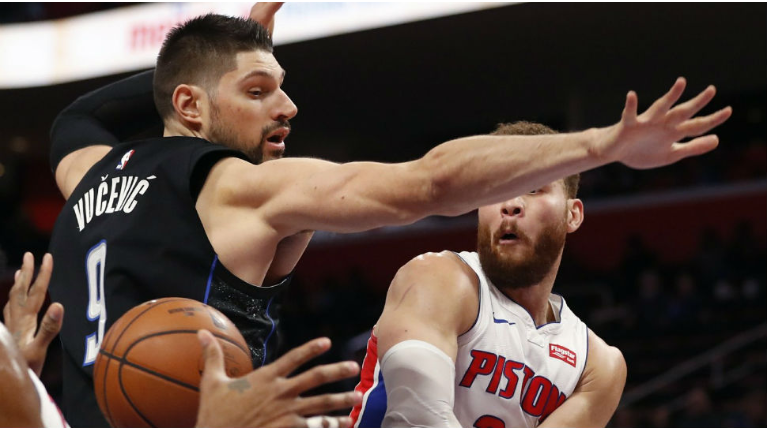 Rumor season is up and running. Yesterday there was news that the Indiana Pacers reportedly are interested in trading for Gordon Hayward. Ian Begley reported this rumor, but didn't state if the Celtics were open to trading Hayward, nor who the particulars coming back would be. So on a smoke scale of 1 to 10, going to give that a 2. Even so, the opportunity is interesting to bet on betoclock.com, where you can find some additional tips for winning and guides for online betting. NBC Sports Boston's Chris Forsberg and Kyle Draper also discussed three potential Hayward trades. Note the word "discussed." They aren’t rumors that legs, just their ideas, no different than you or I coming up with them.
The funny thing is when Ainge makes a trade it often comes out of left field. Like prior to trading Kendrick Perkins for Jeff Green there was no talk of the Celtics interest in Green. Prior to trading for Kyrie Irving, there was no talk about the Celtics interest in him either. While the Celtics have said they'd like to keep Hayward long term, Danny Ainge would trade his mother if it improved the Celtics, so bear that in mind. Let's look at Forsberg and Draper's ideas:
Nikola Vučević

Puts up very good stats, but so does Enes Kanter, and if you've been watching the NBA the past few years, it's not about stats for big men, but can they stretch the floor, protect the rim, and are they mobile enough to guard smaller players. Vučević's contract isn't awful moving forward, but I think if you're bring in Vucevic, Theis wouldn't last more than one more season with the Celtics. In the modern NBA, paying two big men big money is a poor allocation of cap space, especially as your young stars Jayson Tatum and Jaylen Brown have moved out of inexpensive rookie contracts to big money. Also eventually you'll have to pay Marcus Smart more as well.
And then there is fit. Sure in the regular season you can get away with playing Vucevic and Theis together, but in the playoffs when it's all about your shortened rotation do you want two of your top 6 not being able to play together? You could always trade for Vučević and then just figure out if it works with Theis next season. Both players would be trade-able so you have options.
I think as much as Ainge likes Hayward and as much as many Celtics fans underrate his contributions, Danny would roll the dice and pull the trigger on this deal. Would Orlando do it? My first inclination is no. There is no guarantee that Hayward would re-sign their longterm, and I'm not sure they are sold on Mo Bamba as their man in the middle yet. Also poor Jonathan Issac, who is probably their most exciting player, continues to be snake bitten by serious injuries. If Issac was healthy then I think this would be much more plausible. Since he's not I'm thinking the Magic would want Hayward AND Theis and then the Celtics would be back to having a great starting 5 and no bench. Honestly if you want Vucevic in Boston, you'd likely have to part with both. Maybe you get back a serviceable part from Orlando.
Lastly, if you're high on Robert Williams future, then fit comes into play with Vucevic as well. Can you play Time Lord and Vucevic together (in the playoff especially). Definitely not enough minutes for Vucevic, Theis, AND Williams. Again maybe Williams is involved in this trade or another, so that parts fit better. If you move Theis, and Williams blossoms into a starting center, you could always trade Vucevic down the road.

I have no interest whatsoever in Barnes. You can find his skillset with another player making way less. Also his flashes give me bad Jeff Green deja vu. There are several Kings I would trade for, but Barnes isn't one of them. Obviously they aren't moving Fox, but Bagley, Bogdanović, and Heild all have appeal. But in case you missed it, hard pass on Barnes. Only way a trade for Barnes makes sense is if the Kings agree that Hayward has the much higher net asset rating (might have just made that term up). Let's say Hayward was a +2 asset and Barnes due to his contract was a -2 asset. Well if the Celtics are getting back a +2, +3, or +4 asset then maybe.
While the Kings would still gladly trade Barnes to rid themselves of the contract for Hayward, knowing that Hayward might leave in year, they aren't going to attach someone like Bagley. They'd have to be way down on Bagley and very high on Hayward as a long term piece. The Kings would probably toss in Richaun Holmes with Barnes for Hayward, but while I'd love Holmes on the Celtics and would have preferred Danny signed him last offseason over Kanter, this trade would remind me too much of another Celtics/Kings trade from decades back. And that trade involved Mr. Danny Ainge himself (with Brad Lohaus) for Ed Pinckney and Joe Kleine. Sure Pinckney and Kleine would have been solid addition in their own right, but they weren't enough value for Ainge and made the Celtics worse. Similarly Barnes and Holmes would help the Celtics, but they aren't enough value for Hayward and would make the Celtics worse.

Griffin is due to make $36.5 million this coming season and then a whopping $39 million the next. Again, when you're trying to make the NBA Finals and bring home a championship what a player can give you in the playoffs is key. Griffin even back when he was healthy couldn't lead a pretty stacked Clippers team past the 2nd round. Now that he is older, less athletic and more injury prone, I want no parts of him on the Celtics. If he gets bought out in like 15 months and you want to roll the dice on him then, sure you can add him. That would be similar to Ainge signing guys like Rasheed, Jermaine or Shaq after their big money days are over.
To Forsberg's credit, unlike Draper, you could sense he wanted no part of Griffin. Draper's view was that he fears the Celtics ceiling with this group isn't high enough. And truth be told, it is going to be a lot harder to win a championship in the coming years. Warriors will be back and retooled. Lakers will likely add Chris Paul or someone. Bucks will add someone to try and keep Giannis. Nuggets will be a year older and experienced and will likely consolidate assets in a trade for another all-star. Clippers have the talent to bounce back. Miami is the hot free agent destination so will likely improve as well. 76ers will get Simmons back and Doc Rivers does have a championship and an additional Eastern Conference title on his resume. So you get the point. But Griffin isn't the answer.
Only way a Griffin for Hayward deal makes sense is similar to Barnes if the Celtics are getting a very nice net positive asset to offset Griffin and who they have? Not sure that even if they tossed in the #7 pick with Griffin for Hayward that Ainge would accept. Regardless, the Pistons wouldn't do that, since then they'd have even less youth to rebuild around and Hayward isn't re-signing in Detroit. So as much as the creative side of me wants to ponder some 3 team trade where Hayward goes elsewhere and the Celtics get some sweet asset to offset Griffin's negative value, there is no chance this trade happens. I'm sad that I wasted time viewing the Griffin option in the above video as well as thinking on it and writing all these words and I apologize as well that you had waste time on this.
So what say you?
Would you trade Hayward for Nikola Vučević (and what would your deal be)?
Would you trade Hayward for Harrison Barnes (and what would your deal be)?
Would you trade Hayward for Blake Griffin (and what would your deal be and what are you drinking)?