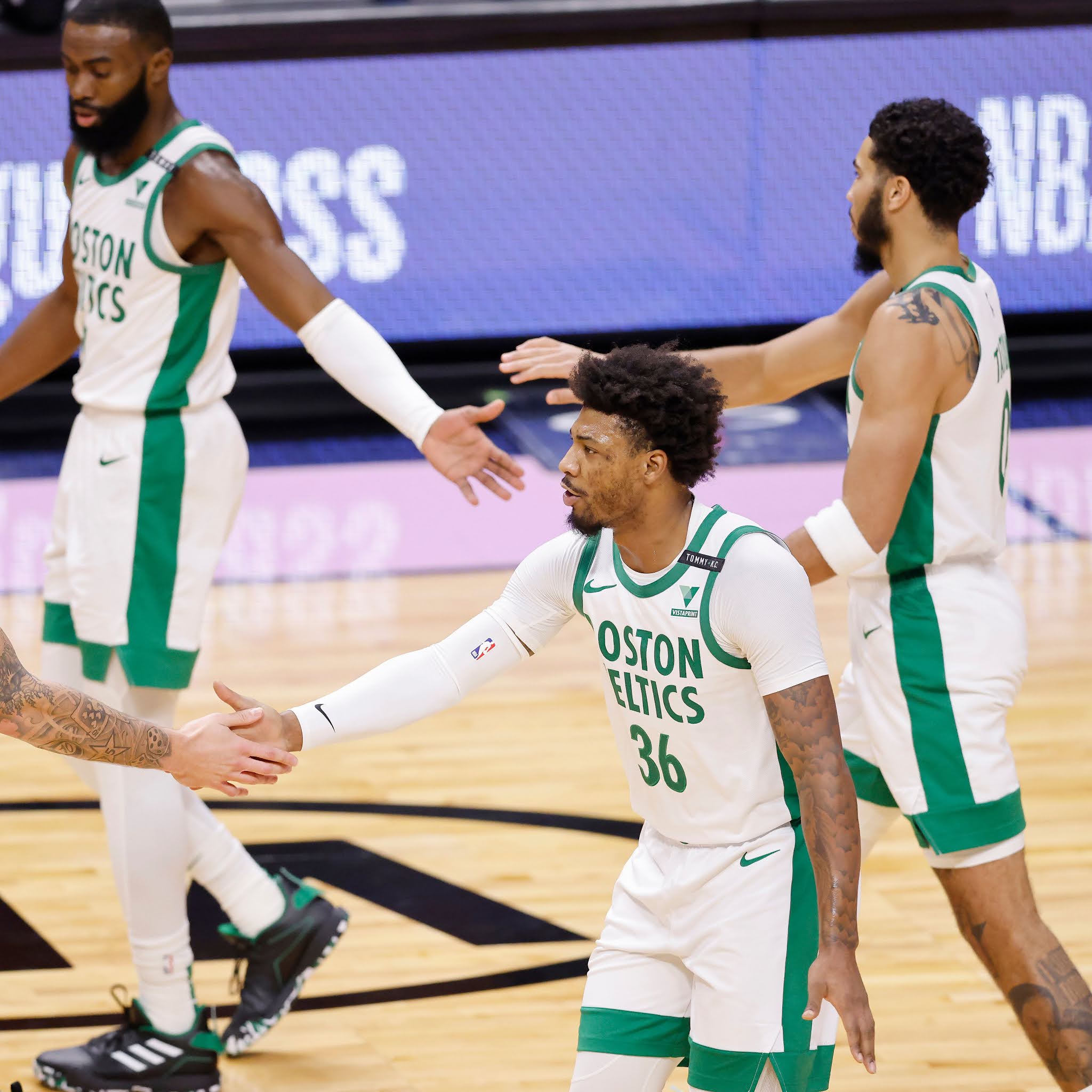 It was an Eastern Conference Finals rematch Wednesday night in Miami as the Celtics took on the Heat. It was a close battle throughout the entire 48 minutes, but it was the Celtics escaping with a 107-105 win.  Smart missed a layup in the final seconds but it was cleaned up by our rookie Payton Pritchard to give the Celtics the lead with 0.2 seconds left.

The Celtics were led once again by the Jays. The duo of Jaylen Brown and Jayson Tatum combined for 48 points in Miami. Jayson was the leading scorer with 27-5-4. Tatum hit some big shots down the stretch for Boston including a very difficult three-pointer right in Bam Adebayo's face. JB didn't have his best shooting outing (8/23), but finished his night in Miami with 21-12-5. This is Jaylen's first double-double of the young season.

Marcus Smart returned to action after missing Monday's game with a sprained thumb. Smart had 9-4-6, and was on the floor for 32 minutes. Marcus is the first of the Boston guards to return to injury as Boston will be hoping to have Jeff Teague and Kemba Walker back in the near future.

After watching the ECF just a few months ago, I'm sure you could guess the Heat players that gave Boston the most trouble in this game. It was Jimmy Butler and Bam Adebayo. Jimmy Butler, who's been off to a slow start this season, didn't appear to be struggling tonight. Jimmy ended his outing with 26 points, 8 rebounds, and 3 assists. Bam Adebayo was flirting with a triple-double this game with 15-8-10. Miami threw a last second prayer to Bam to try to send the game to overtime, but the attempt was unsuccessful as Robert Williams broke it up. 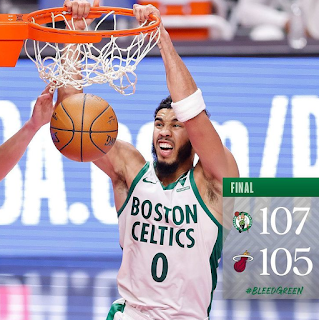 This was a big win for the C's as it was a game they were looking forward to since they were eliminated by Miami in the bubble. It wasn't the way you want to finish as they watched a 10-point lead diminish quickly late in the 4th, but they got it done in this hard fought game. Next game will be Friday back at the Garden as Bradley Beal and the Wizards are coming to town.