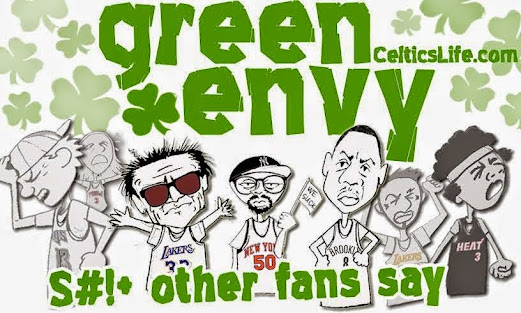 The Celtics nearly choked away a thrilling game against the Miami Heat yesterday. But a timely putback basket by Green Envy-shooting star Payton Pritchard secured Boston's win and resulted in a lot of sour tweets.

Must be the refs fault

Refs was acting blind the whole game All good tho on too the next !!

Bam’s getting mean mugged and nothing’s getting called

The referees are rough tonight...

I swear the refs have something against Avery Bradley.

I’m all aboard the trade Herro + assets for Beal train. Everyone is up for grabs except Jimmy and Bam.

The Heat need some changes. This roster isn’t getting the job done

Just hope Pat doesn't freak out and trade half the roster for Harden...

Dam just trade for harden already... the Celtics didn’t even have Kemba or Jeff tonight..

Man this heat team needs a shake up desperately smdh

Beal is a beast and would've done well in Miami

Beal has 57 out of 77 Washington points.....i been saying this from the jump i want him in Miami before i wanted Giannis

I know it’s unrealistic, but I want Beal in a Heat uniform so bad.

Can we get somebody who can SCORE POINTS on a consistent basis?

Watching the Miami Heat basketball court, had me thinking if I had ingested the same hallucinogen @realDonaldTrump ingested today!

How we let Celtics get a win on a day when most of their fans stormed the Capitol?

Maybe its not obvious enough for Eric Spoelstra.... TYLER HERRO CANT GUARD JASON TATUM!!. I know what they're trying to do by switching the defensive but seriously he's cooking him

How is Spo just watching Herro get torched like this

If both of your max players can’t shoot 3s, that’s a problem...

This Heat team looks like garbage so far this season. The Heat have to stop starting Herro and Robinson together and figure out a starting five that actually works. This Heat team is trending toward a .500 record for the season. 13-0 Celtics run in 2 minutes

So fucking pissed. Way to completely shit the bed the final 3 minutes!!!!

I'd be super pissed if we lost any game like that, but I hate the Celtics with a passion. So of fucking course we lose a game that way!!!

Lost it on the glass.... to probably the smallest dude on the court.

BOX THE FUCK OUT

Get a god damn rebound and we're going to overtime... Completely lazy and pathetic. Way to give the Celtics a win.

Let a mf named Peyton Pritchard do you in.....I’m disgusted

Who was boxing out this damn rookie?!?!!

Prichard is gonna be fucking good. Reminds me of Jason Williams but more twitchy...

Miami did their best in that final minute. We always wanted to win. Support them in a W or L. Blaming players on your team is totally IDIOT. Stop being a fan, then. Unfollow me, i don't care. You all IDIOTS. 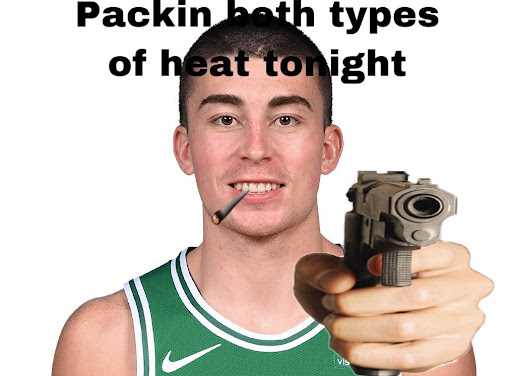