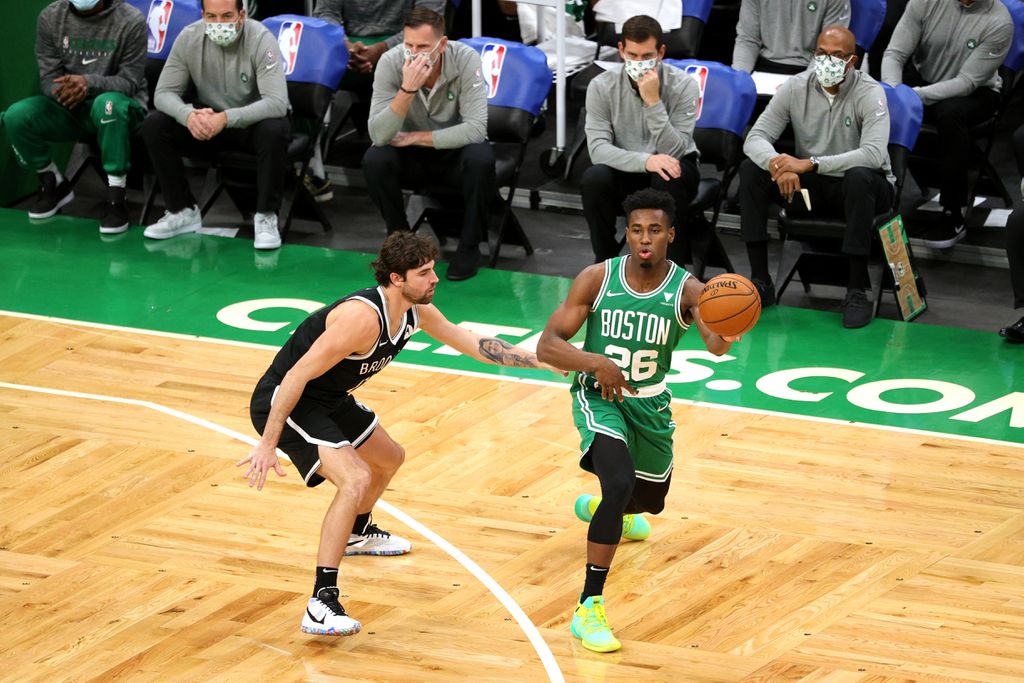 While we have seen Payton Pritchard thrive with big and much needed minutes off the bench for Boston, Aaron Nesmith's minutes to this point have been sparse. Justifiably so if we are using the eye test. The young rook has looked lost to start the season, specifically on defense. Coming into the season, many C's fans were hoping Nesmith could provide a much needed scoring and specifically shooting punch off the bench early, and that just has not happened yet.

In the Memphis blowout win last week, Nesmith got to play some in the third quarter and most of the fourth quarter. Aaron's shot has looked off, and on that night needed to be positioned on both offense and defense and regularly lost his man defensively.

In this past game against Toronto, Nesmith looked a little bit better schematically on defense but continually gets beat of the dribble. His footwork is just not there yet and he is not quick enough. Sometimes, his athleticism and length can get him back into plays by being able to tip a pass or recover to block a shot, but that is not a sustainable method of defense. The result of his troubles on Monday ended up as four fouls in his limited time on the court.

Offensively, he hit a smooth step back three in the Memphis game, but other than that he has been consistently off the mark with his jumper. Still, despite all of these negative bits, we have seen a just miniscule sample size with more to surely come throughout the season, so we shouldn't over react quite yet. The rookie played just 14 games last season in college before being shut down early for an injury, and then had no summer league or group work, and a very shortened training camp and preseason. It has been a long time since he has seen game action and he without a doubt has some nerves and has been very frustrated by his shot so far, you can see it on his face after a mistake. I still believe his shooting will be a huge help to this team in the future, we just haven't seen it yet, and if wants to flash his potential anytime soon, he'll need to pick up his defense.