Who Rocked It Best? Number 7

Happy 2021, CelticsLifers!  And welcome to a new edition of, Who Rocked It Best?  This week, let's take a look at the number 7 and four of its notable wearers past and present: Jaylen Brown, Dee Brown, Al Jefferson, and Nate 'Tiny' Archibald.

Now as the current NBA season rolls on, some of you may argue (validly, too) that there is already a clear winner in current no. 7, JB.  Through the season's first 8 games, Jaylen's been on a tear, with career-high averages of 26.9 points (on efficient 57.7% FG and 42.9% 3FG shooting), 3.1 assists, and 1.6 steals.  But while he's making a solid case for league MVP, JB may need to win a ring or two if the C's are to retire this jersey number in his honor.

The original Celtics "Brown 7" is DeCovan Kadell 'Dee' Brown, who played in Green during the '90s.  Dee was an athletic and fast combo guard, who was best known for winning the NBA's 1991 Slam Dunk Contest with a no-look, 👀-covered slam (and pre-dunk, shoe-pumping routine).  While Dee and the '90s C's never got far in the playoffs, his athletic feats gave fans fun and excitement in a rather bleak era.

Jefferson was the original 'Big Al,'  and the Celtics' first player ever selected (15th overall in '04) straight out of high school.  As a rookie, Al wore the number 8 but gave that up in '05 to Antoine Walker, and used jersey 7 through two years.  He was a solid big who averaged a double-double (16 ppg and 11 rpg in '07) and served as the centerpiece of the trade that brought KG and Banner 17 to Boston.

The smallest of this bunch, Archibald does have the most NBA accomplishments, although many of these achieved prior to wearing Green.  The 19th pick of the '70 Draft by the Cincinnati Royals (now the Kings), Tiny was an elite scorer and passer.  In the '73 season, he led the league in both categories (34 ppg, 11.4 apg), and remains the only player in NBA history to have done so.  When he was traded to the C's in '78 at age 30, he helped bring along a rookie named Larry Bird and guided the Green to the '81 championship. 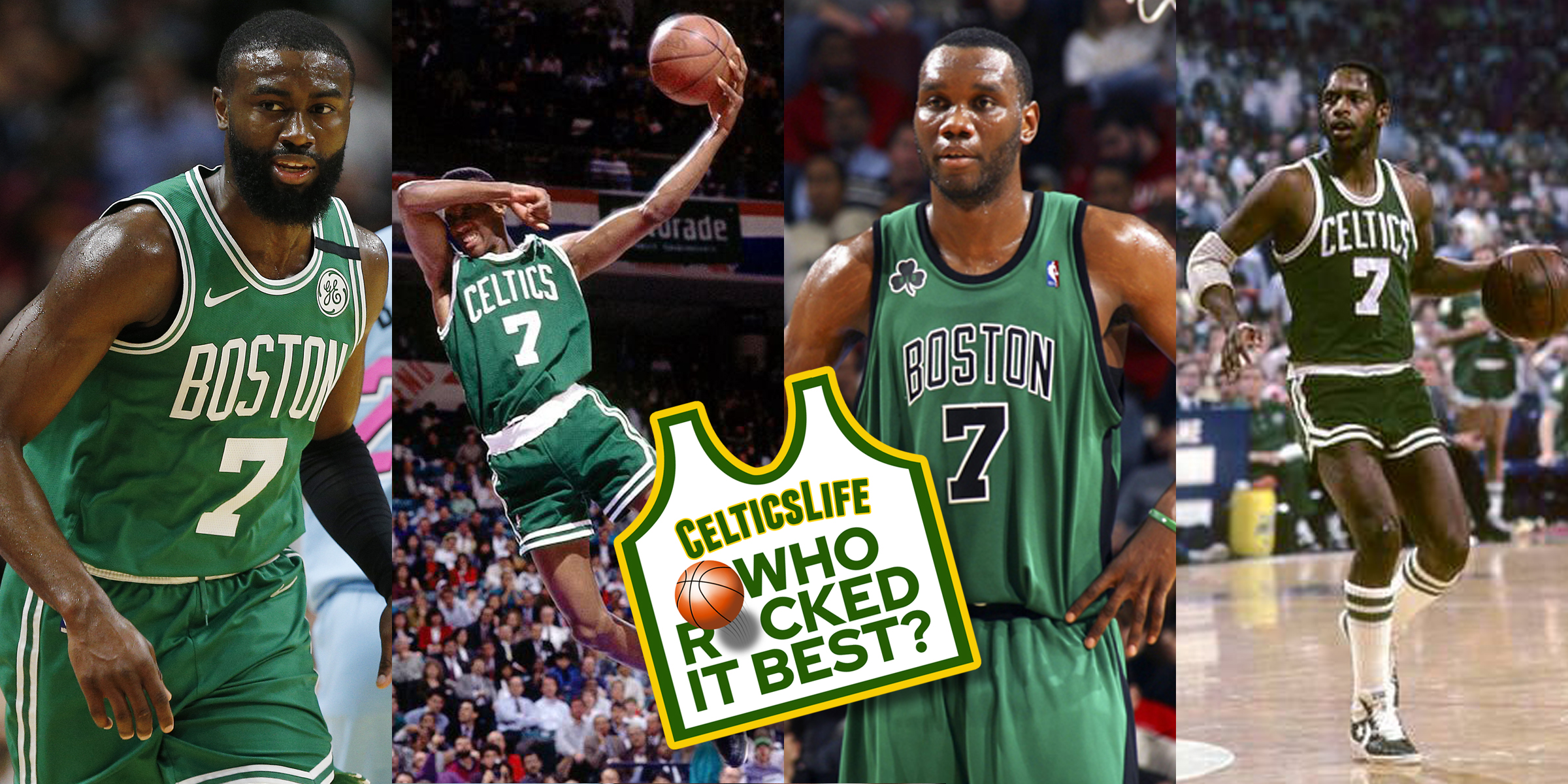