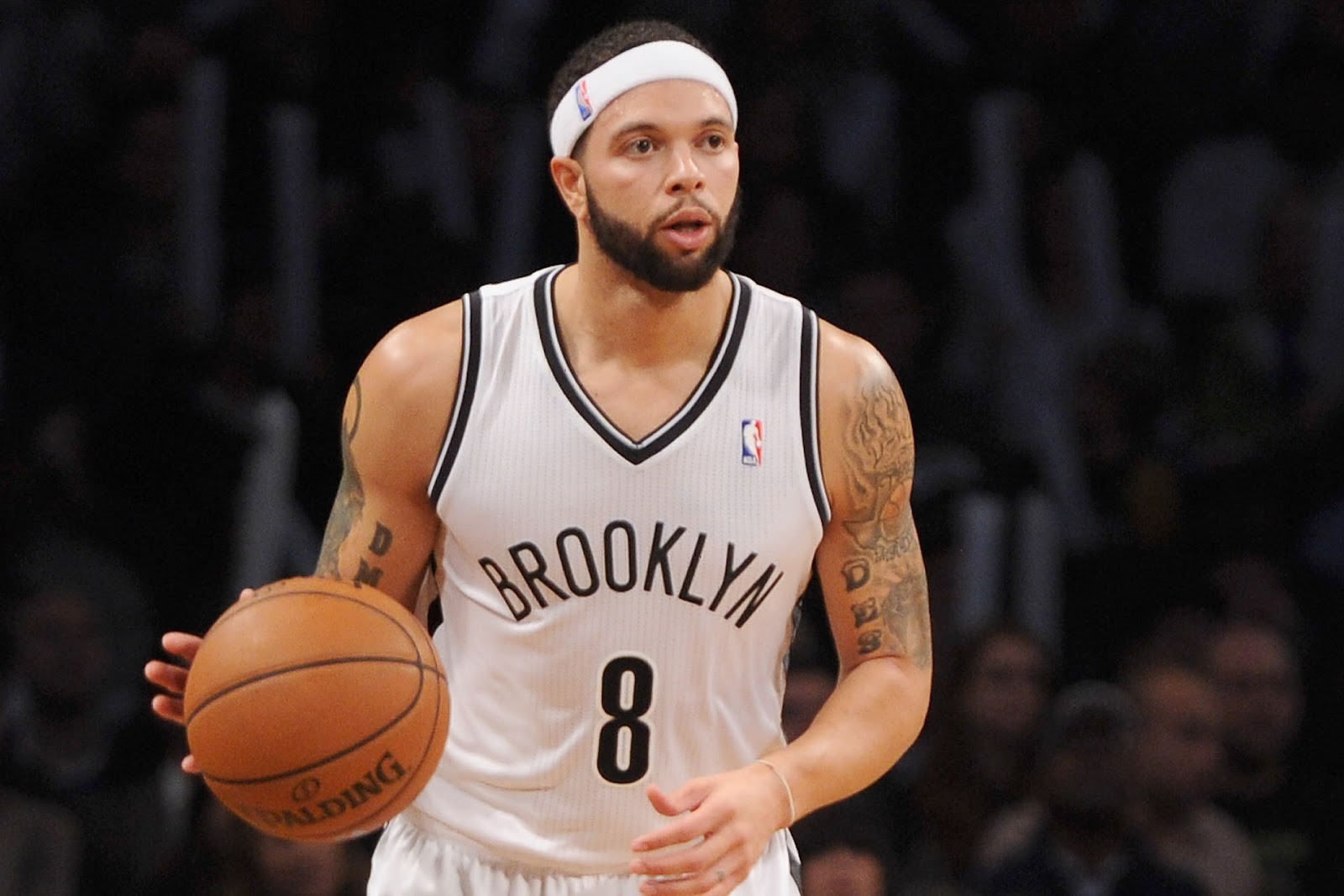 Per David Aldridge of NBA.com:


The Nets and Deron Williams have reached a buyout agreement, per source.
— David Aldridge (@daldridgetnt) July 10, 2015


The agreement will clear the way, once Williams goes thru waivers, for him to sign with his hometown Mavericks, who need a starting PG.
— David Aldridge (@daldridgetnt) July 10, 2015


As part of his buyout arrangement w/Nets, Deron Williams expected to get in the $25-to-$30 million range and then add Mavs deal on top of it
— Marc Stein (@ESPNSteinLine) July 10, 2015

So they lose DWill, who isn't nearly what he used to be, but is still better than guys on their roster like Steve Blake and Jarrett Jack. Meaning Brooklyn is now worse this season, which is obviously great news for the Celtics who own their unprotected first round pick.

Dallas is now signing Williams to a 2-year, $10 million deal, eating up about 40% of their $12 million in cap space. That gives them a roster of:

With a bench of Felton, Barea, Harris and Jefferson.

With a little cap space left, they could make another move or two..but that roster is likely something similar to what we'll see in late-October. Is that a playoff team out West? Possible, but unlikely. But it's also a team unlikely to finish in the bottom-7 of the NBA's standings, which is great news for a team that may just have their top-7 protected draft pick. A team like the Celtics.

With a few months of the off-season left and an entire regular season to play, declaring victory for the Celtics in this deal is pre-mature..with that said, this move seemingly helps them a lot.

Letting other teams tank for you while you build from the middle -- not the worst idea in the world, even if there will absolutely need to be some luck involved.