What the Hell Happened to...Popeye Jones? 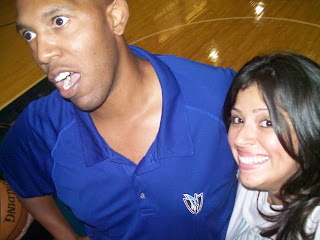 In this week's segment of What the Hell Happened To, we remember Ronald "Popeye" Jones.   Popeye was picked in the 2nd round of the 1992 draft by the Houston Rockets with the 41st overall pick after a stellar career at Murray State.  However before ever suiting up for the Rockets he was shipped to Dallas for Eric Riley.

Popeye would play in Dallas for three seasons, where he'd start of the 196 of the 229 games he played.  Quite the feat for the second round pick.  His second and third seasons he averaged double-doubles.


After the 1996 season he was traded to Toronto.  During his first campaign he'd play in 79 games but injuries 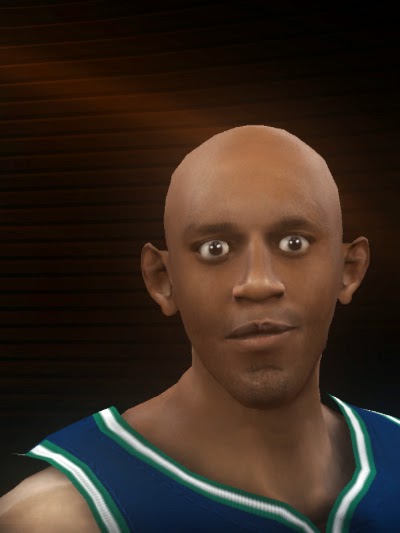 kept him out for most of 1998.  In February of 1998, he made his way to the Celtics when he was included in the Kenny Anderson for Chauncey Billups trade.  During that lockout-shortened season, Popeye would play in 18 games for the Celtics, starting 2, while wearing #4.  I saw 2 of Popeye's games on the Celtics that year, the one vs the Nets on Feb 27th and the one at home vs the Clippers on March 17th.  Since he was there during the regime of the Evil Emperor where players came and went like it was a merry-go-round, Popeye would be included in the Ron Mercer trade to Denver.   During his time with the C's he'd average 3 points and 3 rebounds in about 11 minutes a night.

Popeye would continue to fit the label of an NBA journeyman, playing for the Nuggets, Wizards, Warriors and Mavericks again over the next five years of his career, before calling it quits after the 2004 season.

Popeye has always seemed to have a following online for Ugliest NBA Players (Sam Cassell and Tyrone Hill generally fall into this discussion as well).  But rather than harp on this silly topic, what Jones was and should be remembered as was a relentless rebounder.  That was his specialty and what enabled him to have as long an NBA career as he had.  For his career, Per 36 minutes, he averaged 11.4 rpg.

In case you were wondering how Popeye got his nickname, the story goes that Ronald's older brother David Jones was watching the cartoon "Popeye" when Ronald was brought home from the hospital.  No word on whether they have another brother, Mark Jones.  I don't think Dontae' Jones is related either.  Anyways that nickname makes about as much sense as Bimbo Coles. 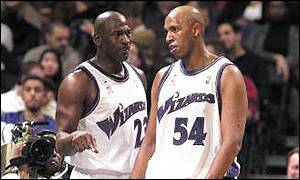 We now have a Roy Rogers and Popeye in WTHHT.  Frank Ramsey's nickname was the "Kentucky Colonel" but Hall of Famers don't have WTHHTs written about them (although the HOF push for Artis Gilmore will continue).  And we all know Delonte West's experience with KFC.  So there's a good chance we'll have a poll one day soon here on Celticslife on what the best fried chicken is. 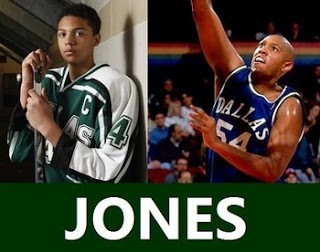 Popeye has recently been an assistant coach with the Mavericks.  I saw him sitting behind the bench for a game last year and could've sworn I saw him equipped with a cane.  However when researching this topic (whether he permanently walks with a cane) I couldn't find any information.

Popeye was an Assistant Coach with the Nets, actually having replaced Roy Rogers just this summer.  Seems to me, the Nets prefer Popeye's Fried Chicken to Roy Rogers.  As of 8/6/13, Popeye's joined Frank Vogel's staff and will be an assistant coach for the Pacers next season.

Furthermore if you've read many of the WTHHTs, you'll know many of the players have a son who is pretty good at hoops (Charlie Scott, Carlos Clark, Wayne Kreklow, Todd Day).  But Popeye's son, Seth, pictured to the right, is actually an up and coming hockey star.