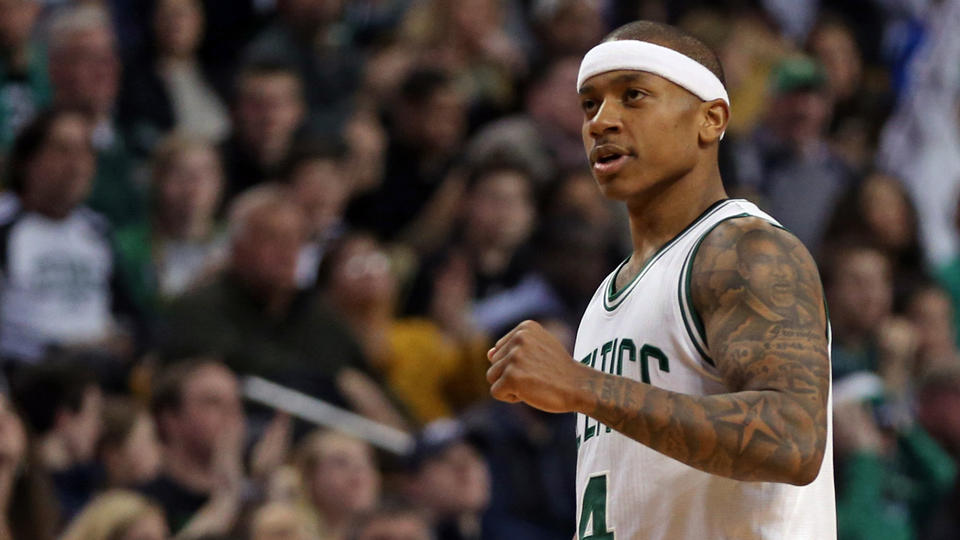 Isaiah Thomas is enjoying his time as a recruiter for the Celtics. Looking into his eyes doesn't quite seem to have the effect of whatever Chandler Parsons does (or used to), but he has been the Celtic contacting and commenting on new arrivals and potential new arrivals. He had some good things to say about David Lee and his thoughts on joining the Celtics.


IT4 on David Lee: "I shot him a text message right when [the trade was reported] and he’s excited. He’s very excited. I’m excited as well."

Thomas also seems to enjoy the process, and hints that maybe he and Danny Ainge possibly aren't done.


Isaiah Thomas also said of recruiting, "I’m going to keep trying. There are a few more guys out there hopefully we can get..."

Beyond that, he seems very excited about Boston and the team, always helpful when trying to sway a player to join the green. Even if no more moves are coming, Thomas is very optimistic about this team as is.


Isaiah Thomas on his expectations for the Celtics next season if there’s no other upgrades to roster: pic.twitter.com/kEJ4nlnowU

My favorite recent quote of his refers to the city and the organization. He really seems to have embraced the team and it's mission.


Isaiah Thomas on playing for the Celtics: "It's something you definitely want to experience... It's the best city I've played in."

Sure is nice to have a talented player that appreciates what we have going on in Boston, post big 3 era.