Josh Smith wants out of Atlanta by trade deadline 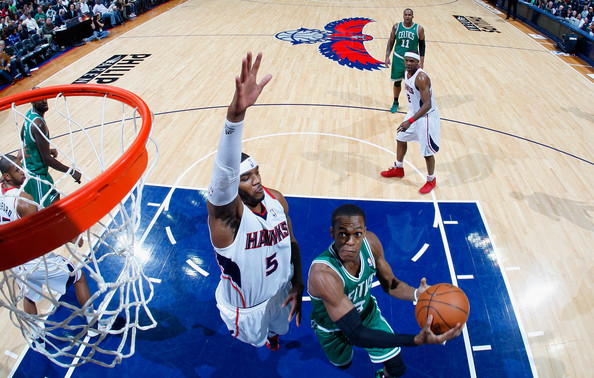 Josh Smith has been involved in trade rumors with the Celtics for a few reasons: 1) He has said he'd like to play for the Celtics and  2) He's a former high school teammate and good friend of Celtics star Rajon Rondo. So far the Celtics reciprocal interest in Smith is only lukewarm. This might have to do with the Celtics own interest in trading Rondo and the Celtics might have the same concerns about Smith's attitude long term as the Hawks have. In my opinion if the Celtics could acquire Smith while retaining Rondo they should definitely pursue him.
Smith is putting pressure on the Hawks by again requesting a trade (NBA players are not allowed to "demand" trades. I mean they can, but they'll get fined. So "request a trade" is the jargon to go with).

Even as Josh Smith is having a strong season for the Hawks he has let the team know he wants to be traded as the March 15 deadline approaches, according to people with knowledge of Smith’s thinking.

And the reasons for Smith’s dissatisfaction with the team now have to make the Hawks wonder if they will be able to sign him to a contract extension next season.

By the end of last season Smith wanted out of Atlanta because he believed he was singled out for unfair criticism by coaches and media. Those concerns have died down for the most part this season but now Smith believes he needs a fresh start with a franchise where he can better reach his potential on and off the court, according to one of the people with knowledge of Smith’s thinking.


The person said one of Smith’s complaints is that he believes the Hawks didn’t do enough to promote him for selection to the All-Star team, which he thinks contributed to lesser players being voted to the team by Eastern Conference coaches. Smith, an Atlanta native who has played his entire eight-year career with the Hawks, also would like to play for a franchise he believes is more committed to winning a championship.

As the trade deadline approaches, the Hawks have taken calls from teams interested in acquiring Smith—Golden State is among the teams who have inquired. But the Hawks so far have given no indication that they intend to part with Smith, who likely would command a high price in a trade.