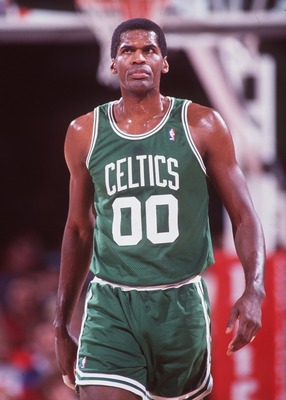 Jackie MacMullan has a great new article up on ESPN Boston this morning comparing the end of the original Big Three's careers with the newer version. Robert Parish claims he should have retired two seasons earlier, but the best tidbit from the article is the following:

"What set Larry apart from Magic and Jordan was he wasn't an in-your-face leader like they were," Parish said. "He had too much respect for us. If you weren't having a good night, he was more inclined to encourage you, or not say anything at all.

"But Magic and Jordan would jump all over you."

In one of his first practices with the Bulls, Parish botched one of the plays and was amused to find Jordan jawing at him just inches from his face.

"I told him, 'I'm not as enamored with you as these other guys. I've got some rings too,' " Parish recalled. "At that point he told me, 'I'm going to kick your ass.' I took one step closer and said, 'No, you really aren't.' After that he didn't bother me."

The Chief might have been the only teammate of Jordan's to ever stand up to him, and Jordan was wise to back off considering Parish's martial arts skills.