What the Hell Happened to...Roy Rogers? 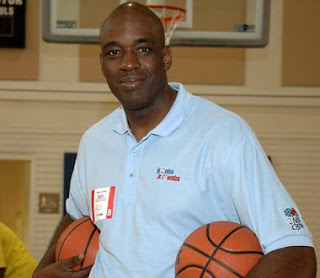 This week in WTHHT, we remember the career of Roy Rogers.  No not the famous Western Actor / Singer, but rather the man that played 9 games for the Celtics in the 1997-98 campaign, and wore #99.

Roy attended the University of Alabama where he was selected by the Grizzlies with the 22nd overall pick in the loaded 1996 draft (making him the 3rd WTHHT story after this guy and this guy).  His rookie year he actually played in all 82 games, starting 50 of them and averaged 6.6 ppg and 4.7 rpg in 23 minutes a night.  He also averaged 2 bpg in that time.  In fact he finished ninth total in the whole league that season in blocked shots (this is where some GM will normally step in and offer the Jim McIlvaine or Micheal Stewart extreme-contract based on blocks per minute.  Speaking of McIlvaine it's too bad he never played for the Celtics so I could write on him.  Check out what he's been up to.  Are you kidding me?  He takes pictures of cars for Hot Rodding Magazine?  Amazing how much fun we'd have had with that here).


But I digress.  Enter the Evil Emperor, along with the trusty Buffoon at his side, who would play the role of dumb GM (For the record this is a role the Buffoon has flourished in).  Fortunately no big contract was offered to Roy Rogers but they instead traded the corpse of Tony Massenburg and a second round pick to acquire him in October of 1997.  That seemed like a steal for the Celtics at the time.  But Rogers proceeded to do nothing in Boston.  He lasted only 9 games accumulating a total of 7 points and 5 rebounds in 37 total minutes.  He'd be included in the Chauncey Billups- Kenny Anderson trade in February of 1998 and be sent to the Raptors.

After 6 games with the Raptors, and 10 day contract signings with the Bulls, Rockets and Cavs (none of which he'd play a game) Rogers landed in Denver for the 1999-2000 season.  He'd play overseas for the next few seasons including in Poland in 2003.

Only Celtic diehards might remember that a guy named Roy Rogers played for the team.  I must've been

crazy at the time but I was really psyched (I tended to get carried away with college players who were beasts, and Rogers definitely was one.  Did you know he once blocked 14 shots in an SEC League game vs Georgia?  Beastly indeed).  That Celtics team desperately needed help inside and I had been very familiar with Rogers' career in college.  I thought it would translate to the NBA and that the Grizzlies simply hadn't given him the chance to stick around.  He put up solid numbers in his first season with them (granted they were a God-awful team, one of the worst in NBA history record-wise).  As the 22nd pick in that ultra-talented draft, it's tough for me to put a finger on why his career didn't last longer than it did.  Couldn't have he had a career similar to Kelvin Cato?  Or Andrew DeClercq?    He certainly seemed athletic enough.

Because of the name, this ties Roy to Bimbo Coles.  See Coles' nickname "Bimbo" was based off a country 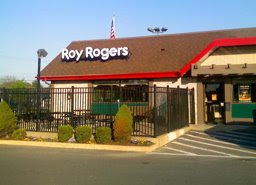 western song by Faron Young.  Obviously Roy Rogers is most well known for his music and acting (and is tremendously underappreciated for his Roy Rogers restaurants.  It's probably my favorite fast food.  I like going to the Grover Cleveland Rest Stop off the NJ Turnpike in the middle of the night where one still exists.  Their fried chicken is better than Popeyes (no relation to Popeye Jones here) and KFC (sorry Delonte) and their fish sandwiches are delectable.  For anyone who has never tried Roy Rogers chicken I encourage you to.  It's given me an appreciation for Grover Cleveland as well.  He's my favorite President and I'm happy he has a rest stop named in his honor).

For the past 2 seasons Roy was an assistant coach for the New Jersey Nets, including last season's 12-70 debacle.  (Giving us a reason to remember this atrocity).  This year it appears he will be acting as the Nets' Advance Scout.

***Addendum- October 15, 2010.  Amazingly enough Roy was named assistant coach for the Celtics about 2 days after this article was written, replacing big man coach Clifford Ray (who once saved a famous dolphin from dying).  And you thought Celtics' front office people didn't read celticslife.com...