WOULD YOU make this John Collins trade? 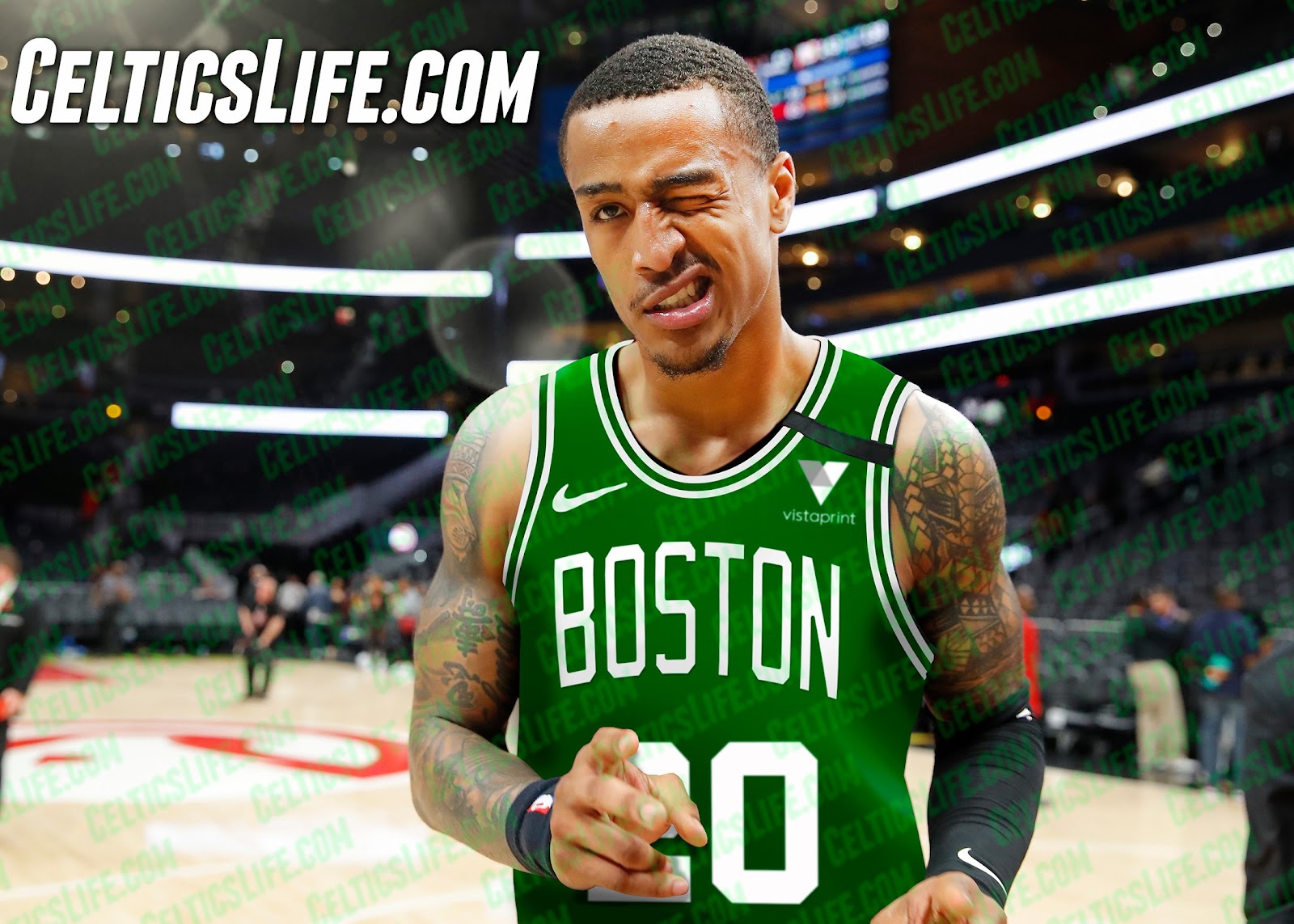 Another NBA trade deadline and another chance to snag John Collins. The Hawks are definitely not giving him away and they'd like to trade him for another star (They've been rumored to be pursuing a Ben Simmons deal). But they also have tried to acquire Marcus Smart recently and he'd make a very nice compliment to Trae Young in their backcourt.

Smart is not enough to get Collins, so how much are you willing to add? Here's one idea:

Now with these WOULD YOU's we tend to see the worst in people on social media, while luckily our readers/commenters end up being more objective and realistic. It should be noted that the "assets" in this deal are only John Collins coming to Boston and Smart and the two first rounders going to Atlanta. The other players are all contracts and either negative assets due to their salaries or non-difference makers.

While the Hawks could "sell" the Horford addition as a homecoming and he'd help, just like when Boston traded for him this past summer, he's still a negative asset. So for Boston, they are getting the best player in Collins, while also getting out from under Horford's last season on the books.

For the Hawks, they get Smart and two first rounders, and while having to take on Horford's contract, it's not like he can't help your team. It's just that his salary number exceeds his value.

Now if you think Boston is giving up too much, I'd argue that the Hawks are more likely to turn this down since they're looking at two first rounders outside of the the lottery (Generally one lottery pick is worth more than two non-lottery picks) and a good, but not great player in Smart, while also taking on Horford's deal. And if you want to argue that they are getting two of the three best players in the deal, that's not really a positive as they are the rare team with too much depth.

But if they feel that they just want to move on from Collins, the two first round picks are assets they could then use this coming summer in a trade for another top shelf player. Not by themselves, but combined with some of their players.

Faceless future first round picks are rather criminally undervalued by fans, but remain asset gold for NBA teams. The Cavs couldn't get two first rounders for Caris Levert. The Blazers couldn't get one first rounder for Norman Powell, though that one is more complicated, because they also wanted to dump Richard Covington's contract.

Collins is a younger and better player than Powell or Levert. He should be worth more. And honestly with the exception of some amazing playmaker, he's the ideal piece for the Celtics to add.

Collins is young and fits age wise with the Jay's and Time Lord. He plays the 4 position and is a much better compliment to the Celtics' center Robert Williams than Horford is. At this point in his career, Horford shouldn't be playing the 4. Collins is also an ideal small ball 5 in today's NBA, so you could start him at the 4, but he could also serve as Time Lord's back-up.

But what about this season and the point guard position? Well first of all, Stevens' job is to build a contender, not strive for the conference finals or semi finals. In the meantime, you roll with Schroder, Pritchard, and Delon Wright as your point guards. Then this offseason you add the final piece in a solid playmaking point guard. Shoot, maybe they finally sign the guy I've wanted for years now, Ricky Rubio, once he recovers from his injury.

Rubio wouldn't be the long term piece, but he gives you a buffer until you add that guy. And once you become a very good team, you jump to the front of the line when players are bought out.

Another advantage of Collins over an established All-Star, besides age and positional fit of course, is that his contract isn't nearly as high as guys like Damian Lillard and Bradley Beal. The Celtics would have to gut their team to add a veteran star and then only sign minimum guys.

Collins works better in terms of forming a full team. In terms of this season the expiring contracts the Hawks dump on us Gorgui Dieng, Lou Williams, and Wright could all actually have a role. Dieng as the depth big, Williams for his shooting off the bench, and Wright at the point guard position.

The Hawks get Kanter for Dieng, so they save some money in that swap. Horford has no ideas of grandeur anymore, so he can take many of Collins' minutes, but be much happier as a complimentary piece than Collins is. And they add Smart. So while they take a small step back this season, as one would expect when you're the team adding picks, it's not like they just lose a key guy for nothing. Smart and Horford both will help.

9 man Celtics rotation (for the rest of the season/playoffs):

So WOULD YOU do this Smart and two first rounders for Collins deal?