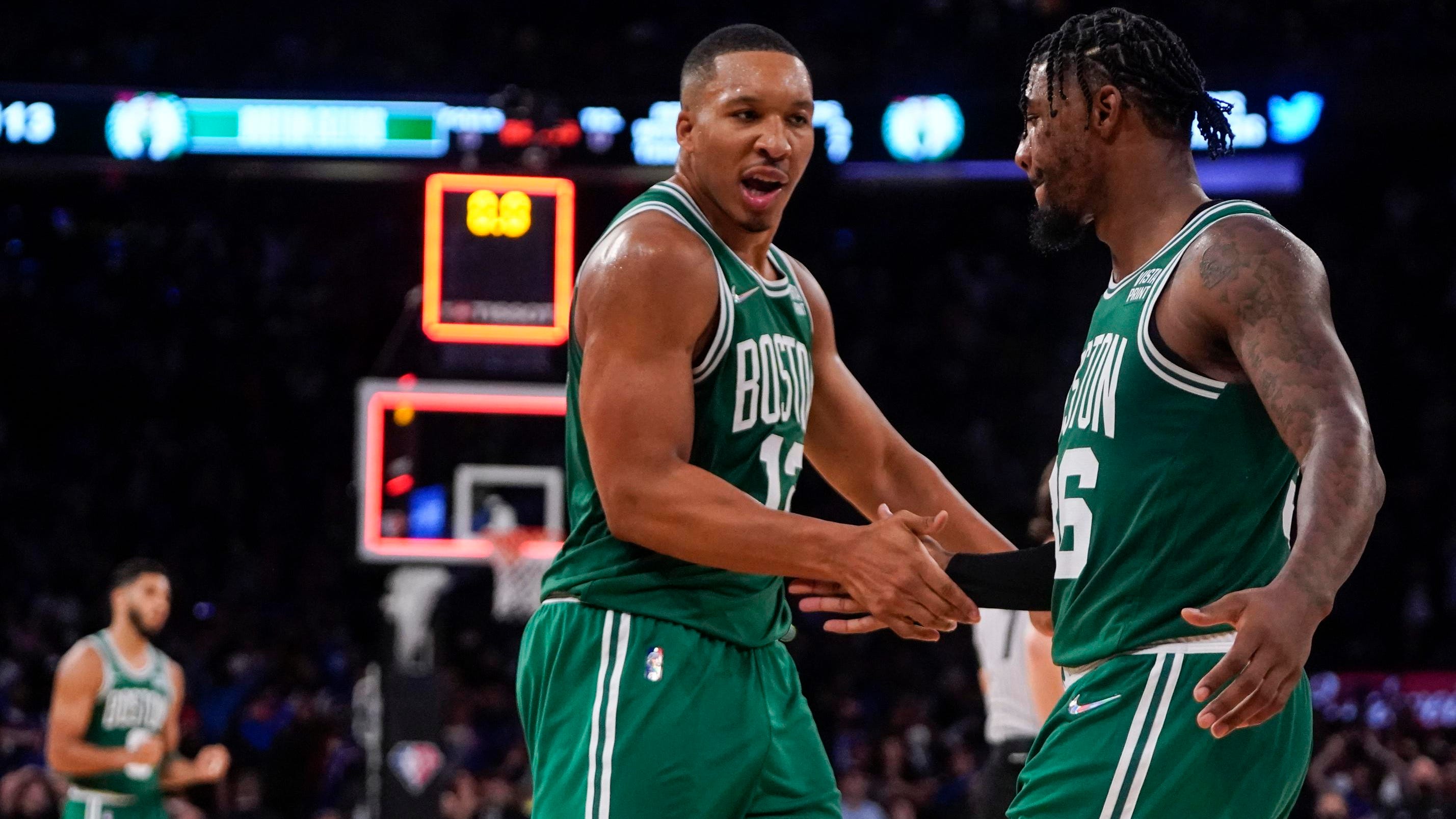 On Monday Jackie MacMullan discussed on Bill Simmons' podcast that third year Celtics forward Grant Williams is available in trade talks as we approach the NBA trade deadline, which is now just two days away.

"The one thing I've heard that I don’t like is the possibility of (the Celtics) moving Grant Williams."

"I think Grant Williams has had a really good year. He’s four inches too short but he’s the only guy who is hitting threes for you. You better get a shooter back if you are going to trade Grant Williams."

Many Celtics reporters and fans were surprised to hear this, but to me it make sense. In our 2002 Celtics Trade Asset Pyramid we actually had Grant Williams listed as one of only 5 players on the roster that had real value, aka as being at least equivalent to a first rounder as a positive asset in a trade.

When you consider the other four players include Jayson Tatum, Jaylen Brown, and Robert Williams, who have been reported as Stevens' "untouchables," that leaves just Marcus Smart and Grant as players the Celtics could deal for an upgrade somewhere.

The other kids Aaron Nesmith, Romeo Langford, and Payton Pritchard reportedly are not desired by other teams, and the Celtics haven't even been able to extract a good 2nd rounder for Dennis Schroder. Josh Richardson, while having a good year, is not going to get you back a 1st rounder, unless you're taking back a bad contract in return.

So if Stevens actually wants to play in this trade deadline, he needs to be willing to at least talk Marcus Smart and/or Grant Williams in trade talks. We've seen a few rumors of Smart talks, so MacMullan hearing buzz on Grant is really only surprising in that it took this long.

And Jackie is correct that Boston would need to replace Grant Williams with another shooter, but sometimes these things take multiple deals. If Stevens feels like there is a great deal to be had, which includes parting with Grant, he will make that move and then address shooting later.

You can always add shooting. What this teams really needs is another very good borderline All-Star. You have to be willing to give up something good in order to get something good, let alone very good. It's why we're also hearing that the Pelicans have made Josh Hart available. Immediately people think we can just trade some subpar package of Schroder and Nesmith for him, which is wrong on multiple levels. Hart is available like Smart and Grant are available, as a piece to be used to get a better player than said player.

It appears very quiet on the Celtics trade front. That could just be a new thing with Brad Stevens running a tight lips ship. I still would be shocked if Boston doesn't even make some small move, if for no other reason than to get under the luxury tax, which is widely reported to be a priority.

They could trade Schroder for a 2nd rounder and some bum on a smaller contract, that gets the Celtics under the tax, and fans can pretend the player actually was desired (See Luke Kornet, Mo Wagner, Moses Brown, etc).

I do think that the Celtics recent play, while not changing Stevens' big picture plan, may at least dissuade him from trading Josh Richardson for some underwhelming offer just to save some cash and pick up a 2nd rounder. If you trade Josh without getting a piece back that is as good, then you're essentially giving up on the season.

And like I said, due to the team's recent play, there is some hope finally around the team and I don't think Stevens would do that to Tatum, Brown, and Udoka just to get a 2nd rounder. Same goes with Smart. Whereas if the team had a horrible January, Stevens might have just traded Smart for any 1st rounder, he likely now will be more picky.