Who Rocked It Best? Number 4

On this week's Who Rocked It Best? let's review four who wore number 4.  The number has had a rather fleeting history of wearers who rocked the number for just a second (think, Chauncey Billups and Jason Terry), but here are four who've worn it a little longer and more distinctly:  Tony Battie, David Wesley, Nate Robinson, and Isaiah Thomas.
Battie was a journeyman big who played for the C's from '98-'04, on the team headlined by Paul Pierce and Antoine Walker.  A high draft pick (5th overall) by the Nuggets in '97, Battie didn't quite pan out in the Mile High, and was immediately dealt to Boston where he carved his niche as a defensive role player.  Averaging only 7 points, 6 boards, and 1 block for the Green, Tony though, proved to be a chemistry guy who stabilized the bench and locker room atmosphere.  His best contribution, though, may have been as a lifesaver, as he was Pierce's companion on that fateful September 2000 night when the Truth was stabbed at a Boston nightclub.  Battie and his brother were the ones who rushed Pierce to the hospital and helped saved his life.
Wesley may be known as one of the better undrafted players the NBA has seen.  Standing 6'0", Wesley was deemed to be too small to make it in the pros, and was left off the '92 draft board.  But working through the CBA (precursor of the G-League) David earned his way onto the Nets roster in '93.  The next season, Wesley caught on with the Celts, and stayed on for the next three years, culminating in his overall best season in '97 with averages of 16.8 points, 3.6 rebounds, 7.3 assists, and 2.2 steals.  Despite the impressive figures, however, Wesley was allowed by then Celtics (mis)management to leave the following season in free agency and he went on to blossom his career further in Charlotte/New Orleans.
Robinson, at 5'9", is one of the smaller players to ever come through Green doors, but he also carried one of the biggest personalities.  Part of the Truth/KG/Ray era C's (2010-11), he helped energize the bench with his quickness and offense, and designated himself as "Donkey" to Big Baby Davis' "Shrek."  A three-time NBA Slam Dunk champion, he was also known as "Krypto-Nate" as he one of the dunkers he defeated was (then) "Superman" Dwight Howard.  And although Donkey did not win a ring, he turned in one of his best performances for the C's in Game 4 of the 2010 Finals against the Lakers when he scored 12 off-the-bench to spark Boston to a 96-89 win.
Like Nate, IT4 is listed at 5'9" and is one of the smaller C's in history.  Almost like Wesley, he was almost overlooked in the NBA Draft when he was taken last (60th overall) in 2011 by the Kings.  But quite unlike Battie, this number 4 went from lowly draft expectations to MVP-level production with the Celts.  Acquired by Ainge in '14, IT4 immediately went from bench spark plug to starter and crunch time winner.  In the 2016-17 season, Thomas had a career-best campaign of 28.9 points (on 46/38/91 splits), 8.5 FT attempts, and 5.9 assists per game.  Even more remarkably, the "King of the Fourth" delivered in the playoffs, despite incurring personal loss (his sister passed away prior to the first round) and a devastating injury (hip).  Unfortunately for IT, his basketball world crumbled soon after that - from an unfortunate Brinks truck remark to the tough injury recovery and the difficult return to NBA form (much less, MVP form).  And even though fans have been fantasizing about a Celtics reunion all this time, IT got real about that dream and shot it all down recently.
So CelticsLifers, who will it be?  Of these players, who you got for the C's best #4?  Let us know! 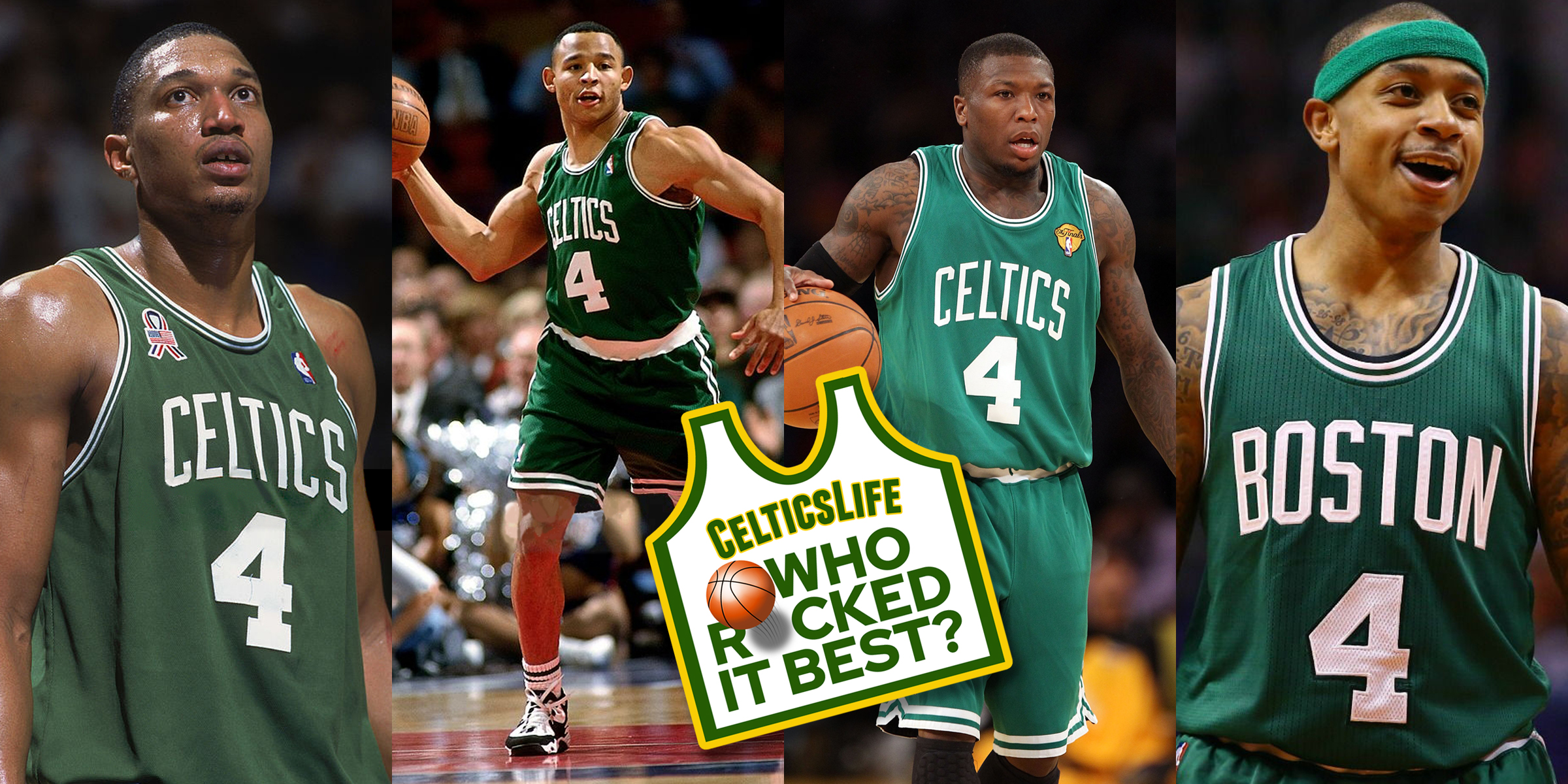