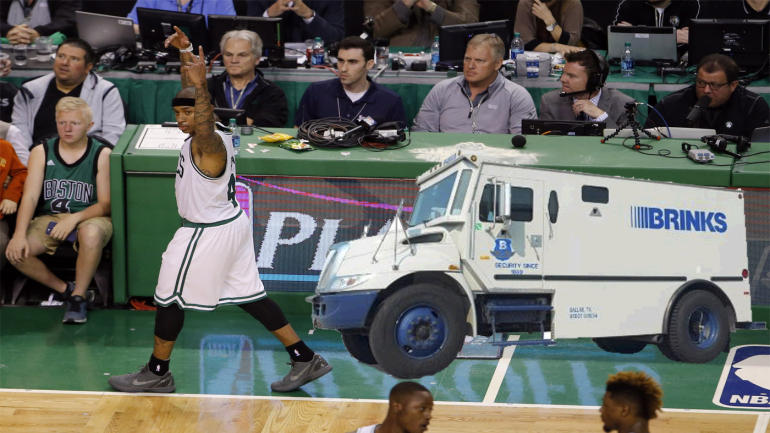 Everyone feels bad for Isaiah. He loved playing in Boston and gave his all for the Celtics. He went from a reserve guard to MVP finalist during his two and half year tenure in Boston. In an ideal world he would have remained a Celtic for the rest of his career. This is the part where we hear about the business of basketball. 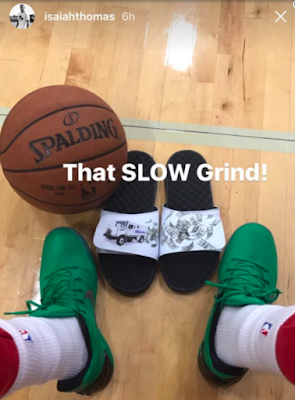 I actually completely agree with a couple players most Celtics fans are not that fond of in Ray Allen and LeBron James. Loyalty is a two way street. When players are free agents they should be allowed to go wherever they desire. They don't "owe" it to anyone to remain working at their current employer. Now if they choose to go to their former team's rival, like Ray did, they should be smart enough to know it won't sit well with the former fan base.

Players can and are traded all the time. The NBA is a business. Were the Celtics disloyal to Isaiah Thomas? Were they unfair to him? I say no to both questions. This isn't a typical work environment. There's a salary cap and a luxury tax. In order for a team to fight for championships, the front office has to be very careful who they offer max contracts to.

Isaiah is extremely underpaid for NBA standards, but I have a hard time feeling too bad for a guy who got to play a game he loves for a job and got paid $6 million a year for that. Also he was treated like a king by everyone in Boston. He doesn't need your tears about, "Oh no he's going to miss out on his 5 year max payday." Save your tears for families suffering in Texas right now. 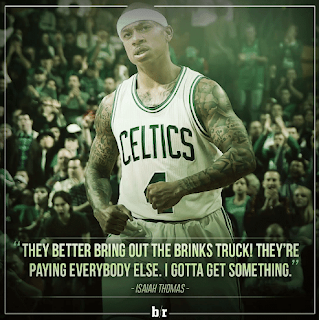 In fact if Isaiah wanted to remain a Celtic, he certainly could have. But he wanted that 5 year max Brinks truck of cash and the Celtics were reluctant to blow that max load on a player who will be in his 30's for the majority of that contract. A player who relies on his athleticism.

If Isaiah had gone to the Celtics and said, "I'll take a drastic hometown discount to remain in Boston and also get a no-trade clause in my contract," the Celtics most likely agree and never trade Isaiah.

But Isaiah wanted to be a starter and not a 6th man. He wanted to be a max contract star player. He wanted that Brinks truck to be backed up and to get every single dollar he could. When you make those demands (whether warranted or not), you risk the consequences that come if the other side balks.

Again, I loved Isaiah in Boston. And if the trade gets voided, I'll love him some more. And yes, I feel bad that's he's an emotional wreck following the deal. And IT playing after his sister's death was heroic. But if I recall, I don't believe the Celtics forced him to play. They said take as long as you like to grieve. That that was more important. 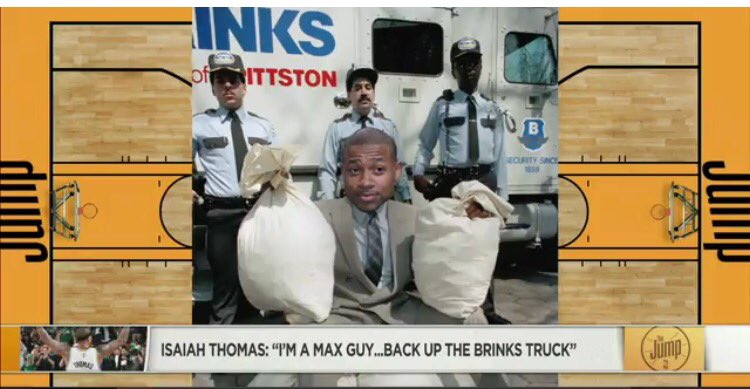 The Celtics owe a lot to Isaiah, but they didn't blindly owe him a 5 year $200 million dollar new contract. They didn't owe him that contract over giving it to another player who could more likely lead us to Banner 18, 19 and 20. Isaiah prioritized getting paid, which is 100% his prerogative. He's never gotten that huge NBA deal. He's allowed to chase that money. But spare me the sob story how the Celtics did him so wrong by trading him to a perennial NBA finalist. If the C's weren't going to meet his contract demands next summer, it makes zero sense for them to just hold onto Isaiah for this final season and then get nothing for him when he leaves.

Isaiah loved playing in Boston and Boston and the Celtics loved him back. Isaiah wanted the big payday moving forward into his 30's and Danny Ainge wants the best opportunity to win championships. No one was "unfair" to anybody. The NBA is a business. If it wasn't, Isaiah wouldn't want a big pay raise, and he'd still be a Celtic. I don't always defend Danny Ainge. Anyone who's been reading this site for the past 8 years knows this. But in this case, he did no wrong.

Related: Ray Allen has some feels about the Thomas-Irving trade
Video: Cavs and Celtics are being unfair to Isaiah Thomas
Video: Did the Celtics betray IT by trading him to the Cavaliers?