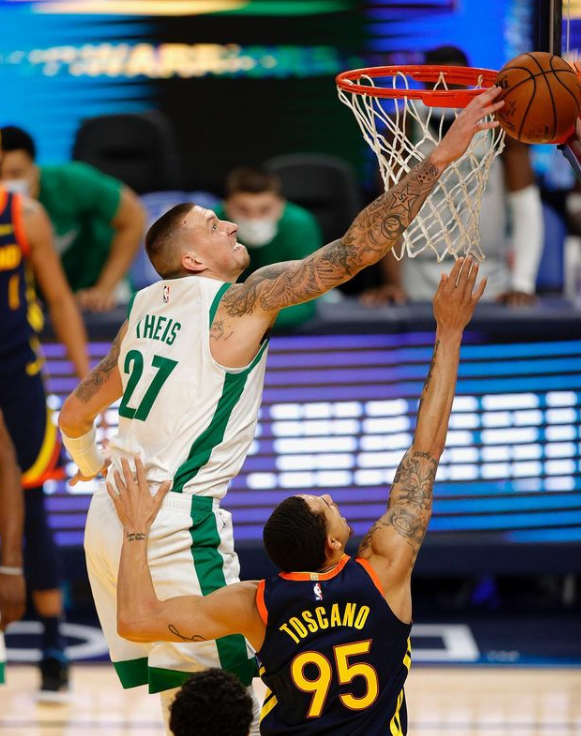 The Celtics got a win Tuesday night/Wednesday morning as they defeated the Golden State Warriors 111-107. The Warriors, who came in shorthanded, battled throughout and really kept this one close for the majority of the game. The C's and the Warriors were exchanging the lead until about the 5 minute mark in the 4th quarter as Boston went on a 15-2. GS was still able to claw back and make it a one-possession game, but it was too little too late.
For the Celtics, it was Jayson Tatum who led the way. Tatum finished with 27-9 while shooting 47%. He made some great shots including his beautiful step-back that creates a ton of space. Kemba looked a lot better tonight than he did on Saturday. It is still not what we want out of him, but he scored 19 points on 6/18 from the field with 7 rebounds, and 5 assists.
Jaylen Brown had his worst game of the season as he just had 18 with 10 rebounds. Jaylen wasn't himself shooting the ball today as he struggled early, but was able to come up with a few clutch baskets in the 4th quarter to help put this one away. It was great to see the way JB struggled so bad in the first 3 quarters but came up huge in the 4th.
Grant Williams also impressed me tonight. The young forward came off the bench, and played very aggressive. He finished with 15-4 in 27 minutes off the bench. 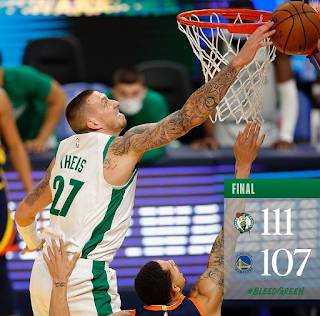 Steph Curry led the way for Golden State as he finished with 38 points including 7 made shots from behind the arc. Steph came out firing immediately and as expected, he gave the Celtics trouble. He added 11 rebounds, and 8 assists finishing just short of a triple-double. You can't even get mad getting lit up by the man who in my opinion, is the 2nd greatest PG ever behind Magic.
The Celtics will stay on the West Coast as they'll now be getting ready to play the Sacramento Kings tomorrow night at the Golden 1 Center at 10.
Read more from George Dimis HERE!
Follow me on Twitter:@GWDimis