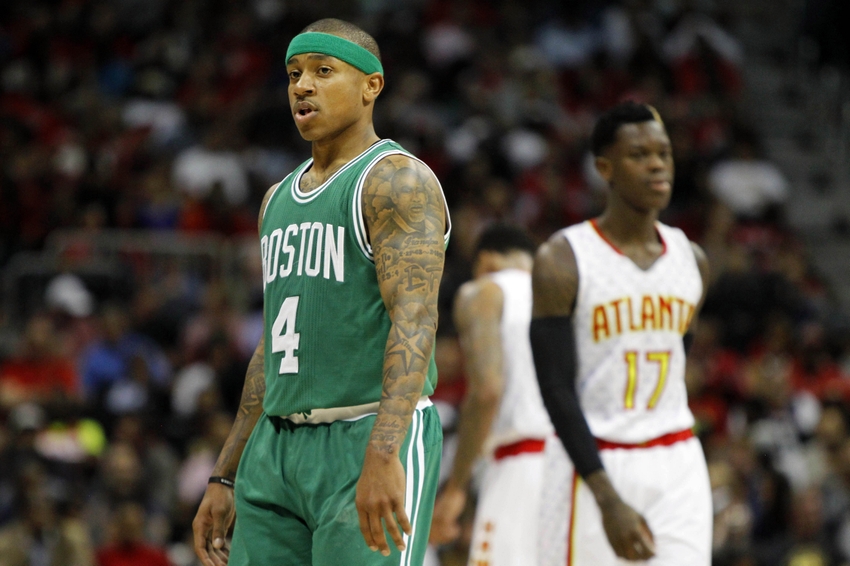 If you've been waiting for the Celtics to re-sign Isaiah Thomas you can give up on that idea. Isaiah has been willing to come back, but the Celtics are not interested.

I always appreciate the love bro. I’ve tried to make it happen. It’s over for coming back killa

Isaiah Thomas appreciates all the love he received in Boston as a player and since then, but the reality is time and time again the Celtics have had the opportunity to re-sign "The Little Guy" as Tommy affectionally referred to him as and it's always a pass. And while I could pander to the fan base and Isaiah for that matter and say the Celtics are idiots for not re-signing him, I don't think that's true.

Isiah needs the ball in his hands. He's similar to Kemba Walker in that regards. And we already have one undersized, ball dominant point guard in Boston struggling in an unfamiliar role. Thomas would not fit. If Thomas was truly healthy then maybe he'd fit as a spark plug off the bench if again we didn't already have Kemba. It's hard enough to hide one defensive liability on defense.

Look I loved Isaiah in Boston. But there's probably a reason no one has signed him this year. And if any team was to sign him it wouldn't be a team that's already struggling to incorporate their ball dominant point guard. There are plenty of reasons to criticize Ainge. Passing on an awkward and what would be disappointing second chapter with Thomas isn't one of them. Paul Pierce and Kevin Garnett aren't re-signing with Boston either.