Kyle Lowry puts Toronto home up for sale; Could the Celtics trade for him? 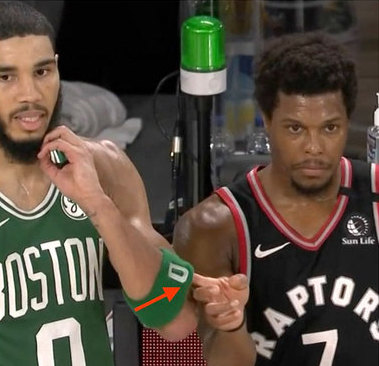 Watching the Celtics vs Raptors series this past summer, one thing that stood out for me was that despite how annoying Kyle Lowry is to watch as a fan of an opposing team, I sure would love to have him wearing green. Like he was their Marcus Smart. Imagine having the two of them wreaking havoc on the defensive end in the playoffs?

Kyle Lowry is in the final year of his contract and has put his home up for sale in Toronto. The latter could mean nothing, but often times this is the ripple you get before a star moves on. Like when Tom Brady put his Massachusetts home up for sale, I knew then he was 100% gone.

The soon to be 35 year old All-Star NBA champion guard definitely doesn't fit the Tatum/Jaylen timeline age wise, but also because of his advanced age might actually be obtainable and wouldn't cost an arm and a leg. Then again the Raptors GM Masai Ujiri is one of the best in the business, so I could see him getting some young player who doesn’t look like a future star now, but develops into one.

But back to being positive. Lowry is old, is on an expiring contract, and the Raptors have a losing record. Those are three reasons why a guy could get traded. I would love to get some egg on my face for my earlier post Please STOP with the "Trade Kemba" statements! He is untradeable & will remain a Celtic this season and see Ainge flip Kemba for Lowry. But as I wrote then, you'd also be attaching a bunch of firsts and I don't think Ainge will do that. I could see Ainge maxing out at a Kemba + Nesmith + a 1st offer for Lowry (and contract filler). And I would expect Ujiri to turn that down because he can get better assets elsewhere while also not having to take back a very tough contract pill in Kemba.

Could you get creative with the TPE to get up to Lowry's $31 million contract number? Maybe. But you'd still have to cough up some quality assets. I'd expect the Ujiri to ask for players like Smart, Time Lord, and Pritchard. But who knows? Maybe Lowry asks to be traded and the Raptors are willing to oblige because he has meant so much to Toronto and you can get him for the TPE, Nesmith, and a first rounder.

What would you do with Kemba then? Well his realistic ideal role at least on a contender might be a Lou Williams/Jamal Crawford type off the bench as I write about in the earlier piece, so that would be his role for the rest of the year. Not ideal to pay that much for that role, but the contract is water under the bridge now. You have to accept it and move on. Adding Lowry would be fantastic. He's used to playing next to other young stars like Leonard or Siakam and he doesn't need the ball in his hands to be effective. So he's a solid defender that is still playing like an All-Star and who's game would fit well next to the Jay's. And just as important, he's actually could be obtainable unlike pie in the sky trade targets like Bradley Beal.

Get on the phone Danny. Be careful while on said phone, but make a call.

Please STOP with the "Trade Kemba" statements! He is untradeable & will remain a Celtic this season https://t.co/i7EoqDqBUj pic.twitter.com/Tc6HmqAiR5