Who Rocked It Best? Number 12

This week on Who Rocked It Best?, let's take a look at the jersey number 12.  The number features some of the more hardworking Celtics the parquet has ever seen: Grant Williams, Don Chaney, Terry Rozier, and Jerry Sichting.
The current employee #12, Grant Will was drafted in the first round (22nd overall) by the C's in 2019, following a stellar three-year stint at Tennessee.  In recent weeks, the second-year pro has seen his usage increase, particularly during late game stretches where his high basketball IQ, defense, and much-improved three-point shooting have earned him the team's trust.  Our colleague Seth gives you more reasons here as to why Grant has become an untradeable player.
Chaney is one of the best defenders in Green history.  A five-time All Defensive Second Team award winner, Chaney came into the league in '68 and immediately helped fortify player-coach Bill Russell's backcourt en route to the '69 championship.  He would win swag again in '74 with the Hondo Havlicek-Dave Cowens C's, before leaving for St. Louis of the ABA in '76.  Chaney would return to the NBA with the Lakers the following year, before returning to Boston in '78 to help bring along rookie Larry Bird.
Rozier was the Celts' top pick in '15 (16th overall) following a strong sophomore campaign at Louisville.  A solid 1 with range, Rozier learned the ropes playing behind IT4 and Kyrie Irving in his first couple of seasons, before uncorking his potential in '18 when Kyrie missed time due to injury.  During that season's playoffs, Rozier morphed into 'Scary Terry,' when he posted remarkable numbers (16.5 points, 5.3 rebounds, 5.7 assists, 1.3 steals) to help lead the C's into the ECF.
Sichting was a key Auerbach pickup in '85 (aside from Bill Walton), who bolstered bench scoring for the '86 champs.  A skilled gunner and hard-nosed defender, the 6'1" Sichting was known for his timely long range sniping, as well as for taking on tough defensive assignments.  His best-known tough assignment came during Game 5 of the '86 Finals, when Houston's 7'4" big Ralph Sampson switched onto him.  Unable to gain good position in the post, a frustrated Sampson swung an elbow at Sichting, but instead of finding an unnerved and consigned defender, Sampson got an incensed enemy.  A melee broke out, and the C's lost the game, but the fire was lit for the team's bounce back victory in Game 6 to take title 16.
So what do you think, CelticsLifers?  Which employee #12 Rocked It Best?  Let us know! 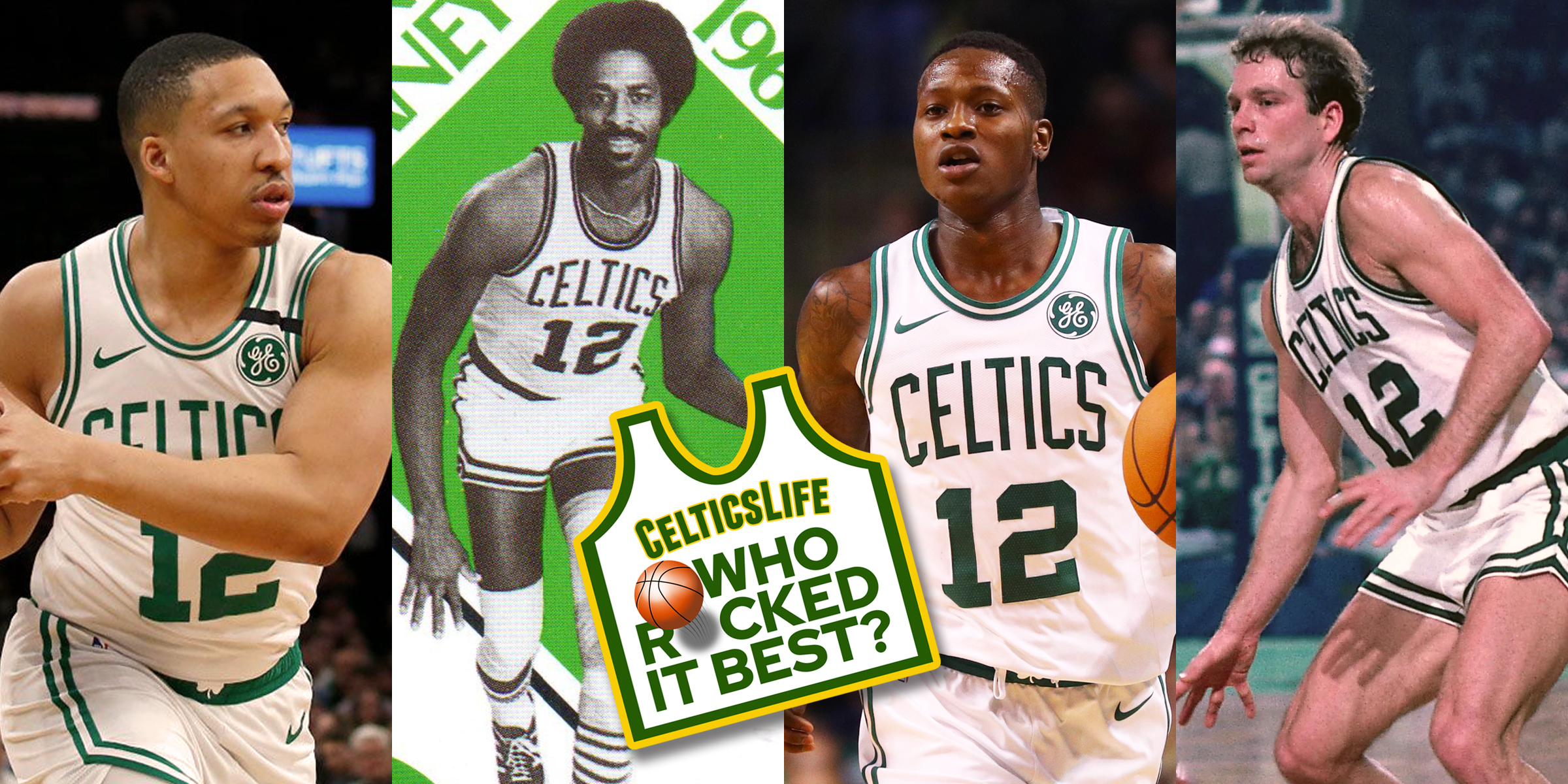