Grant Williams should be an untradeable player 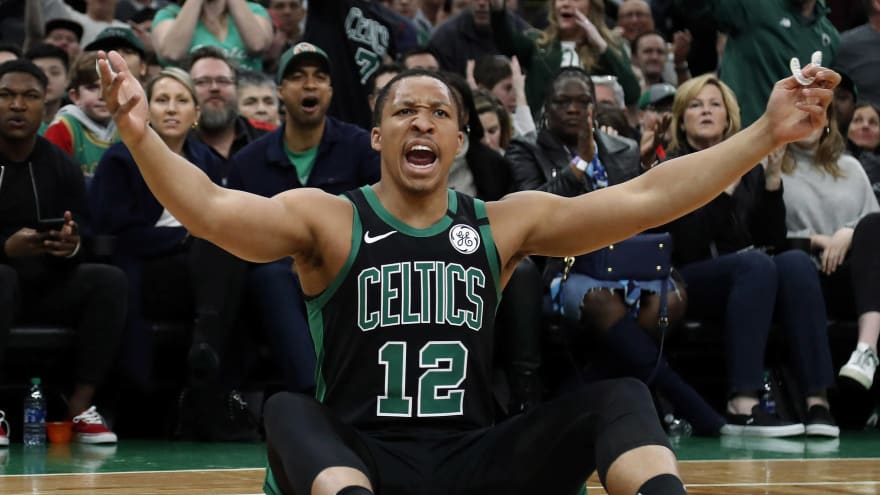 What makes a Super Bowl Sunday even better is when your favorite basketball teams play earlier in the day. We had a nice 2 o’clock matinee game that basically led into the super bowl. You know, it would’ve been nice for the Celts to get a W for us to clinch a winning record on this west coast road trip, but I was happy to see Tom Brady get his seventh ring and become the undisputed GOAT. I don’t know what happened to the Chiefs last night, they probably had their worst game in the Mahomes era.

Anyway, the Celtics-Suns game yesterday definitely wasn’t ideal, but I liked how the Celtics were able to stay in the game the whole time while shooting 35% from the field. It for sure wasn’t a good sign to see Kemba shoot that poorly, again, but the team has been giving me different vibes on this road trip. I feel like they are competing at a higher level and we are seeing improvements from guys who haven’t been playing up to their potential like Tristan Thompson who has had a solid road trip.

Being 12-10 is gross but I’m still not worried about the Celtics yet, I think they will eventually figure everything out when most players are healthy. Regardless though, the Celtics are going to search for possible trade acquisitions very soon. On one hand, you start to think of all the possibilities that are out there to trade for. Do we go big on someone like Aaron Gordon, or go for a solid role player like Thad Young? Do we go for point guard depth or wing depth or both? Trading speculation is fun, until it comes to deciding who the Celtics will need to trade. Who are the untradeables?

This is one of the first years where I like basically every player on the roster. I feel like everyone on the team gets along so you’d hate to break up the squad but that’s just how it’s gonna have to be. There are some obvious untradeable candidates like Jaylen, Tatum and Smart. Kemba is untradeable too but people are going to make the argument to trade him until he performs consistently. Those people don’t understand/care that Kemba is coming back from a year long knee injury while he always has a huge part in team chemistry.

In my opinion, there are only two more players that I would want to stay out of every trade that the Celtics try: Payton Pritchard and Grant Williams. Payton Pritchard is one I think most people will agree with just because of how comfortable he looks and how much of an impact he has had on the Celtics. I’m not sure if everyone is on board with Grant being an untradeable player, but I just think he has a high ceiling that can be reached with more experience.

"I trust in him, we trust in him in the biggest moments to come in and do what we need him to do, and that's just make winning plays."

His statline of 5.8/3.2/.8 doesn’t really stand out to people all that much, but I remember there was a player who’s stats didn’t really matter because he made winning plays and did his job. I know people may want to trade Grant if that means we get someone who has better stats than him, but I think a player like Grant is unique and valuable. He’s the type of guy who does whatever he is told and is ready whenever the team needs him. That’s why he can have a DNP in one game and then start the next one, or play no minutes in the first three quarters and then come in the fourth and get asked to defend a great player. He isn’t someone to complain about playing time or has a need for the ball or any type of toxicity like that. He seems like a guy who will do what he needs to do for his team to win and that type of positivity displayed by a player is important for a championship caliber team. He also has proven to be extremely impactful in the playoffs, earning a 142 offensive rating and a 109 defensive rating. Plus, he’s still only a third of the way through his second season.

I keep telling you guys that Grant’s ceiling is Draymond Green (in his prime), well Draymond in year 2 had a statline of 6.2ppg/5rpg/2apg/1.2spg/.9bpg. It’s not the exact same progression, but I’m trying to say that for versatile players like Green and Williams, it takes a little while to understand how to fit them into a team’s system. Grant’s still got a long way to go but I can tell that he is sharpening his skills to make things work.

During this road trip, Grant has been playing very well offensively earning 10.3ppg on 57% from the field and 56% from three on an average of four attempts per game. It’s funny how bad he started last year while shooting threes and then this year he is lighting it up. His shot feeling more comfortable could be the key to unlocking his potential. This is a play that stood out to me from yesterday’s game:

Grant was feeling himself in the second quarter of yesterday’s game, scoring or assisting on 9-10 Celtics points from the 3:52-1:54 marks. I’ve seen Grant do the fake dribble hand-off one other time in the preseason I think, but this is the type of stuff I’m talking about with him. He sets the defense up by doing dribble hand-offs all game and then when they aren’t expecting it, he takes it to the hoop for an easy two. I don’t think anyone outside the top 4 players on the Celtics are making a high IQ play like that. As his career progresses, he might be someone who is capable of taking the ball up more and running the second unit offense. Again, he has a long way to go but what I’m seeing looks promising.

I think defense has been his biggest problem this year aside from free throw shooting. It doesn’t help that he has been getting a bad whistle from the refs, but despite that I haven’t been impressed with his defense so far this season, as he has a defensive rating of 113. Grant is a 6-6, 236 pound player so he is asked to basically guard anyone. That’s why sometimes he’ll get cooked by guards or sometimes he’ll get cooked by centers, but it’s the fact that the team trusts him to guard those types of players that is really important. His defensive versatility comes in clutch against a lot of different lineups and if it weren’t for Semi sharing that same kind of defensive role then Grant would probably have more playing time.

The thing is that I’m not that worried about Grant’s defense right now because know that he is a player with a lot of hustle and grit, so as long as those things stay constant then I'm sure his defensive play will pick up. We've also seen him step up in big time situations, like when he blocked Fred VanVleet to secure the win in Game 7 of the playoffs.

Grant Williams said he got a piece of Fred VanVleet’s late 3-pointer. Sure looks like he did based on this AP photo. pic.twitter.com/lmeZOAO9H2

If you guys have been reading my posts, then you already know how much of a big Grant Williams guy I am. I mean I think I’ve already brought up the Draymond comparison like three times already. Seriously though, I think he should be someone Ainge should try to avoid trading at all costs. Hopefully teams will just look at his stats and undermine how valuable he actually is and stay away from trying to trade for him. One other things I should mention is that he is a great guy off the court. He just recently won the Bill Russell mentoring award for virtually mentoring teens across Boston during the pandemic. He's just someone you want representing your city. I will be mad if he is part of a trade for another role player.