Another annoying Celtics game to start the season 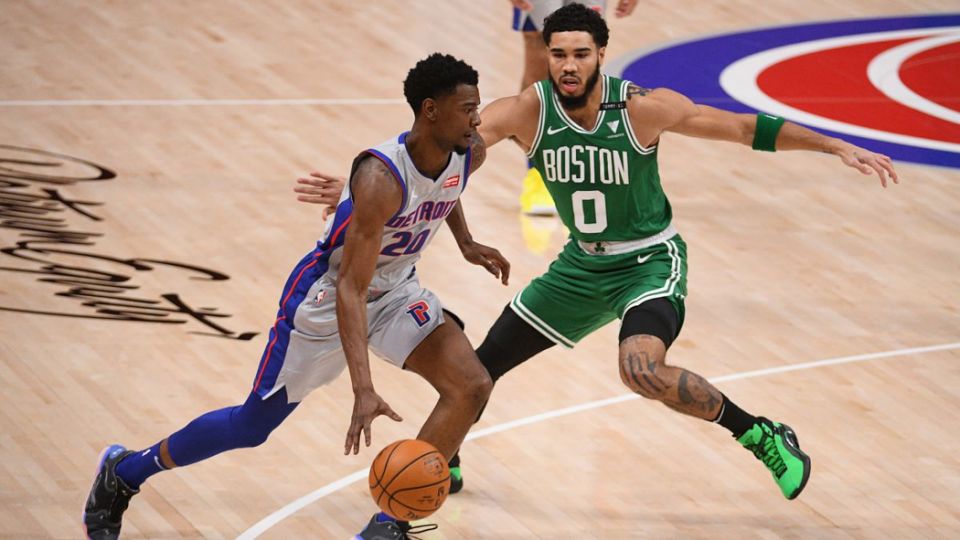 Yup, a loss to a winless Pistons. Sure. That’s just how it’s going this season. I know it’s early but like I’m seeing a lot of red flags so far. The Celtics are just not playing like the two or three seed team we expect them to be at. Right now with a 3-3 start to the season, they’re playing like a five or six seed. They have the capability to get at that higher level but they have a long way to go.

I am missing Kemba Walker way more than I thought I would during this stretch. It really looks like this team could use another scorer that isn’t a Jay. For a team so reliant on their star players, it's going to be nice to add another scorer like Kemba because this offense absolutely stinks right now.

This was like the worst first quarter of Celtics basketball I’ve ever seen. They only had 3 points through the first 6 and a half minutes of play, and finished the quarter with only 12 points. They shot 26% with 7 turnovers in that quarter alone. The Celtics overcame a 21-point deficit and then got into another shooting drought in the last 4:15 of the game. The difference between the two quarters is that in the first quarter they played like assholes, and in the fourth quarter they just couldn’t get shots to go. It’s a combination of how the offense is run and how the players can’t execute, but they can’t keep doing this to themselves.

It was another annoying ending, with some tough shots down the stretch but I wasn't as upset about the ending of this one. I’ll give Brad Stevens credit, he drew up some excellent play calls at the end of the game that just didn’t end up falling for us. That shows how the team is making a little bit of progress every game because from what has been happening this season, the game would’ve ended in the hands of Jayson Tatum isolation. But, Brad drew up two really good ATO’s at the end, which was nice to see.

I think if Brad wants to use this Thompson and Theis starting lineup then he has to use it wisely. I don’t think it was the move this game because on the defensive end we were stuck with Theis covering Jerami Grant which isn’t really a great matchup. On the offensive end it doesn't really work as well because even though we are still able to be spaced out with Theis at the floor, defensive players covering Theis will slump in more. It makes it easier for teams to clog the lane and easier to get doubles against our slashing stars. I think Theis benefits more at the five, but it’s nice to have Theis-Thompson lineups against certain teams.

A recurring issue that has been happening with this offense is that everyone is content with Jayson and Jaylen taking shots. They obviously did well and are starting off the season well statistically, but there is a little too much pressure for them to make their shots than I would like. That means players need to get open, which they haven’t. A lot of settling for shots, a lot of forced threes and way too much standing still. When everyone stands still like they are doing, then it’s easy to commit a lot of turnovers. 21 of them to be precise. It’s easier for teams to anticipate passes and shots when standing around, so the offense needs to be moving around more to make it harder for teams to keep up. It's pretty basic stuff. The Celtics need more of a balanced offense led by stars, but to get an offense that flows consistently, the players need to give a full effort.

Jaylen Brown on the slow start: "Give credit to Detroit. They started off with great pace and great energy and we didn't match that."

The team needs to stop picking and choosing when they feel like trying. They are not good enough to do that yet. They should be taking advantage of games like these, not playing down to their opponents like they usually do. In the beginning of the game there were way too many lazy passes and shots, and it looked like there was an overall lack of effort. They ended up digging themselves into a hole that was too big to get out of. Even in the end of the last few minutes of play where Brad drew up some of his best plays of the season, players couldn’t hit the open shots. I’m glad that they at least made a comeback after a horrible start, but they actually didn’t deserve to win this game and I hope it is a lesson for them. Losing in a game like that definitely doesn’t feel good.

I’m still seeing improvement every game in some way. Like today, we got better with the late game plays but just didn’t hit the shots. When the team actually tries, their team defense looks top tier. Jaylen is still having an All-Star start. There’s a lot of good things the Celtics have going on and the team isn’t even at full health. It’s going to be effort that decides a lot of their games, and against the Pistons they clearly didn’t have the right energy going in. They better blow them out on Sunday so I don’t have to write another negative piece

"We didn't expect it to be this bad though."

Marcus Smart discusses the up-and-down start to the season
Presented by: https://t.co/Av8GdCAzPA pic.twitter.com/IM7Qgnqcaf