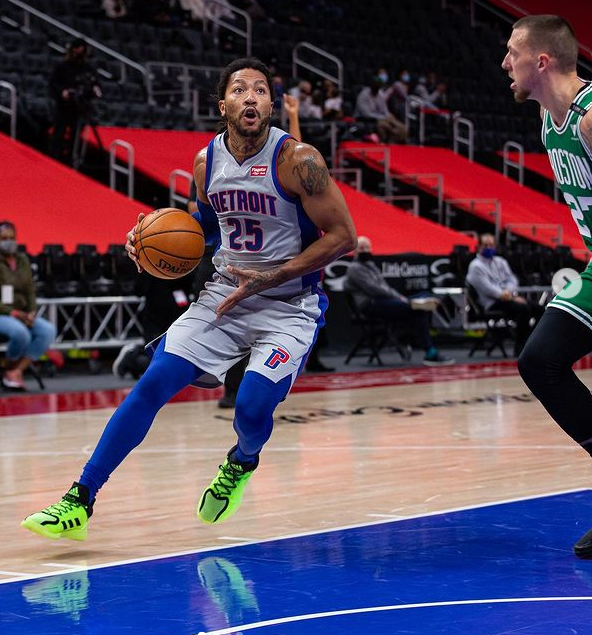 The Celtics' first game of 2021 is in the books. Boston opened up the new year with a 96-93 loss over the Detroit Pistons. It wasn't the prettiest of games as the Celtics started off extremely slow. They finished with 12 points at the end of the first quarter and finished the first half scoring just 40 points, but it was a different story in the second half. Boston was able to erase a 21-point deficit, but still weren't able to finish this one with a victory. It just wasn't the Celtics night. Shooting 25% from deep, 50% from the line, and having 19 turnovers to go along with that isn't going to win many games in the NBA.
Jaylen Brown, who is fresh off of his career high, had another stellar outing for the C's. He finished tonight with 25 points. He was very efficient shooting the ball as he was 12/20 from the field. JB had an open three-pointer in the closing seconds to send the game to overtime, but it unfortunately didn't fall. Jaylen had 9 boards in this one and had some success with finishing at the rim tonight.
Jayson Tatum was struggling early tonight. He finished the first half with just 7 points, but turned it around for the final two quarters. He finished the night with 28 points as the 21 he scored in the second half played a very big role in the Celtics' comeback. Tatum had a good look in the corner to take the lead with about 17 seconds left but came up short.
The Jays shot a combined 4-18 from three-point range (22%). Boston didn't make a single field goal in the final 4 minutes and 15 seconds of this game. The Pistons were practically giving the Celtics this win and they still weren't able to capitalize. It just wasn't their night, and the poor start to go along with a poor finish, isn't the recipe for success. 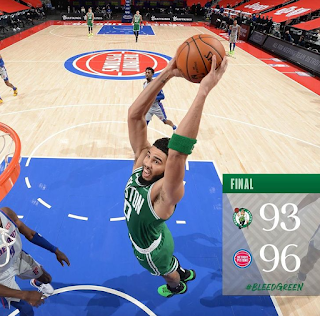 Detroit is now 1-4 on the young season. The Pistons were led by Jerami Grant who had 24 points and 4 rebounds. The rookie from Villanova, Saddiq Bey, had a solid night as he scored his career-high with 17 points. The 19th pick in this year's draft also had 6 rebounds in this game. Derrick Rose came off the bench and was able to pitch in with 17 points, which is his season-high so far. The 2011 MVP also had 5 rebounds and 4 assists as he was giving Boston trouble all night.
Boston came into this one not as aggressive as they should have been. Detroit had a lot of easy looks especially in the first half. Boston also had a very tough time rebounding as the Pistons got 11 offensive boards tonight. The Pistons had a 21-point lead at one point until Boston finally started showing some fight. It was a good comeback but teams like Brooklyn, or Milwaukee won't allow the C's to come back in a game if they played as poorly as they did tonight. The Celtics play Detroit again at the Little Caesars Arena Sunday at 3. Let's hope they clean up their sloppy play, and have a better time playing the Pistons in game two of their series.
Read more from George Dimis HERE!