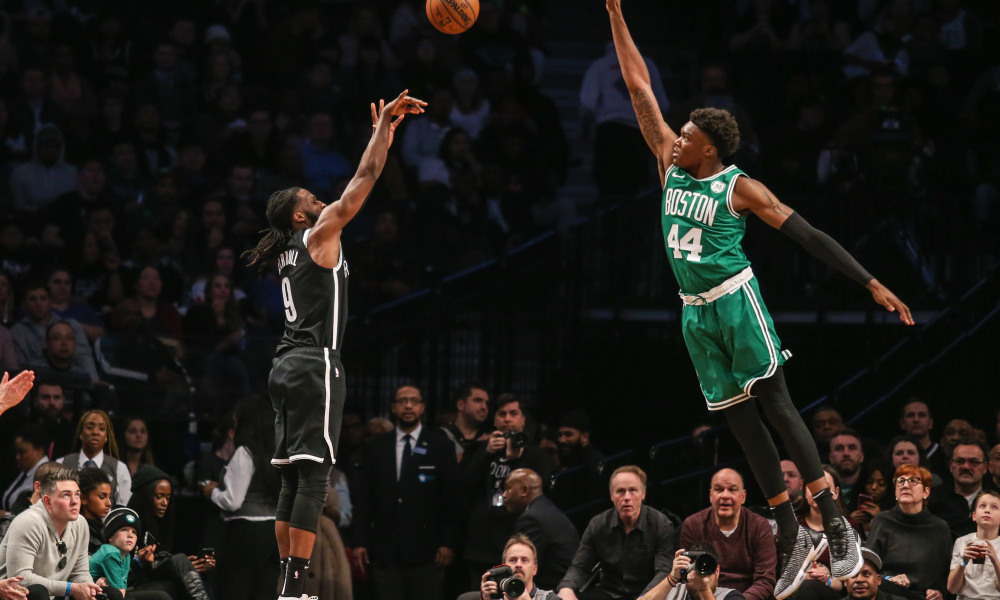 Robert Williams, aka “Time Lord” says he is ready to make a big jump this season, but is put in an interesting situation. After the Eastern Conferenve Semifinals, he averaged about 5/5 on 14 minutes of play per game earning a 98.4 defensive rating and an overall +16 rating. He made an impact that series and it is expected that he takes another step in his development this season.

Even with a solid playoff performance, the subtraction of Enes Kanter and the addition of Tristan Thompson means that Time Lord might find himself in a similar matchup based type role again this year. But, if he shows how he has developed early on in the season, things could go his way this year. So far Brad has been impressed:


Brad Stevens on Rob Williams: "He really played well in the playoffs, especially in the Toronto series and I think he’s backed that up with the first couple days of practice."

There is no question that Williams has the athleticism, the length and definitely the leaping ability to hang with the other big men in the league. It is very possible for him to earn a consistent role on this year’s squad, but he needs to stay healthy. In his first two seasons as a Celtic he has only appeared in 61 regular season games, which is not ideal. His inconsistency to stay healthy has hurt his chances of getting regular rotation minutes, but his freakish athletic abilities and a high ceiling have kept him on the roster.

It’s unclear how much Timelord can actually bring to the table with such a small sample size. What we do know is that he can throw down ferocious dunks, make ridiculous blocks and bring a boost of energy to the players on the floor. There have also been hints at his ability to be a playmaker and his defensive awareness has gradually gotten better. He has the capability to be great, but if he wants to really separate himself from the others then he should develop a three point shot (I mean he probably wouldn’t but that would be awesome).

Rob Will still has areas to improve in for sure though. His overall basketball IQ needs to be developed, for example he needs to know where to be on the court offensively and he needs to consistently excel in the pick and roll game. Cutting to the rim is where he has been most successful, so putting himself in a position where he can get open in the paint is crucial to his game. The 23-year-old still needs time to work on his craft, but he gives credit to his former veteran teammates, as he tries to translate part of their games into his own.


Robert Williams praised Al Horford and Aron Baynes for showing him how to be a pro.

"I watched those guys a lot without them knowing. A lot, a lot, a lot. They didn't even know."

He now has an opportunity to be a mentor to the rookies on the team and demonstrate his leadership abilities. Williams always seems to be a vocal guy off the court and now makes sure he’s a vocal leader to the young players (see video below for more details).

Time Lord is definitely a fan favorite on the Celtics and people want to see him take that next step in his career. His opportunity to prove himself will begin early as Tristan Thompson is missing a majority of training camp with a hamstring issue. The Celtics have two really good centers with Daniel Theis and Thompson, but Williams has an advantage in athleticism, age and he has so much untapped potential. It sounds crazy right now, but if Williams stays healthy and focuses on the mental aspect of his game then he has an actual shot at not only getting regular minutes, but being a starter for this team.

Robert Williams discusses how he is focused on having more of a vocal presence with his teammates this season. pic.twitter.com/laRmqhkBVG

For more input about how the younger Celtics can make impacts this year, click here!