How would you feel if when Danny Ainge finally speaks on the Hayward situation he says this... Since some think we're too hard on Danny, I'll say I kind of would tip my hat to Ainge if when he finally speaks on the Hayward situation he doesn't spin it, but says something like this:


"So we thought Gordon, his agent, and Indiana had agreed on terms financially. While we liked Myles Turner, the players we really wanted were TJ Warren and Aaron Holiday. We figured it wouldn't hurt to try and pry one or both from Indiana. We were looking to fill the center position with Tristan, so Warren was a better fit for us than Myles.'
"While Myles and McDermott obviously would have been better than the meager return re received from Charlotte, sometimes you have to take chances. We wanted James Harden from Oklahoma City in the Perkins trade and I settled for Jeff Green. I tip my cap to Gordon's agent for using the media well to make it seem that Gordon definitely wanted to play in Indiana, which likely got the Hornets to up to up their offer to "An offer he can't possibly refuse" territory. We all should have known that Charlotte was a viable option. I mean he signed an offer sheet there once before."
"I dropped the ball here, but when you miss an easy lay-up, you don't just give up, but you get back on the defense and play on. We will learn from this and continue to do all we can to bring Banner 18 to Boston. Best of luck to Gordon in Charlotte."


Now obviously Ainge can't say all these things specifically. NBA GM's are forbidden from talking about other teams' players for one. But what if he just admits he screwed up? While it was such a gut punch to hear that Hayward was signing with the Hornets after feeling like you knew Boston was getting back Myles Turner at the minimum (and for those who are not fans of Myles including the ones who were, but immediately after the deal fell through all of a sudden said he wasn't any good... Well Turner still would have been a very attractive asset to flip in a future trade. Infinitely times greater than a trade exception.) from Indiana, I would totally appreciate Danny just being straight here and accepting the L, and like I said i'd tip my hat to him for the honesty. 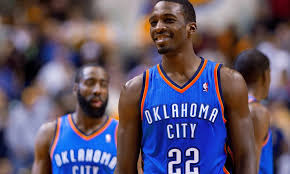 Probably what irritated me most was all the Ainge fan boys, apologists, whatever you want to call them who on Friday said to be patient, that of course Ainge will make the trade with Indy. He isn't going to end up with nothing. Danny is using his leverage to get even more out of Indiana. If somehow the trade falls apart, then Ill rip Danny, but be patient! Well those same people right after the news broke that Hayward chose Charlotte, immediately went into spin mode and changed their talking points.


Many Celtics reporters last night:
Danny is trying to get the best deal possible from IND. Hayward is really good! If the trade falls through then I'll rip him, but patience!

Look I understand it's a different time in media. The people who cover teams, the beat writers, etc tend to be younger and grew up fans of the team they covered (Fans of Ainge even). It's kind of a dream come true to get to be around the Celtics players and organization. You're not going to get the same objective analysis of the team as when people like Bob Ryan, Jackie MacMullan and gulp even Dan Shaughnessy wrote on the team. You're not going to get hard hitting questions. Reporters are less Peter Vescey now and more PR types. You'll get fascinating pieces of Celtics behind the scenes, but no one wants to be the 28 year old guy who asks Danny, Brad, Wyc, Kyrie, Hayward, Horford, Jaylen, Marcus, etc a question they really don't want to hear. I mean Gary Washburn got ripped for mentioning that there was a verbal altercation inside the Celtics locker room after Game 2 of Raptors series.
Shoot we got ripped for writing that Rajon Rondo and Ray Allen didn't get along, had beef, and that Ray could leave the Celtics in the summer of 2010. Didn't matter that it all ended up being true. Look the last thing I'm advocating for is nastier people covering the Celtics. I couldn't stand Dan Shaughnessy, Will McDonough, and all the uber negative writers. But if the vast majority of Celtics reporters covering the team are simply cheerleaders for the team that has an influence on fans. They then think Danny Ainge can do no wrong. Obviously celtics.com writers can't be critical, so anyone that criticizes them is being unfair. But in times like this you miss the tough, but fair reporters who would ask those questions Ainge and the players might not want to hear and would hold a front office accountable when they dropped the ball. In lieu fo that, would love if Danny just spoke straight to the fans like the above hypothetical. Regardless, I'm excited about the rookies, Tristan and to see the continued growth from the younger players. Brad Stevens finally has a team from one season to the next without a major change in star power, so also will be great to see if improve on their success. And of course Ainge has also made some terrific moves in his 17+ years at the helm. We have his Pierce/KG trade to the Nets to thank for Tatum and Brown for instance. He's not a "bad" GM. There are obviously higher standards for the winningest franchises in NBA history like the Celtics or Lakers. We will still be Celtics fans if the GM is just average or good but not not great. Shoot we were still fans during the maddening Pitino/Wallace years. And we will still be Celtics fans whether the team underperforms in the playoffs, Ainge makes a poor draft pick, or bungles a trade. There's just nothing wrong with calling those things what they are when they happen. p.s. Goes without saying, since I preface that it's a hypothetical, but obvioulsy the long Ainge blockquote as well as the meme are not his words. There always will be the one guy, so felt the need to end with this.