With Miami locking up their cap space in $163 mil Adebayo extension, you know what that means for Giannis' future right? 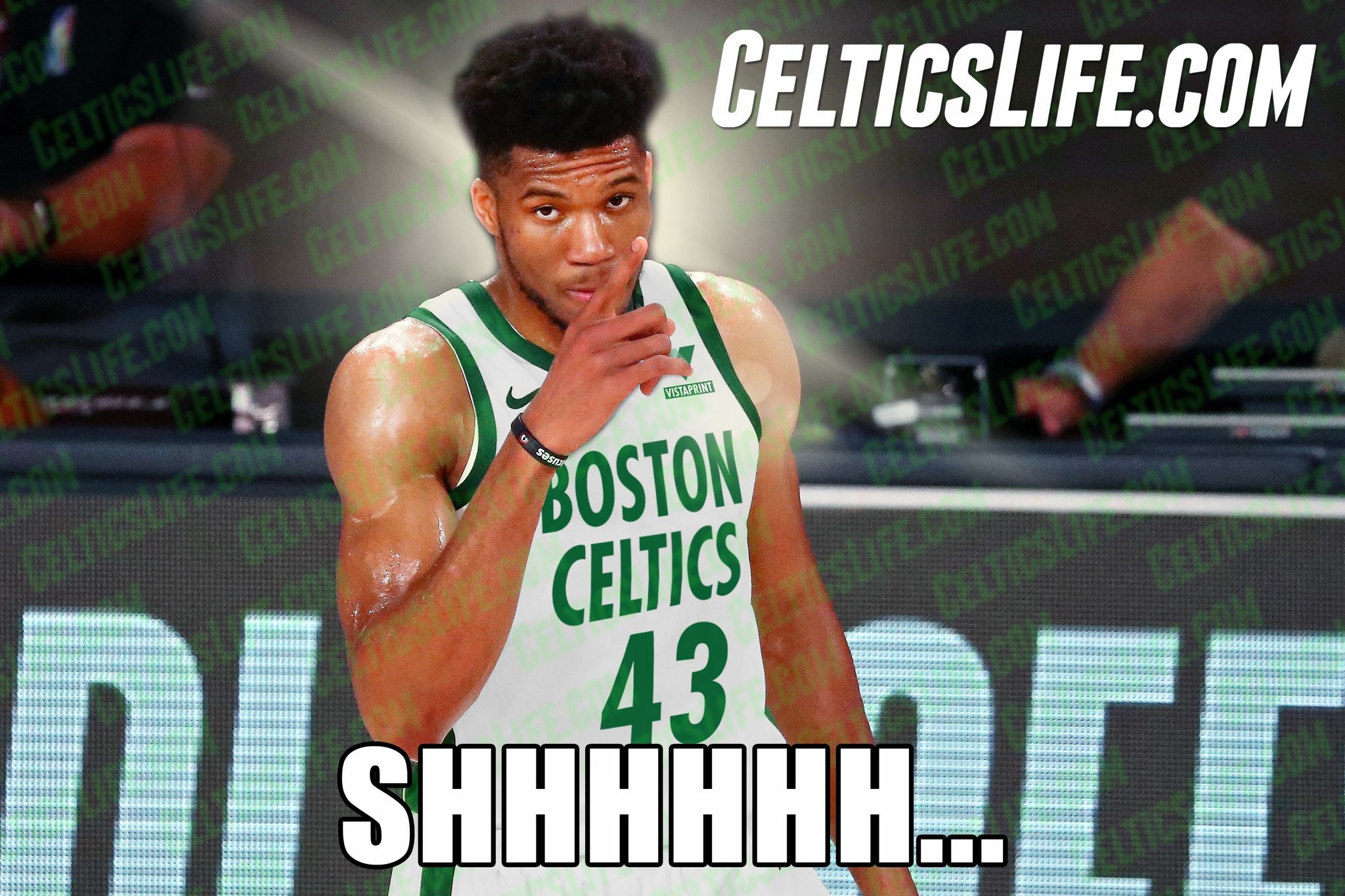 Boston baby! It's happening. It's really happening! Giannis Antetokounmpo who has been reportedly talking to Jayson Tatum about Boston will be teaming up together, along with Jaylen Brown, to bring not 1, not 2, not 3, but 10 championships to Boston. Woo hoo!

If you recall last Wednesday we first heard from longtime, respected, Milwaukee sportswriter Gery Woefel, that Boston was on Giannis' shortlist of potential landing spots, so wipe those Hayward tears from your eyes and keep your eye on the big picture that Danny is a genius and Antetokounmpo will be swapping his Bucks green for the much cooler Celtics green.

Said this on air so worth tweeting: Heard a while back that Giannis reached out to @jaytatum0 a while back to do some resaerch on Boston. I suspect has done same things with players from other mentioned markets. But doesn't feel like he's going anywhere before start of season. https://t.co/ofkWKKhTxJ

In all seriousness, the odds of Giannis signing with the Celtics are low and closer to the remotely low end of that spectrum. I still think he re-ups with the Bucks. And this Bam Adebayo no-brainer of a signing by the Heat while eliminating them from signing the reigning back-to-back MVP as a free agent outright certainly doesn't take them out of the running.

By the way, someone who knows Giannis well told me Giannis would be more impressed by Heat extending Bam than by making Bam wait a year for his money to get Giannis more easily. Bam and Giannis are friends.

This does make the Heat adding Antetokounmpo considerably more complicated though, since now the Bucks will have to play ball. And Milwaukee certainly will want to see what other suitors would be willing to part with for Giannis in a trade. This is also where the Celtics could again come into play. They could be "Charlotte" next summer to Milwaukee's "Boston" and Miami's "Indiana" to use the recent Hayward love trade triangle. One big caveat is there will be no negotiations on salary with Giannis.
There's also a less attractive way that "The Greek Freak" ends up in Boston. That being through a trade. And everyone always loves talking about trading for a star, but then hates to hear who would be included in the deal. And you'd be talking about names like Jaylen Brown and/or Marcus Smart. And yes Ainge would trade both for Giannis, no matter how much he loves those guys. So in terms of what you want to be dreaming about its Giannis coming here as a free agent. Likely to happen? Definitely not. But we definitely have a better chance than the vast majority of teams that weren't on his list. And the fact that we have the potential to make a few moves to have the cap space next summer surely helps.
Also don't forget Antetokounmpo was reportedly talking to Tatum about Boston AND... I really wanted to see him in a Celtics uniform so my man EK came through with the above magic. Every Boston outlet wrote about the M.L. Carr story about him trying to lure Michael Jordan out of his original retirement to team up with Dominique Wilkins on the Celtics. And that was extremely more remote. So until this rumor is forever squashed... He's coming to Boston!
p.s. Not a fan of the show FRIENDS, but if you are/were this video will likely be quite funny. If not, blame EK (But just blame me for this post idea! Not looking for any of my friends to take the fall with me. This is my mountain.)