Celtics trade Kyle Draper to Sacramento... well not exactly, but he'll be doing play-by-play for the Kings

First off congrats to Kyle Draper. My guess is that new Sacramento Kings play-by-play man Mark Jones will still be doing a lot of work for ESPN, so Drapes will get quite a bit of games to call. Draper will be missed in Boston. He replaced Gary Tanguay in the studio and I much preferred his positive attitude. He was a homer like you want, but not ridiculously so. Like he could overrate Celtics players like fans of any team will do, myself included, but when there was something obvious to be critical of he didn't put his head in the sand and just spin it. For example most recently when the Hayward to the Pacers deal fell apart he was willing to say that Danny messed up. Draper had the right balance of being a Green Teamer, but not going full Green Teamer if that makes sense.
Thinking bringing back Abby Chin would be the obvious replacement here, but we shall see.

🗣️ Who do you agree with here, @KyleDraperTV or @ChrisForsberg_?

(We'd like to nominate @PhilAPerry to moderate all future Celtics debates) pic.twitter.com/XrCsFHIEZU 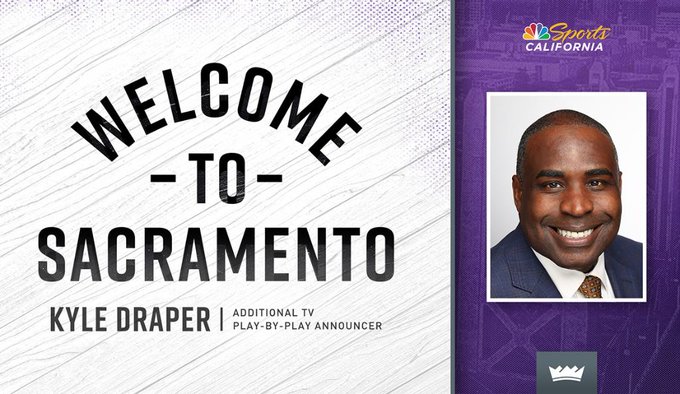 Congrats on the new gig @kyledrapertv Here's one last Tommy Point for the road! https://t.co/CZNj7waKLN pic.twitter.com/0PgAtI6WnM