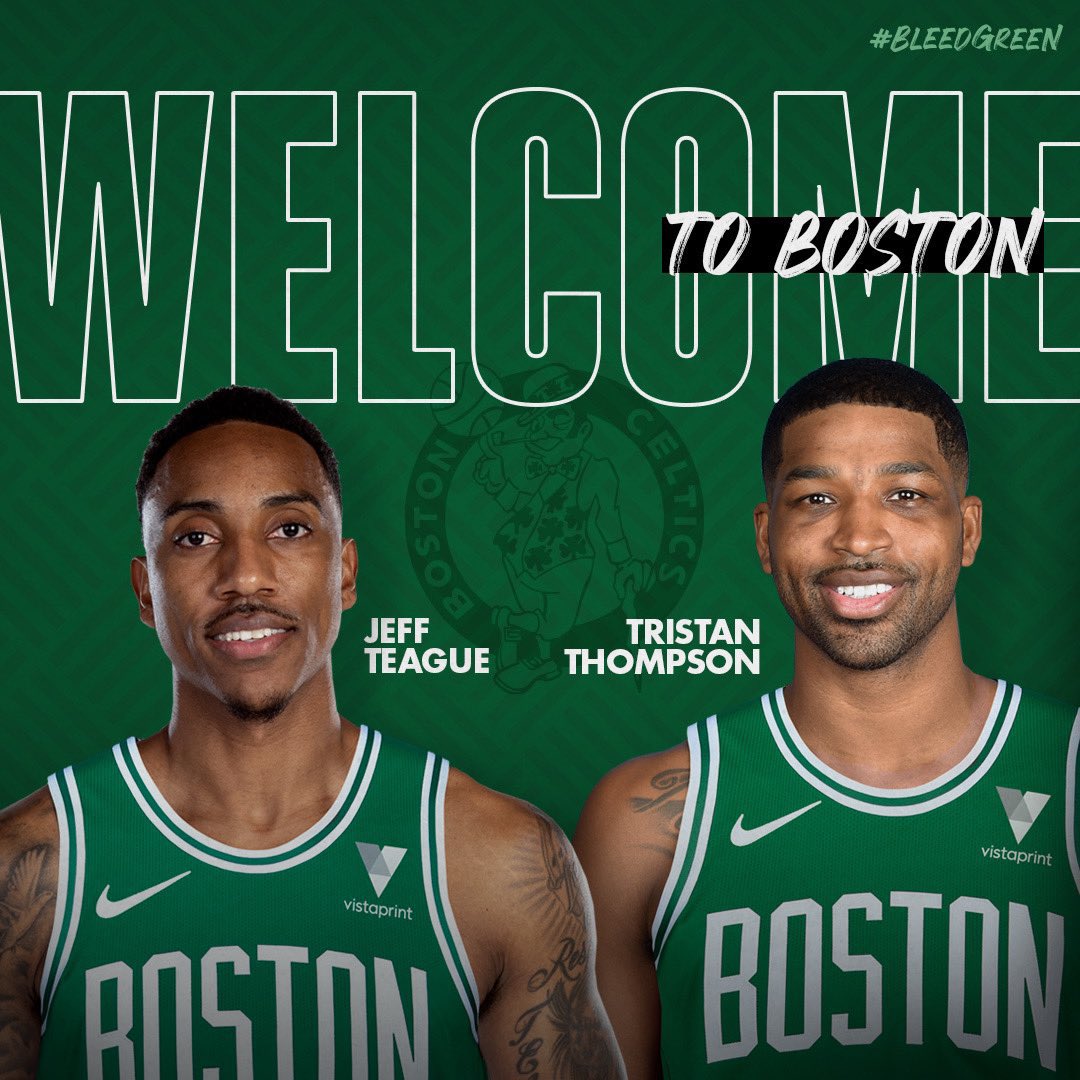 Now that the Gordon Hayward sign-and-trade has been completed the Celtics were able to announce the signings of Tristan Thompson and Jeff Teague. I beleive if the Celtics had gotten back players for Hayward, they would have had to use other exceptions and means to sign these two. Maybe a sign-and-trade with Cavs. Regardless that doesn't matter now. The Celtics are now hard capped according to Bobby Marks.

For the Celtics to use the full $28.5M trade exception during the season, they would need to clear out $9M in salary. https://t.co/NnG7dVegIo

Tristan Thompson becomes the rare new player that actually gets to keep his number on the Celtics. He will remain #13, while Jeff Teague has chosen #55, most famously previously worn by Eric Williams and Wally Szczerbiak. Welcome to Boston Tristan and Jeff. Green suits both of you.

Jeff Teague is one of only seven NBA players to average at least 10.0 points and 5.0 assists in each of the last eight seasons (minimum 40 games played) https://t.co/e122ilDVkB

He's the only one of that group to produce at least 4.0 offensive rebounds per contest https://t.co/e122ilDVkB