The Boston Celtics faced the Philadelphia 76ers in the third game of their round one playoff series last night. The Sixers were hoping to avoid falling into a 3-0 hole as no team has ever come back from such a deficit, and they played with a clear sense of urgency. The game went back and forth a few times and came down to the final minutes of the 4th quarter, but the Celtics were finally able to pull away after some defensive heroics from who other than Marcus Smart, winning the game 102 to 94. This was easily the Celtics’ most challenging game of the series, so what does this game tell Celtics fans?

The Celtics ended with 10 turnovers, and while this may not seem like a lot, they only amassed 13 over the past two games. Most of their turnovers last night came at critical moments where Philly was able to turn up the pressure. With 7 minutes left in the game Daniel Theis tried to lead a fastbreak, bringing the ball up court and losing it to the quick hands of Josh Richardson. Philly was able to start a break of their own which ended with an old fashioned three-point play for Richardson thanks to a Theis foul and goaltend, bringing Philly within 4. Just two plays later a bad pass from Jaylen Brown resulted in a 3 for Shake Milton, making it a 1-point game.

Poor decision making and an energized Philly defense seemed like it often had the Celtics scrambling and forcing bad passes and shots. Overall, they shot 41.4% from the field and 25.8% from 3. It seems as though they’ll be playing the Raptors in the next round, a team who is touting the second-best defensive rating in the playoffs, as well as finishing the regular season in the second spot among all teams. They match up with the Celtics much better defensively than the likes of a Ben Simmons-less 76ers team. If Boston isn’t able to limit their turnovers and work to get good shots, they’ll certainly find themselves in trouble trying to win games going forward.

To go along with their shooting troubles, they were never able to get Jayson Tatum going due to early foul trouble. He often helped off onto Joel Embiid in the post and he ended up fouling him 3 times in just the first quarter. He was only able to spend 32 minutes on the floor and was never really able to get his offense going consistently, shooting just 31.6%. 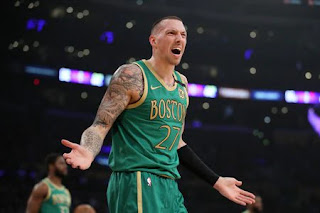 The foul trouble continued just as the war on Theis did. Theis ended up fouling out of the game in the 4th after picking up two quick fouls trying to keep Embiid out of the paint. Both calls were quite questionable, the first one being unsuccessfully challenged by Brad Stevens. Philly was able to pull out 29 points in 34 shots from the line, Embiid taking 16 of them. The Celtics need to be more disciplined defensively to avoid ticky-tacky reach-in fouls and from fouling jump shooters going forward.

Maybe the most indicative stat of Philly’s sense of urgency was their work on the boards. They were able to pull down 20 offensive rebounds to Boston’s 3. Boston can’t allow so many second chance opportunities, being that a better team than Philadelphia will easily capitalize on those, something that can be very disheartening after an otherwise good defensive possession.

As weird as it may sound, there are actually some positives that can be pulled from the tough shooting night. It showed that even though Philly was hungry, the Celtics were hungrier. They showed great resilience, taking punch after punch and still finishing the game ahead. It seemed like every time Boston was about to pull away the Sixers had an answer to bring it back. There were 11 ties and 10 lead changes, and the Celtics were even down by 2 with just over 2 minutes remaining in the game. The play that turned the tide was Marcus Smart putting on his best Stephon Gilmore impersonation, intercepting a cross court pass from Joel Embiid. Before landing he was able to pass the ball off to Jaylen Brown who came down the court and earned a crucial and-one to give Boston a one-point lead. From that point Boston went on to a 10-0 run to close out the game.

Kemba went on to rave about Smart’s defense after the game, saying “I just can’t see how he’s not in the Defensive Player of the Year consideration.”

“I just can’t see how he’s not in the Defensive Player of the Year consideration.”

This game also really exemplified how important it is for the C’s to have 3 players averaging 20+ points per game. Kemba came through big with 24 points on 50% shooting, hitting the dagger after stepping back on Al Horford (making it all the sweeter.)

Jaylen and Jayson were still able to get 36 points between the two of them despite shooting 37.5% and 31.6% respectively. The bench managed 20 points, Grant Williams putting up 7 of those. Williams is currently shooting 100% (!!!) from 3 in the playoffs after starting the season 0-26.

Grant said Wednesday night, it made him happy knowing his first bucket in the Playoffs came from three after starting his career 0-for-26 from beyond the arc. https://t.co/rnRFMqdqe2
— Abby Chin (@tvabby) August 22, 2020

Overall, it feels good to know that we can still win games when guys are struggling, although we can’t rely on teams to have as poor shooting nights as the Sixers did last night. Guys like Tatum, Smart, and Theis have to have a little more self-control to avoid getting in foul trouble to ensure we can use their services throughout the game and don’t bail out the other team with free throws when they aren’t shooting well. Grant Williams has possibly been the sixth man of the team so far with great showings in his limited minutes. He uses his great basketball IQ along with a whole lot of heart to impact the game, so hopefully he can continue to get quality minutes going forward. If the team is able to settle down and play in rhythm their offense can be unstoppable, but they need to make sure they finish off defensive possessions by crashing the boards. This team is in a great place, being on the brink of sweeping the 76ers in the first round and looking to close it out tomorrow at 1 PM.