Which teams might benefit from a neutral site playoffs?

Shams Charania and The Inside the Association crew discuss the potential of playing the NBA playoffs at a neutral site in Disney World, Orlando. In terms of which teams might benefit it's not just the neutral site, but the fan-less arenas. If fans were allowed at the games (and they should not be), I'm pretty sure there would be a pretty strong Celtics contingent in Florida. 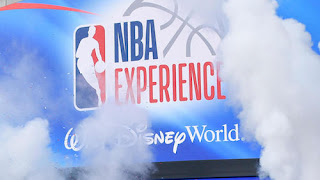 It's pretty much anyone's guess who will benefit. Obviously the lower seed teams will have slightly more favorable odds than before. Best of seven series tend to significantly favor the favorites, since it's a lot easier to upset a team one night than to do it four times. So in the end, I wouldn't really expect many more series upsets, but Game 7's at a neutral site will be much more appealing than trying to win it in front of the opposing team's fans.