‘The Last Dance’ throws up some questions about Michael Jordan

One of the most-watched and discussed shows in recent times has been ESPNs documentary on the legendary Chicago Bulls side of the late 1980s and 1990s, called 'The Last Dance'. The documentary has, in particular, focused on Michael Jordan and his influence on this repeat championship-winning team, and while there is absolutely no question that viewers are shown multiple occasions where Jordan shows why he is considered one of the greatest to have played the game, there are also quite a few questions which have now come up about his behaviour towards his teammates, as well as off the court.

Jordan states multiple times in the documentary that he was obsessed with winning, and would do whatever it took to win. This wasn't just confined to basketball; Jordan needed that competitiveness in every walk of his life, be it on the court, at the golf range, when playing cards with his teammates or even when in training. This singular drive and focus is one of the biggest reasons for all of his success, but it also led to him rubbing some teammates the wrong way. A few players did go on record in the documentary to call him unpleasant, and even a jerk, but they all also admitted that he was the best teammate they could have had. Jordan was a leader, and he led by example on the court, but he also expected all his teammates to reach his own lofty standards. Admittedly, that was not possible for some of them, and this did cause a lot of friction between Jordan and some of his fellow Bulls at times. There is the infamous occasion when Jordan punched Steve Kerr in training once, and he also laid into teammate Scott Burrell's drinking and partying habits, even going so far as to call him 'garbage'. These are just a few instances where Michael crossed the line potentially, but as he has said on the show, it was just his need to win at all costs which drove this behaviour. 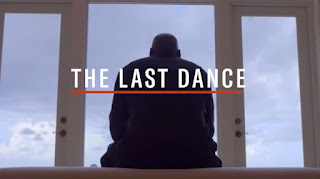 Even off the court, Jordan exhibited similar signs of competitiveness. This manifested itself in his love for gambling, and there were legitimate concerns around this habit of his, with many people feeling that he was addicted to it. One of the biggest incidents, from the media's point-of-view, came in 1993 during the Eastern Conference Finals. Having been 2-0 down to the New York Knicks, Jordan took off to Atlantic City with his father and some friends to gamble at a casino for real money, and get the series and the surrounding noise out of his head. The media reported that he only got back to the team hotel in the early hours of the morning, while Jordan has disputed that and said that he was in bed by 1 am. Nevertheless, being such a high-profile athlete with a love of gambling always put him in some unpleasant situations with the media. There were even claims that his retirement from the sport in 1993 was fuelled in part by NBA commissioner David Stern secretly banning him for 18 months for his gambling habits. This has been rubbished by all parties concerned, and Jordan made a successful return to the NBA in 1995 after a dabble with baseball.

Michael Jordan is still one of the biggest and most revered sports stars in the world. His achievements with the Chicago Bulls, dragging them to six NBA championships and making himself and coach Phil Jackson legends in the process, are the stuff of NBA history. However, we have seen how his own need to win sometimes manifested itself in his behaviour towards his teammates, and it is for this reason that many people have wondered if Jordan was as good as a leader, as he was as a player.