Tommy Heinsohn: Romeo Langford has "all the stuff that they (Celtics) were looking for" 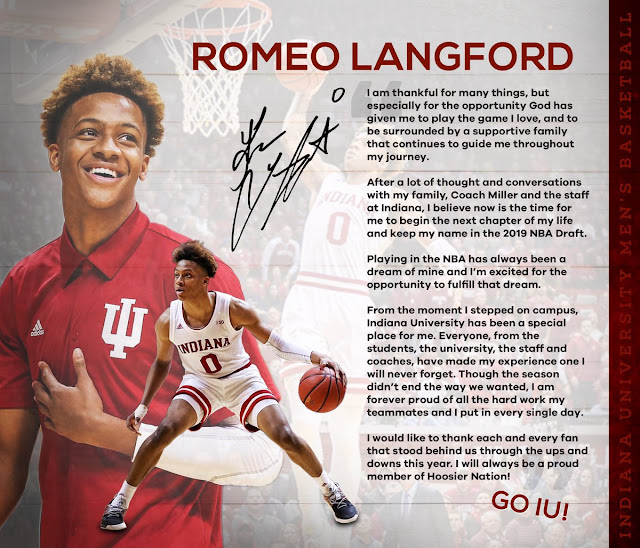 Romeo stands 6'6" with a 6'11" wingspan, terrific length for a guard, particularly if he can transition to point guard in the NBA. He is a great finisher that attacks the basket and racks up an average of 6.1 free throw attempts per game. His smoothness may erroneously project to some folks that he lacks motor, effort and passion (per Boston.Com's Tommy McArdle):

“[Langford’s] got all the stuff that they were looking for,” Heinsohn said. “He’s a very versatile player. He’s not a fabulous scorer, but he’s a potential point guard, he’s a potential scorer, and he’s a potential really good defender. He can play and defend a couple of different positions. So in their eyes – and I’m sure it’ll prove to be true – he’s just going to be a great all-around player.”

Romeo Langford said that some question his passion for the game and his effort, but they don’t realize it’s that he’s just so smooth.

Best draft pick of all time.

Roger Murdock (I mean Jabbar) got pissed when the bratty little kid questioned his effort on the court. Langford may have the same reaction to fans' less-than-enthusiastic endorsement of him. In college, he had both thumb and back issues but still performed at a high level. Minus the issues, we need to see just how good he can be as a member of the Boston Celtics. Kid needs a chance - doesn't everybody.