Expect to see a LOT more Timelord next season


For much of last season, a certain vocal subset of Boston Celtics fans clamored for the team to give minutes to Robert "Timelord" Williams.

Now, the Timelord's moment has arrived.

Through the exodus triggered by, well, a lot of things I'd rather not revisit for a little while at least, Boston now finds itself sans Al Horford, Aron Baynes, and almost certainly Marcus Morris Sr. and Daniel Theis. 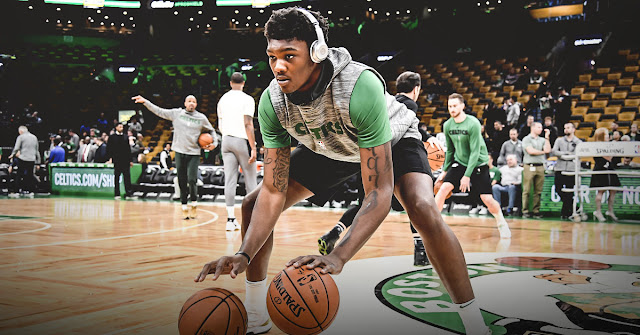 This gaping hole in Boston's frontcourt needs warm bodies, and besides Gordon Hayward, Guerschon Yabusele, and recently-drafted undersized forward Grant Williams (who is a great name-based addition to the team, I might add), there's practically no one to soak up the 96 minutes of available frontcourt time.

While reports suggest Boston is interested in bigs like the Orlando Magic's Nikola Vucevic, even if they land such a target, you should expect to see a lot more of (Robert) Williams this season simply because of necessity.

That of course means a lot of flashy blocks and dunks, but also a lot of missed defensive rotations too. Given the team is likely rebuilding for at least next season though, that'll just have to be part of the package.