"It", of course, refers to the latest round of the Anthony Davis trade sweepstakes, with David Griffin, GM of the New Orleans Pelicans, reportedly beginning to take calls about the star big man. 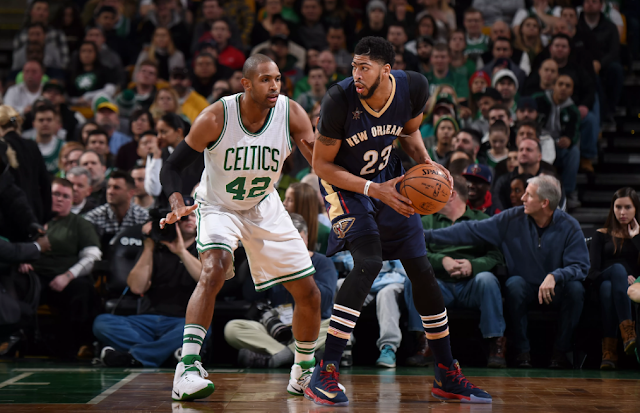 Griffin, who hoped to try and convince Davis to stick with the team after landing the top overall pick (and, presumably, the draft rights to Zion Williamson) in this year's NBA Draft Lottery, has evidently failed in that endeavour, and now has shifted his focus towards securing the best possible haul for AD.

What that may be remains to be seen, but the general consensus around the league is that the Los Angeles Lakers, New York Knicks and Brooklyn Nets are all expected to compete with the Boston Celtics for the chance to land Davis via a trade.

BREAKING: David Griffin and the #Pelicans have begun listening to teams about potential trade including Anthony Davis, per our insider @ShamsCharania. pic.twitter.com/nXAg8It2uS
— Stadium (@Stadium) June 4, 2019

There are a number of factors which may influence the composition -- or even existence -- of a Boston offer, ranging from whether Kyrie Irving and Al Horford re-sign come July 1st to the fact that, despite rumblings AD might be open to resigning with the Cs, AD still has not listed Boston among his desired destinations (which include the Los Angeles Clippers,  Laker,s and New York Knicks.

Ultimately, that list may not matter, whether from the Celts sealing the deal with a godfather offer or some other darkhorse mucking up the works for the expected suitors.

All we can do now is sort through the reports...and wait.