Lost in the commotion about where Kyrie Irving and Anthony Davis will be playing next season is the fact Boston Celtics free agent forward Marcus Morris Sr. has interest in making a return to the team next season. 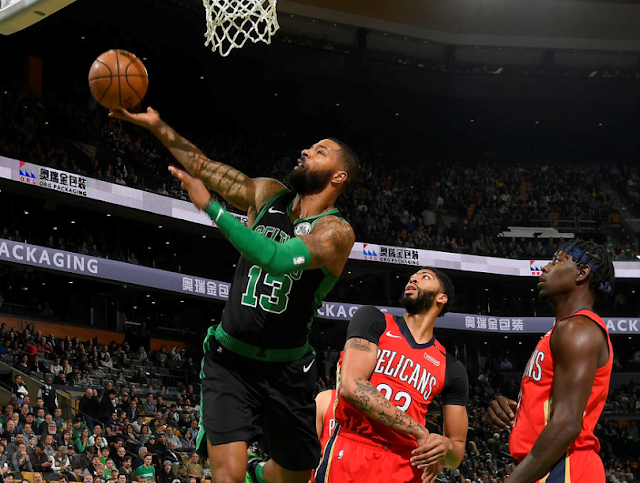 It seems the team shares that interest, too, but has other, more pressing concerns in the likes of Davis and Irving, but expect a deal to be on the table for the former Kansas standout should things break that way. Per the Athletic's Shams Charania:

"Celtics free agent Marcus Morris will have strong interest as a second-tier free agent, with teams such as the Knicks, Kings, Lakers, Clippers and Bulls expected to be in pursuit, league sources said. Morris, 29, had arguably his best all-around season, averaging 13.9 points, 6.1 rebounds and 1.5 assists per game and serving as a versatile scorer and defender either as a starter or reserve. League sources say Morris remains open-minded about returning to Boston, which wants to bring Morris back but has several summer priorities such as Kyrie Irving."


As with much of the anticipated free agency class, Mook's future in green and white is tied to moves outside his -- and much of the league's -- control. Though the NBA Finals are far from decided, and the July 1 end to the moratorium fast approaching, the wait between the end of Boston's season and the summer day where so much work could be consummated or dashed to bits feels like an eternity both ahead and behind.