Celtics vs Bucks: Could we see a certain feud reignited for a part two?

The Boston Celtics and Milwaukee Bucks are set to do battle in the NBA Playoffs once again, and while all the questions raised will quite rightly be about matchups, possible outcomes and how the C's will stop the Greek Freak, one question i have is - Will we see a part two of a certain feud that stole the spotlight last year? 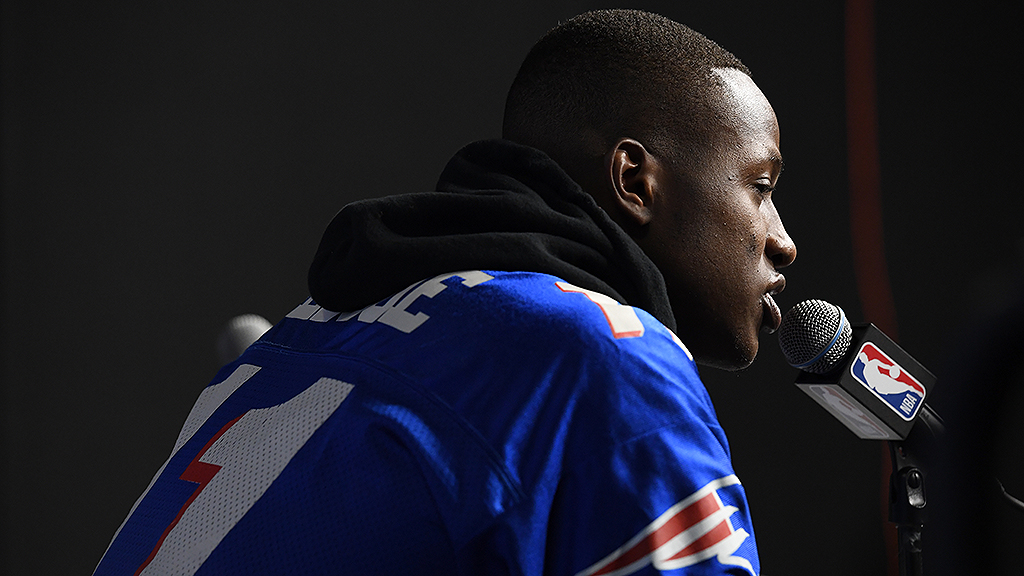 It's fair to say the Celtics and Bucks provided us with plenty of entertainment over the course of last season's seven-game series, but there was one thing that will be forever remembered that happened off the court that played a significant role in that series. After the Celtics claimed a 113-107 victory in game one at the TD Garden, Celtics guard Terry Rozier "accidentally" had a little slip of the tongue which resulted in Terry referring to Bucks' Eric Bledsoe as no other than former New England Patriots Quarterback Drew Bledsoe.

While it would seem nothing should have really come of it other than a laugh at Rozier's expense, it was, in fact, the complete opposite and was the start of something rather fascinating. Bledsoe - the Bucks' Eric and not the Pats Drew, just in case, you know - did not take too kindly to the "accidental" mix up and actually fire a shot back at Rozier, that would set us up with one of the most entertaining talking points of the series.

And just in case, you needed a reminder of what started it all off, here's a video of both of those "infamous" post-game interviews just to refresh the memory:

Now, of course, we all know that Bledsoe (Eric) was fully aware of who Rozier was - after all the guy had just dropped 23 points on his team while holding him to just 9 points and actually sank a three over him in the clutch of game one. As for game two and the key game in which that interview took place after, Rozier had yet another solid outing and helped himself to 23 points from 8-of-14 shooting (57.1%), with three coming from behind the arc as he shot a hot 60 percent from deep.

Terry also added eight assists to his name while ending the game with a +/- of 19. As for Bledsoe (Eric), he would finish with numbers of 12, seven and four to go with his +/- of -3. You could say it was the fact of frustration that his team was 2-0 down in the series that caused the Bucks guard to comment the way he did, and at that given time you would have probably been right to a certain extent as nothing much really came of it expect from a huge NBA Twitter meltdown along with complete dominance in the media itself - so you could say this was a major talking point and very much warranted too, as lets face it - who doesn't love a who would win competition that's broken down by anyone and everyone who comes into contact with a keyboard.

However, that was up until game five when things got a little heated shall we say. With 9:39 remaining in the third quarter, Rozier made a dribble handoff play at the top of the arc with Semi Ojelye which resulted in Rozier trying to use an Al Horford screen, all would have been fine except Bledsoe (Eric) somehow avoided big Al's screen. This is where we all learn that this "beef" between Roizer and Bledsoe (Eric) was in fact very much still on. After some back and forth bumping into each other, Rozier was knocked off balance by the Bucks guard and all hell broke loose at the baseline.

Thankfully, that was pretty much the last of the fued we saw between the two players for the remainder of the series and tthe Celtics went on to win a game seven, to set up a conference semi-final match-up with another bitter rival - Philadelphia 76ers. However, although Roizer had already won the war with Bledsoe (Eric) and sent him and his team fishing for the summer, there was still time for Terry to have one last laugh at the expense of the Bucks guard. The newly nicknamed "Scary Terry" rocked up to game one of the semi-final series vs Philly wearing a throwback Pats jersey with - yep you guessed it - no other than a #11 Drew Bledsoe on his back.

So with Terry now very proudly rocking his Bledsoe (Drew) jersey, it was very clear that he had gotten the last laugh and it was all said and done - Wrong. Cometh the hour and cometh the man, the Celtics found themselves in a game five situation with Philly in Boston and with a win would be on the way to the Eastern Conference Finals. So what could possibly give this team and their fans anymore of an uplift?

You guessed it, an appearance by the man himself - Mr. Drew Bledsoe. He and Terry met prior to the game and Drew stuck around and even jumped in on a post-game press conference. Perhaps one of the most memorable things from that night was when the Celtics showed Drew courtside and he in a Terry Rozier jersey, rallied the TD Garden. 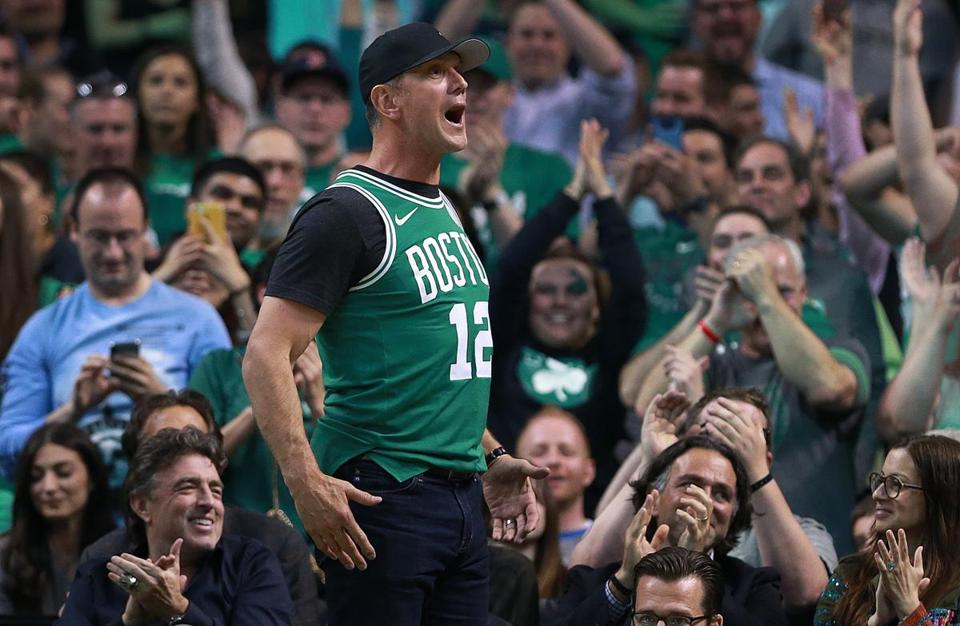 With the Celtics and Bucks set to go at it once again, there's no telling whether the feud between Bledsoe (Eric) and Rozier will pick up where it left off, and given that Kyrie Irving is fully healthy things are very different for the Celtics this time around. However, things for Bledsoe (Eric) are also different and he has been a key contributor for Milwaukee through round one. The 29-year-old is averaging 19.3 points, shooting 52.5 percent from the field, and also has an average of 5.3 assists. The biggest area though that he has improved upon is his plus/minus, he is currently holding a +15.3 plus/minus, which is tied second-best on the team with an MVP candidate and the main threat to the C's - Giannis Antetokounmpo.