Cs "fan" using slurs vs DMC got 2 year ban due to youth, evidence


There is no place for racism in the NBA (or society more generally), and in light of recent incidents around the league, a general trend towards lifetime bans for those who attend live games and choose to deploy racist verbiage has become the consensus response.

Let me say that in general, this is the appropriate response - adults in 2019 ought to know better, and no one deserves to face that sort of behavior at all, least of all the stars of a league that is more than two-thirds non-white.

NBA teams have done right by this ethos, most notably with an extreme example at a Utah Jazz game, where a "fan" and his wife had some choice words for the Oklahoma City Thunder's Russell Westbrook. 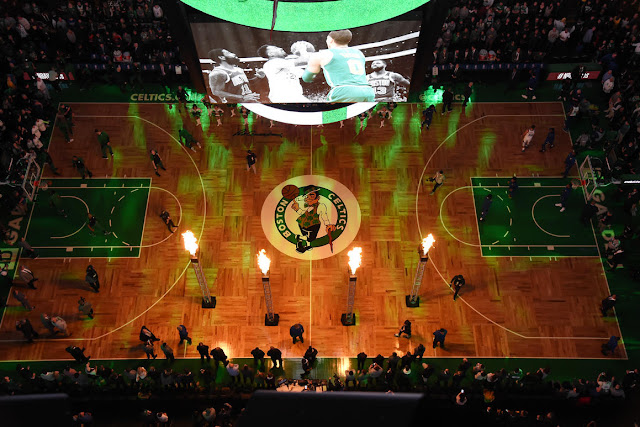 So when news broke that a fan had directed similarly problematic language at DeMarcus Cousins and the Boston Celtics only levied a two-year ban, many heads -- mine included -- spun, as we wondered how a franchise already dealing with a reputation as one of the more racist cities in the sport would justify such a response.

I say "might" for a few reasons; firstly, being white, I don't really have the standing to decide if such a course of action is the right one, as I'm not part of the aggrieved community. But more crucially, it seems, there were key factors going unreported until Yahoo's Ben Rohrbach decided to poke around and get some answers, the most important of which was:

The slur-user was a minor.

Reached out to Celtics with 3 questions this morning:

• As tenants, does Garden security fall under their purview?

• In light of recent NBA events, will they now consider a lifetime ban?

• How else might they address fan behavior (a la Jazz owner)?


Before you can argue that's not an excuse, don't worry - I agree. It isn't, but unlike the other, higher-profile case with the Jazz (who conducted a thorough investigation uncovering both video evidence of the incident as well as a history of racially-charged social media posts), the team claims they worked with the Golden State Warriors to determine the appropriate course of action.

Evidently, the lack of accounts from anyone else on the Warriors or any other corroborative evidence and the age of the offending party led to the decision to take a more lenient path.

Perhaps the logic was that youthful ignorance may have played enough of a role that harsh sanctions (the unnamed youth will have lifetime probation after the two years are up, whatever that means) and negative attention might be enough to change the kid (I myself have seen such an unexpected event when the son of one of the country's most prominent racists publicly recanted his family's views after some time away from their orbit at my undergraduate university), but the odds are against that happening.

To finish: Any fan who uses racial epithets of any kind should be banned for life. Actually adjudicating this as an NBA team is more difficult than that obvious statement. I think we all wish these things were more cut and dry.
— Ben Rohrbach (@brohrbach) March 29, 2019


We live in a world where racism -- and trying to find ways to extinguish its overt presence in public life -- are anything but clear-cut. For me, at least, a two-year ban and probation after is still a slap on the wrist. One's presence at a live game is a privilege and not a right, as you are quite literally representing the franchise's fandom writ large, and that comes with a sense of decorum above and beyond even general public comportment.

I think in this case, another shot at the privilege of being the visible face of Celtics fandom should require community service with one of many organizations working in the Boston metro area (including the Cs) to fight racism and its effects ought to be part of the deal, and even then I'm not entirely comfortable with the idea that our mystery twit would get back that privilege.

For now, I'm going to take a back seat to listen to how the aggrieved communities are digesting and reacting to this information, as it is not my place to make pronouncements on their behalf -- and I encourage those of us from a similar background to consider doing the same.