It couldn't have been much closer, but a late-game Kyrie Irving bucket bailed the Boston Celtics out and secured at least a shot at the fourth seed in the postseason with a 114-112 win over the Indiana Pacers.

Given the near photo-finish between Boston and the team (Indiana) they will most likely face in the first round of the 2019 NBA Playoffs, it may be more important than some of us wanted to believe that Boston comes away with the win, and for once this month, that's not a knock on the Celtics, who have reverted to their maddeningly inconsistent ways for much of March.

Boston played well overall, shooting 51.2% overall from the field and nearly as well (48.1%) from deep, with the Celts in control for nearly the entire game, though the Pacers kept it close, taking the lead briefly in the second half a few times. 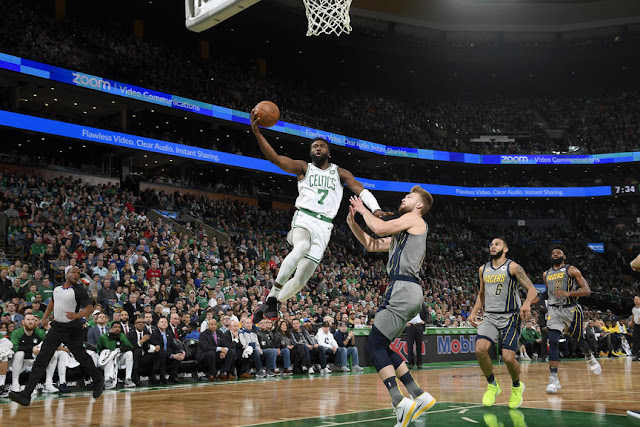 Irving not only iced the game in the final seconds, but led Boston with 30 points and five assists, followed by Al Horford's 19 points and seven boards, and Jaylen Brown's super efficient 16 points on 7-of-10 shooting. Even Aron Baynes had a solid outing, logging 13 points and boards each.

The Celtics now stand at 45-31, and control the fourth seed by virtue of tiebreakers over Indiana, who have an identical record; for more details on the seeding race, check my article earlier this week.

For now, suffice it to say Boston can't rest on its laurels, needing to close the season strong with the Brooklyn Nets looming tomorrow afternoon, a pair of games against the Miami Heat on Monday and Wednesday, and a potentially definitive rematch with the Pacers a week after tonight's game before ending the season against the Orlando Magic and Washington Wizards the following week.