Some Ironic Algebra from a most confounding season 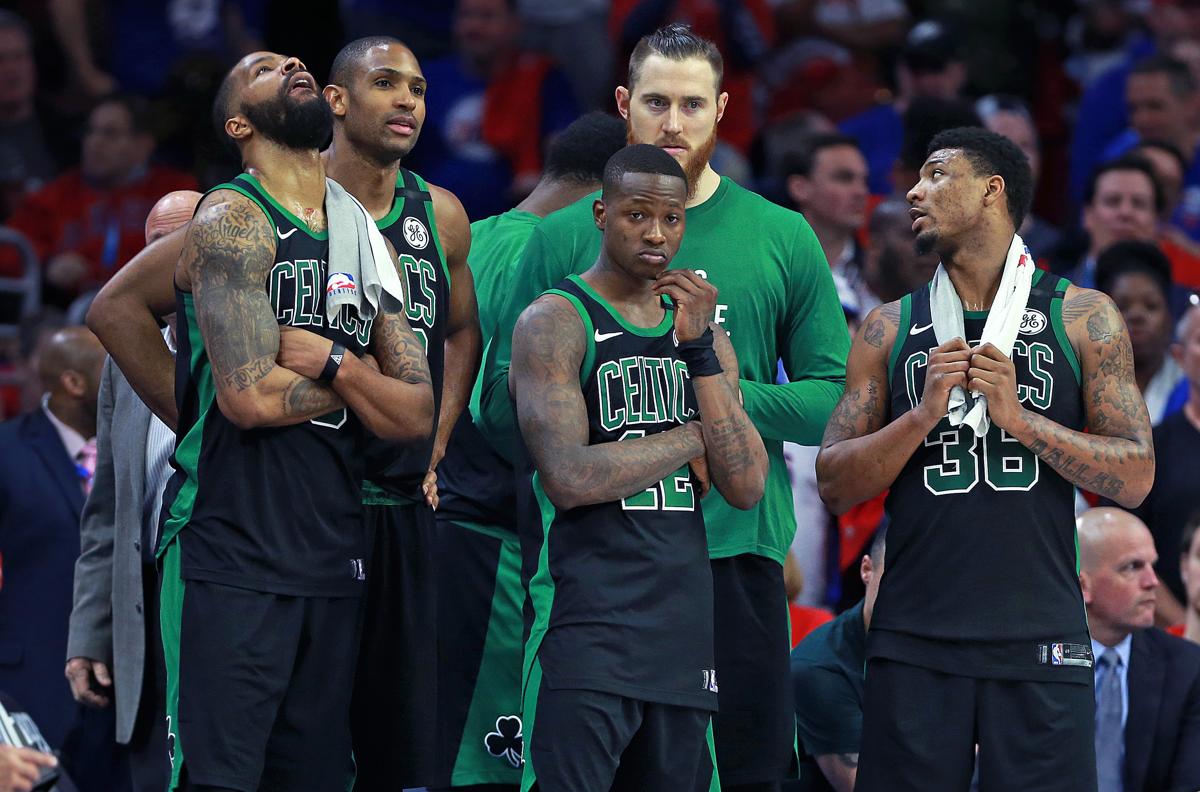 “Every time you think you have all the answers, I change the questions!” The late, great “Rowdy” Roddy Piper made that line and that notion the centerpiece of his iconic pro rasslin’ persona.

Brad Stevens and his 2018-19 Boston Celtics have been – and not always in a good way – living up to the Hot Rod’s catchphrase as the burden of “Expectation” on the team’s performance at times has defied not only expectation, but logic.

Take Wednesday’s victory over Duane Casey’s pesky Pistons. Despite fashioning an eight-point victory, the C’s found themselves on the wrong side of the ledger in Points off Turnovers (-4), Follow-up Points (-1) and Free-throw Attempts (-19). 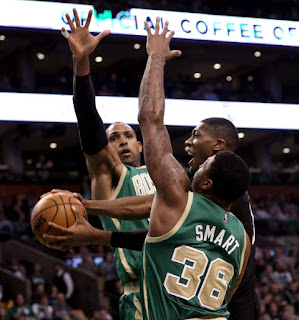 This game represents the ninth time this season that Boston had been outperformed in all three of these categories. It also represents their fifth triumph under such conditions – Nov. 1 vs Mil, Jan. 2 vs Minn, Jan 16 vs Tor, Feb. 3 vs OKC. (As anticipated, I guess, all five wins happened at home, all four losses on the road.)

This “irony of outcome” also hovers over the seven games in which Boston has posted an edge in TO points, F-U points and FT attempts; they’ve managed to lose four of them – Nov. 21 vs NY, Dec. 21 vs Mil, Dec. 31 at SA, Jan 12 at Orl. (Two of the three wins were on the road.)

And then there was last Thursday’s contest with the Lakers. For the 20th time this season, the Celtics outscored their opponent in three of the game’s four quarters of play. For the first time under those circumstances, the Men in Green managed to lose.

Boston has registered more conversions than the other guys in 35 of their 58 games up to this point, emerging victorious in 31 of those outings. They’ve been out-converted 20 times, dropping 17 of those encounters … they’ve won the three games in which conversions were even. 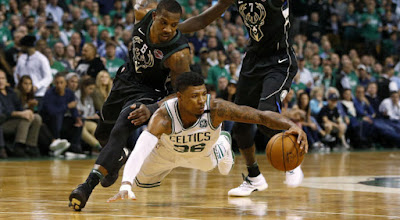 The C’s proficiency at the three-point and free-throw stripes has exceeded that of the other guys in 42 games thus far, 33 of them victories. Our boys are 4 – 9 when being out-striped and have lost the three times that “Striping” was even.

In five of the last six weeks, Boston opponents have attempted more 3FG’s than have Brad’s Bombardiers. In the process, the Celtics’ usage rate (3PAr) has dropped from .402, No. 3 in the league, to a seventh-ranked .390. Over the same stretch, accuracy improved from .363 to the current .372.

You don’t suppose this was a New Year’s Resolution, do you?

I wish my skill set included the capability of manipulating images so as to get Coach Stevens and Piper into the same picture – now that would be some irony!!