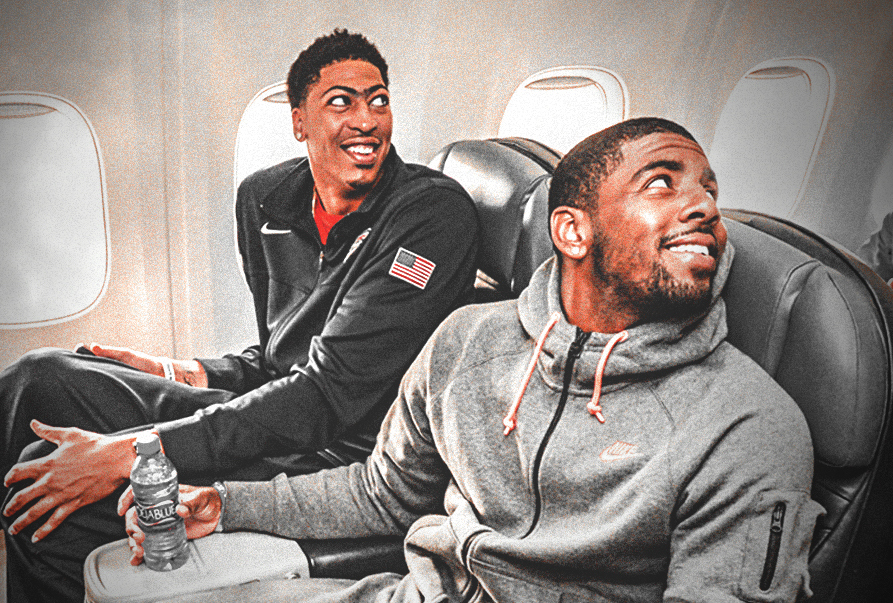 According to national NBA reporter Chris Haynes, not only should Celtics fans not get their hopes up about Anthony Davis coming to the Celtics, but we should worry about Kyrie Irving leaving this Summer.


Of course Haynes says look for the Lakers and Knicks to be the favorites to land Davis (because you know all NBA stars are always rumored to be going to those two teams/markets. Reality is neither teams have attractive offers to make to the Pelicans. The Celtics are pretty much the perfect match for New Orleans if you have to trade Davis. Of course the Celtics need to wait until this Summer due to the Rose rule. But do they really?

The most Danny Ainge move would be to trade Irving away and bring Davis in before the deadline. You may protest saying well then Davis definitely won't re-sign with Boston. But you have him signed still for another season and two playoffs. if the Celtics could make the Eastern Conference Finals last season without Kyrie (and Hayward), are you telling me they wouldn't be formidable with last year's squad plus Anthony Davis and Hayward). That team would be favorites in the East and AD wouldn't leave a squad like that. But he wants to play in Los Angeles? Blah, blah, blah. Is that where L.A. native Paul George decided to sign?

What about Irving? Won't it look bad that the Celtics traded him? Not at all. Irving knows it's a business and used the business side of things to force his way out of Cleveland. Despite one press conference prior to the season, where Irving said he'd like to re-sign in Boston, he hasn't exactly been all-in on staying here. Anyone ever think he might have said that prior to the season, so that the media wouldn't bother him with questions every single day about his future free agency? It was a no brainer for Kyrie to say he wants stay in Boston. The reality of what happens this summer is less clear.

Related: Per ESPN: Multiple League sources say Anthony Davis will announce preference for Lakers
REPORT: Anthony Davis has requested to be traded
Getting around the Rose Rule for Celtics to trade for Anthony Davis