The Celtics have been taking a lot of heat lately for their uninspired play, and deservedly so. Last night, in Boston's 124-107 win over the Pelicans, was different. Marcus Smart started the game in place of the injured Jaylen Brown, and the Celtics tough defense made the difference. 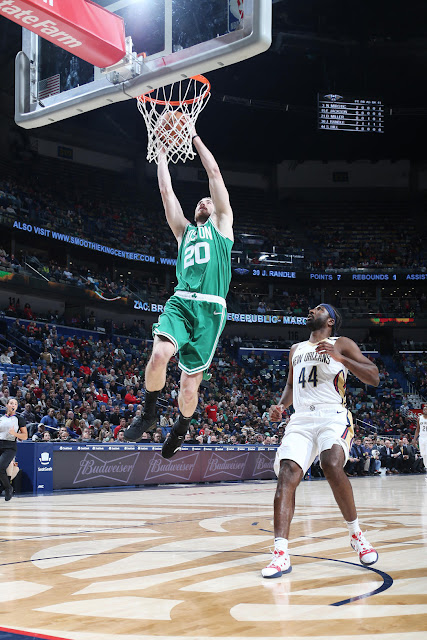 New Orleans suffered through 22 turnovers, and the Celtics were able to pick up 32 points on the board as a result of the miscues. Boston racked up 15 steals in the game, and three of them can be seen in the video below. Kyrie Irving's steal (one of his five in the game) leading to a hoop by Al Horford is at the :17 mark of the video. Gordon Hayward's theft and score can be found at the :38 mark, and Jayson Tatum's steal and full-court drive is at the 1:18 mark.

And these thoughts are coming true. Pels came in as the team that runs, but the Celtics are running it down their throats. C's lead 22-9 and have outscored NOLA 10-2 in fast break points. https://t.co/P3GDHDV09X

The Celtics got into their defensive stance right out of the gate and kept it up. Here is the difference-maker. The Celtics thus far in the season average 16.8% of their points off turnovers. In last night's game, that percentage went up to 25.8% of their 124-point total - or 32 points. Grit and determination produced the result we have been waiting for. We hope it can be sustained.