There have been higher vertical leaps - but never one by a player weighing 285 pounds. The crew at Duke had a lot of fun watching Zion Williamson attempting the leap, and they had to raise the stand by placing weight plates under it. His vertical leap measured at 40 inches. It has become obvious to my readers that I am fascinated by this kid. No one yet know how all of this will translate to the NBA, but his promise is astounding. 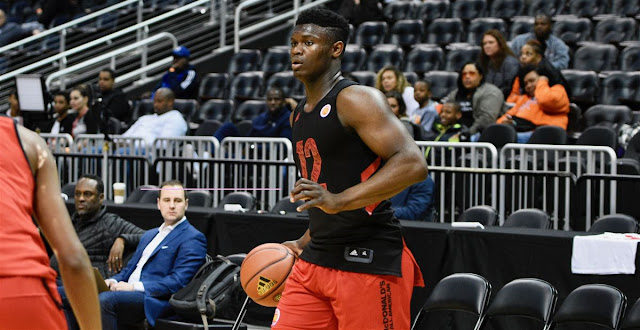 Take a few minutes to watch the video below. I work on the physiques of my clients and try like hell to maintain some semblance of a defined body in myself. Take a close look at the above photo and the videos and note Williamson's leanness and muscle definition. This is no fat guy.

I will add one other observation that I made of Zion via the photo below. Look at the size of his hands. Compare them to the other players. They are huge. He very well could be a phenomenon in the NBA. 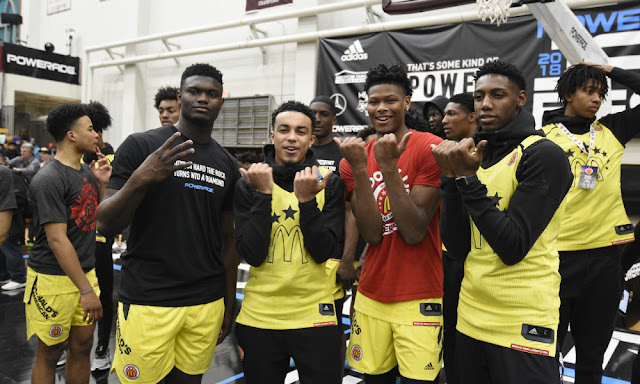