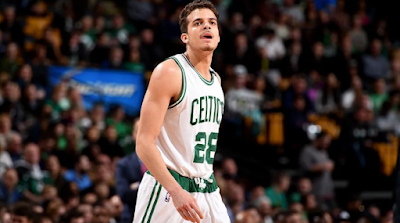 RJ Hunter is a Houston Rocket no longer.

Hunter, who was drafted by the Boston Celtics 28th overall in the 2015 NBA Draft, was waived by the Rockets Friday. RJ has struggled since coming into the league despite being known for his high-IQ play and three-point shooting in college.

Hunter averaged 3.8 points, a board and .6 assists per game while shooting .667 from the field but just .214 from deep over nine minutes per game (including one start!).

RJ also played for the Chicago Bulls in the 2016-17 NBA season, though he only appeared in three regular-season tilts for that club, spending much of the season with that team's G-League squad, the Windy City Bulls.

While there might not be a bevy of NBA teams calling Hunter right now, he's still young and could find his way into a rotation role with time, or perhaps an overseas stint. However his career pans out, we wish him the best here at CelticsLife, and hope to see him suiting up in the Association again soon.