Horford was a model for Robert Williams long before Boston


Sometimes, the basketball gods are not subtle, and even then, we mere mortals may not pick up on the message right away.

Years before Robert Williams was drafted by the Boston Celtics, Al Horford's presence loomed large in his life. Not directly, mind you, but undoubtedly so, as Horford's former coach, Ron Meikle, ended up in Williams' neck of the woods on a whim.

I know this part of Louisiana well. It's in the middle of nowhere, literally, unless of course you happen to be from there. It's beautiful, rich red earth covered in pine forest and soy, rice and corn fields. Broken up only by the brief urbanism of Shreveport, and the Red River lazily making its way to the Mississippi among sometimes literal shacks in many a town, the area is peppered with "mom-and-pop" gas stations, grocery stores, and churches in very small hamlets. 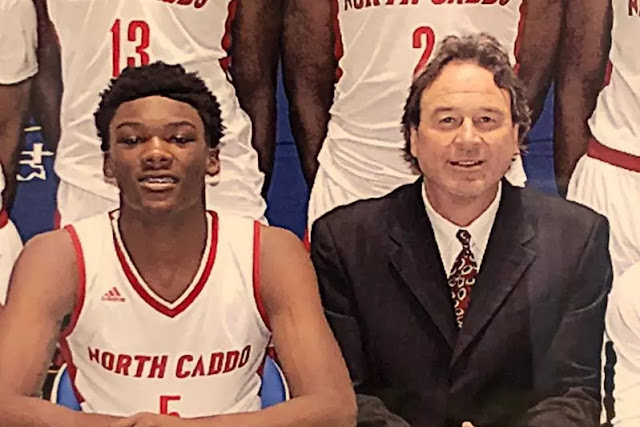 So when I say it was chance Meikle ended up here, I can't emphasize enough his decision to stop here  after leaving the Atlanta Hawks and his job working with Al being about personal connections and not in any way an excuse to grab a po-boy and a beignet (that's five hours south, folks), I am in no way exaggerating.

But, Ron's buddy Larry Bagley just happened to be from the area and was the president of the state's high school basketball association, and could see how much the man was missing his time in the NBA, according to a new article by the Boston Globe's Adam Himmelsbach (check the whole article here).

Keen to a promising prospect at a high school close by whose basketball team needed a head coach, Bagley told Meikle about the opportunity on the off chance he was interested in staying in the basketball business. Ron did, and in just days, instead of continuing on to California, where he planned to look for work, he was the new coach of the North Caddo Rebels of the eponymous high school in Vivian, Louisiana, where he'd be guiding rising sophomore big man Robert Williams III.


New: "I’d say, ‘Robert, Al Horford didn’t learn it all in one day.'" Before Ron Meikle became Robert Williams' high school coach, he was a scout who helped bring Al Horford to the Hawks. Horford has already been an example for Williams to follow for years: https://t.co/MOgANapDz5
— Adam Himmelsbach (@AdamHimmelsbach) August 16, 2018

Said Robert of the coincidental pairing, (per Himmelsbach): "I always find it weird how Coach Meikle ended up down there in that small place ... but everything happens for a reason. I’m glad he was placed there." Meikle, part of the group who pushed hardest for the Hawks to draft Horford, used his experience developing the Celtics' All Star big man as a model for Williams.

"Coach Ron always talked about Al not being the fastest, but definitely one of the most efficient. Every move was on point. He pays attention to detail, defense to offense. He does everything at the right time.", said Robert (again, per Himmelsbach) of his training and Horford's presence in it through Meikle. "Al has a routine, and I feel like he doesn’t give up on it, even in the offseason ... He has this constant pattern he lives by, and obviously it’s made him successful in the NBA so it’s a great opportunity to follow him."

It's much, much to soon to say if the patience and dedication of Horford have truly taken hold with Williams' training, but it shouldn't be long before we start getting some of the earliest returns to see. Until then, it's encouraging that such an unlikely series of events not only tied Robert to Boston long before they drafted him, but quite possibly via one of the best possible ways for someone struggling a little out the gate to get accustomed to life as a big-city professional after a lifetime in the country.