It seems that the Los Angeles Lakers, with the addition of Lebron James, truly believe the old Lakers-Celtics rivalry is back. They even went so far as to promote the March 9, 2019 contest with some gutter humor - placing the sacred Celtics logo on a trash can. 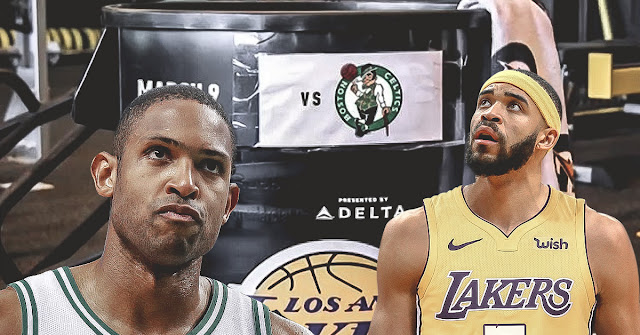 Always one to think outside the can - er, box - I view the perverted attempt to minimize the Celtics strength in such a match-up as backfiring. A close look shows the Lakers literally at the bottom of the barrel, well below the Celtics. The Lakers obvious attempt at combining advertising with symbolism seems to have failed.

My only answer to such Tom-Foolery can be found in the tweet below. Our loyal readers and Celtics fans can give their own reactions in the comments section.