The old-time center position may have gone into hiding, but that doesn't mean it is dead. Celtics rookie Rob WilliamsIII may just be the one to bring it back. 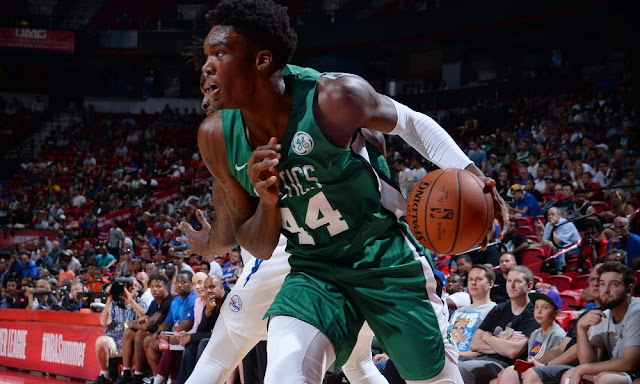 The old-time center, personified by Bill Russell, Wilt Chamberlain and Kareem Abdul-Jabbar, was usually a low-post scorer, rebounder and shot-blocker who rarely roamed far from the hoop, both on offense and defense. He was known to shy away from any shot further than 10 feet from the hoop and was often a poor-to-mediocre free throw shooter. Shots from 3-point-land, even before it came into existence, only happened if the shot clock was about to go off. Passes from the center position rarely came from the high post, but the still-not-extinct center-of-old normally possessed decent passing skills.

Tag me fam, i need the followers.

One of the many reasons coach Brad Stevens gets so much out of his troops is that he puts them into situations that bring out the best in them. He does not force them into a type of play that goes against their strengths. Brad doesn't coerce players into his system. Actually, he says he has no system. He lets the various talents of his crew dictate the style of play. Williams is clearly a low-post scorer and defender, rebounder and rim-protector. My guess is that Stevens will fly with that initially when Rob is on the floor.

In my recent interview with Brian Scalabrine, he cited Jaylen Brown and Jayson Tatum as "having their heads on straight" as a key reason for their success thus far. Williams had a somewhat rocky start but appears heading in the right direction. I am now following him on Twitter and will be rooting for his success with Boston. And I am looking forward to writing about his play on the court as opposed to his tardiness off it.