The upside of Stephen A. Smith being all up in your favorite team's business is it means they are clearly doing well. 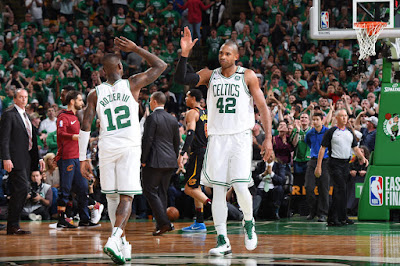 ESPN's resident screaming analyst has a well-known propensity for stirring the pot of whatever big names are at the top of the NBA dogpile, and evidently the Boston Celtics are far enough up the totem pole that Smith has decided to see what kind of trouble he can whip up for clicks.

Interviewing Boston's budding young floor general, Terry Rozier, on First Take, Smith pokes into the Celtics cap situation to get an idea of what's going on behind closed doors regarding how the players see their role in next season and beyond.

Smith is clearly trying to bait Rozier into saying something dumb, but Scary Terry takes the high road, delivering some soothing words to Celtics' fans ears.

Watch the video yourself to catch the full exchange - apart from Stephen's heavy-handed efforts at generating controversy, it's a pretty informative clip.